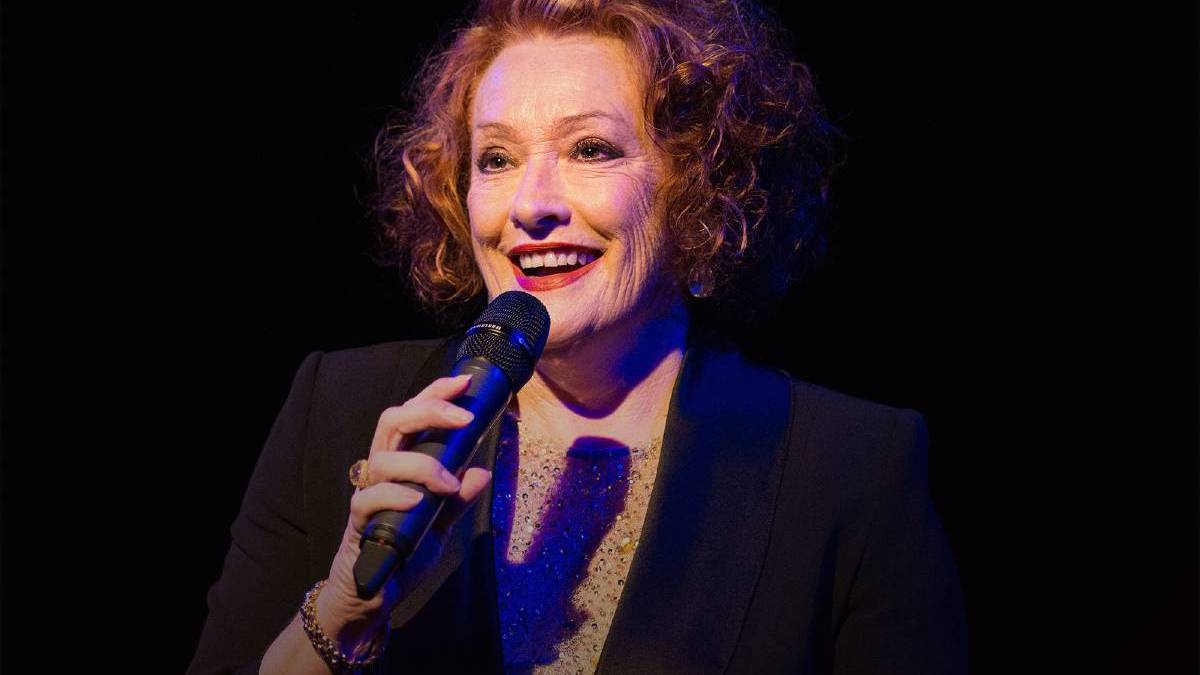 Geraldine Turner is one of Australia's most renowned stage stars, but it wasn't without a fight.

Geraldine Turner is one of Australia's most renowned stars of the stage, TV and silver screens while her face and voice are so familiar to most of us even if the name may escape us.

When she was little she wanted to be so famous that she would be referred to as 'Our Geraldine' by all Australians in the same way that people spoke of the great Gladys Moncrieff as 'Our Glad'.

Growing up in Brisbane in the 1950s and 1960s in a dysfunctional family fraught with alcohol abuse, violence and mental health issues, Geraldine could hardly have imagined the places her talent would take her and the esteem in which she would one day be held.

"Anyone under 30 doesn't know me these days," she said. " You have to expect that as you get older. Young ones don't even know what happened last week but I've always been interested in history."

Geraldine shares poignant stories of her nightmare upbringing with her parents and brothers and the many years of commitment required to make it to the top in her new memoir Turner's Turn (New Holland Publishers, $32.99).

She describes frankly the highs and disappointments of a life in show business, the challenge of maintaining personal relationships alongside a demanding schedule of rehearsals and performances, as well as the rivalries and camaraderie amongst those who have made the stage their life.

"I just didn't want to sit down and write a book about myself in which I said 'I did this, then I did that and after that I did something else'. It's too boring. 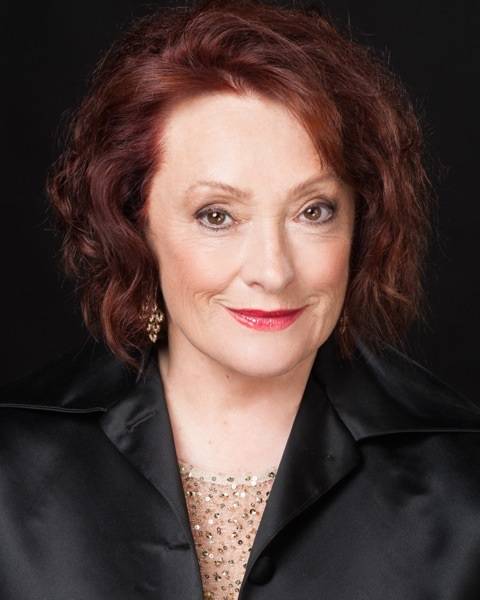 "And I didn't want to whitewash my life. Mind you, I'm looking at it now and wondering if I might have gone too far but it's too late. It's about mistakes I have made in my own life and it's a family history."

Turner's Turn is also the moniker for her intimate one-woman cabaret in which she brings audiences songs and stories from her eclectic theatre career. But the title is the only similarity between the cabaret and the brutally honest autobiography.

So brutally honest that it will take your breath away and reduce you to tears but you just can't put it down. How can it be? It's as though all the stage glamour, the costumes, the music make the family nightmare disappear while she performs.

She is the first to admit that confidence fades once she is off stage and that's what makes her memoir so surprising. 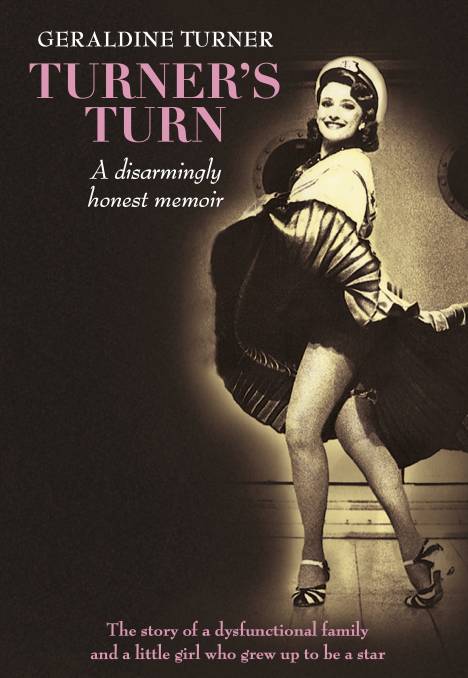 "I was taken to a pantomime at the old Theatre Royal in Brisbane when I was five," she said in Turner's Turn.

"I came home and apparently announced that I wanted to be on the stage. I don't remember this but my mother told me, over and over, as if to instill that memory. Perhaps I never said it. This was the beginning of my mother trying to live her life through me. It was always there, that pressure to please her. Nothing was ever enough. I was never enough.

"She had wanted to be on the stage, but her father wouldn't allow it. She possessed a wonderful singing voice and I believe if she had really had the drive, she could have done it. Maybe I am being a little hard on her, saying that."

Such was her mother's drive to see her daughter succeed on stage, that she would not allow Geraldine to play with friends.

But Geraldine said there were further problems with her father and older brothers.

"We lived in a modest cottage in Spring Hill in Brisbane. It was an inner-city working class suburb which is quite chi chi now. The house is still there and I go to see it when I'm in Brisbane and burst into tears.

"My father was a kind but weak man. When he drank, he became violent. I remember arguments and mum crying. My brothers said Mum egged him on but I don't agree. There is no excuse for hitting a woman. He never hit me.

"Dad wanted us all to get on but we didn't, especially my brothers who were also big drinkers. Dad drank a lot and so did Ralph and Noel and they weren't happy drunks.

"I have seen this over the years with friends, particularly at Christmas as it was in my family. Everything is going well them someone has one more drink and everything changes."

Geraldine's decorated career spans over 40 years and has seen her star in acclaimed Australian productions of great musicals.

She has also starred in a range of Stephen Sondheim works including Sweeney Todd, Company and Into the Woods, which led to an enduring friendship with the great composer.

"I was the first person to record an all-Sondheim album, The Stephen Sondheim Songbook, which was followed by a Volume 2, due to its popularity worldwide," she said.

Other albums include When We Met, Torch Songs, Once In A Blue Moon and her cast albums of Chicago and Anything Goes.

Her screen time has also seen her involved in iconic Aussie shows and films, including Home and Away, All Saints and House Husbands.

Musicals include Wicked, A Little Night Music, Into The Woods, Company, Chicago, Anything Goes, Cabaret, Kismet, Oliver, Guys and Dolls, Call Me Madam, Noel and Gertie, Mack and Mabel, Ned Kelly, Grease, The Witches of Eastwick, Jacques Brel is Aliveand Well and Living in Paris and and operettas La Belle Helene, HMS Pinafore and The Mikado.

Films include Careful He Might Hear You, The Wog Boy, Summerfield and Break of Day.

Geraldine continues to direct and write for the theatre. She has received various Green Room Awards, Mo awards and an Order of Australia for services to the arts.

But after all this time, does she have a favourite production?

"This is impossible to answer. I think Sweeney Todd and Oliver were probably my best roles and I believe I brought something unique to each. But of course, I loved doing Chicago and Anything Goes... all singing and dancing, what can be better?"

"Very hard," she said. "And there is not always a part out there for someone in her early 70s so I'm hoping someone will read this and say they have the perfect part for me."