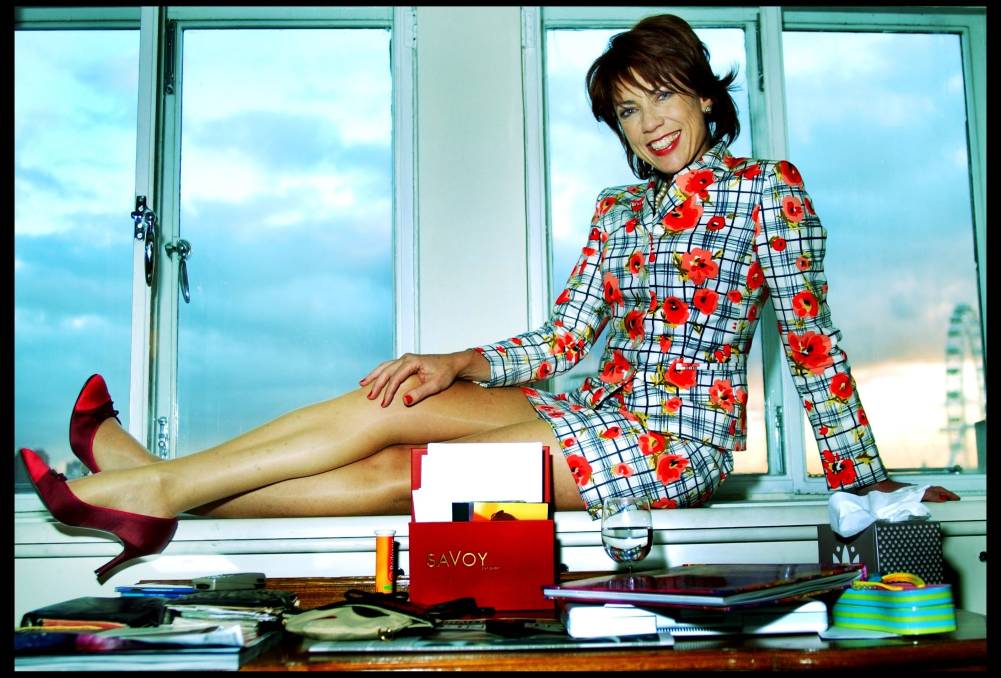 NOT CONTENT TO LETTE IT BE: Aussie author Kathy Lette has released her fifteenth book Till Death (Or a Little Light Maiming) Do Us Part.

Aussie author Kathy Lette wants you to jump in the covers with her. Not bed, but her new book.

Aussie author Kathy Lette has a black belt in tongue-fu and she's not afraid to use it to talk about men, menopause, ageism and what it's like to be a woman of a, ahem, certain age.

And she wants you to jump in the covers with her. Not into bed, but into the pages of her new and fifteenth book: Till Death (Or a Little Light Maiming) Do Us Part(March 29, $32.99 Penguin Australia) which was released on March 29.

Kathy is a celebrated and outspoken comic writer who has an inimitable take on serious current issues in her 14 previous bestselling books and the latest offering doesn't disappoint.

From Puberty Blues to now, the long time champion of women doesn't hold back when it comes to having a go at blokes.

"I hate ageism," she said. "I address it every time because there are so many prejudices against older women.

"When men reach a certain age, they are called a silver fox but women are labelled old bags, old crones or hags. It's not right."

Kathy said age to women is like kryptonite to Superman. Inside every older woman is a younger woman screaming: 'Get me the hell outta here'.

There's not a lot of positive things she has to say about the male of the species. But she said it's not an exercise in man bashing.

"Until we get equal pay I'm going to comically kneecap men as often as possible because it's still a man's world and they deserve raspberries.

"If a man ever says to you that females aren't funny, just explain that the reason women can't tell jokes is because we marry them. Then ask him if he knows why men like intelligent women? Because opposites attract.

"I'm reduced to doing all my research in a very scientific, in-depth fashion over cappuccinos with girlfriends. That's all I do really, write down the way women talk when there's no men around."

In Till Death (Or a Little Light Maiming) Do Us Part and in her trademark way, Kathy explores:

Kathy is not at all shy about menopause and the power of gal pals.

"I think women have two stages in life with an interval in between," she said. "The interval being menopause. Stage one is teens, career, marriage, kids. Stage two is wonderful, amazing and we're better than ever.

"I think menopause is a joyful thing - no periods, no pregnancy, the kids have left home (out the door by 24, that's the rule) and we have this fantastic opportunity for the first time ever to cut the psychological umbilical cord that keeps you tethered to the kitchen by your apron and your heart strings and take on the world.

"Sure, approaching menopause can be daunting, but it's not all despair.

"You will soon be having your own weather, sweating so much you feel as though you're undergoing interrogation by the Gestapo. But why have a hot flush when you can have a hot tropical holiday somewhere exotic? You've raised your kids and paid your dues. It's time to start living again." 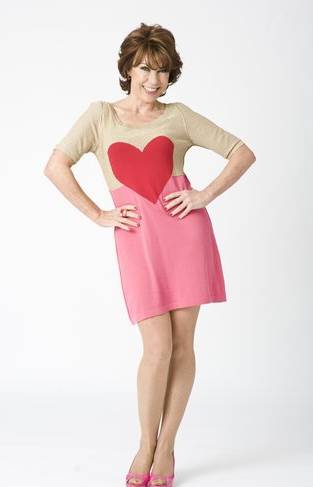 NOT CONTENT TO LETTE IT BE: Aussie author Kathy Lette has released her fifteenth book Till Death (Or a Little Light Maiming) Do Us Part.

Kathy is a firm believer in the powers of humour and gal pals.

"Laughter straps a big shock absorber to your brain," she said. "If you can laugh at something, it takes the sting out of it. When I'm on a girls' night out, I have to be hospitalised from hilarity.

"Laughing at life's adversities is just the way women cope. And yet, I still hear men say so often that 'women aren't funny'. I've heard that in every country of the world I've ever been on book tour. I think they're just terrified what it is we're being funny about.

"So, as you can see, I have a lot to get off my Wonderbra-ed chest. So, why use humour? Because if you can disarm with charm, you're more likely to get your message across.

"Women are each other's Wonderbras: uplifting, supportive, making each other look bigger and better."

Kathy lives in Sydney and London, and can often be found at the Savoy Hotel drinking a cocktail named after her.

"If I have any strength as a writer, it's writing down the way women talk when men aren't around. It's incredibly funny and amazingly frank," she said.

She makes frequent reference to the difference between male and female humour.

"My male friends are really funny, but I call it the black belt in tongue-fu. They fire off one-liners and jokes, whereas women never tell set jokes, ever. They never say 'Did you hear the one about the Irish homosexuals?' No.

"But our humour is very cathartic, very confessional and incredibly candid. I call it stripping off to your emotional undies. And it's a psychological striptease, which reveals all and brings us closer as friends.

"To me, it's better than winning the Booker Prize."

"I think they presume the entire time we are talking about the length of their members, which I always say is not true, because we also talk about the width after childbirth."

She cites her career highlights as once teaching Stephen Fry a word and Salman Rushdie the limbo, and scripting Julian Assange's cameo in the 500th episode of The Simpsons.