LOOKING BACK: Denise Picton's first published novel was partly inspired by her Christadelphian childhood and early career in social work.

Denise Picton drew inspiration from her upbringing while writing her debut novel.

In many ways, author Denise Picton's childhood was similar to that of most Australians, in other ways, it was quite different.

Denise's first published novel The Family String draws heavily on her upbringing as a member of the Christadelphian Church, as well as her early career in social work.

The coming of age novel tells the story of Dorcas - an irrepressible, often naughty young girl and her 1960s upbringing in a Christadelphian family. The book is comedic in parts, very sad in others, and always poignant, exploring how children deal with troublesome family dynamics. It focuses on the difficult relationship between the mischievous Dorcas and her mother, who is trying to raise the family according to the values of her religion, while also battling mental health issues.

Denise said while the story was partly inspired by her Christadelphian roots, it was in no way autobiographical.

The 65-year-old Clare Valley resident has very fond memories of her childhood. describing her friends from Sunday school as her "tribe".

"When I was growing up, I spent most of my leisure time with Christadelphians," she said.

"We lived in gangs that roved for miles all around the place. We didn't come back 'til Mum called for tea." 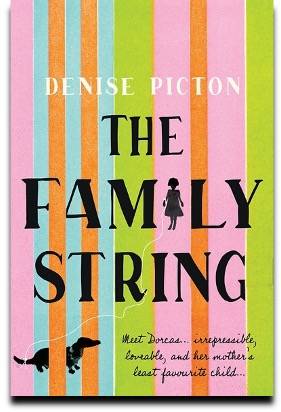 Christadelphians were encouraged to be "in the world" as good citizens, but to refrain from certain activities which were "of the world", such as drugs and sexual activity.

While some rules and core beliefs were not dissimilar to those of other denominations, others set the Christadelphians apart.

Those of legal age were not allowed to vote or engage in politics, due to the belief what happened in the world happened according to God's will.

"We had to write to the electoral commission and explain why we wouldn't vote."

Denise's family had a TV set, but a number of other Christadelphian families she knew did not.

"I think like most churches, how strict it was depended on your family."

Sundays were wholly dedicated to worship. A memorial meeting took place each morning, with Sunday school in the afternoons and a public address each evening, in which members of the public were invited to come along and hear about the church's beliefs.

Denise eventually left the church, she was introduced to other ideas at university and ended up marrying outside of the religion. But she had nothing bad to say about the faith she was raised in.

"I have to tell you, I had a fantastic time growing up in the church.

"My mum still lives in a Christadelphian aged care service (home) and they are marvellous to her."

The mental health challenges faced by Dorcas' mother is a key focus of the book. Denise said just like wider society, the church didn't really know how to deal with mental health issues during her youth.

"Looking back, there were certainly people living with depression, including mums with young children.

"The attitude was pretty much pull your socks up, buckle up and pray."

Denise's early career in social work also provided a great deal of inspiration for the novel's exploration of mental health.

"I spent a lot of time working with really damaged families who were struggling to hold everything together.

"I was really interested in the fact that kids tend to think problems in the family are their fault."

The Family String is the first in a two book publishing deal Denise signed with Ultimo Press. Which book she will choose to publish next may be a tough decision for her and her publisher - she is currently working on her eighth novel.

It's a wonder she can find the time to write so prolifically - through the week, she is busy running Oz Train, her own management consultant firm.

"Sunday is writing day, I sit down at breakfast and write through 'til 6.30pm."

The book will be released on June 1.