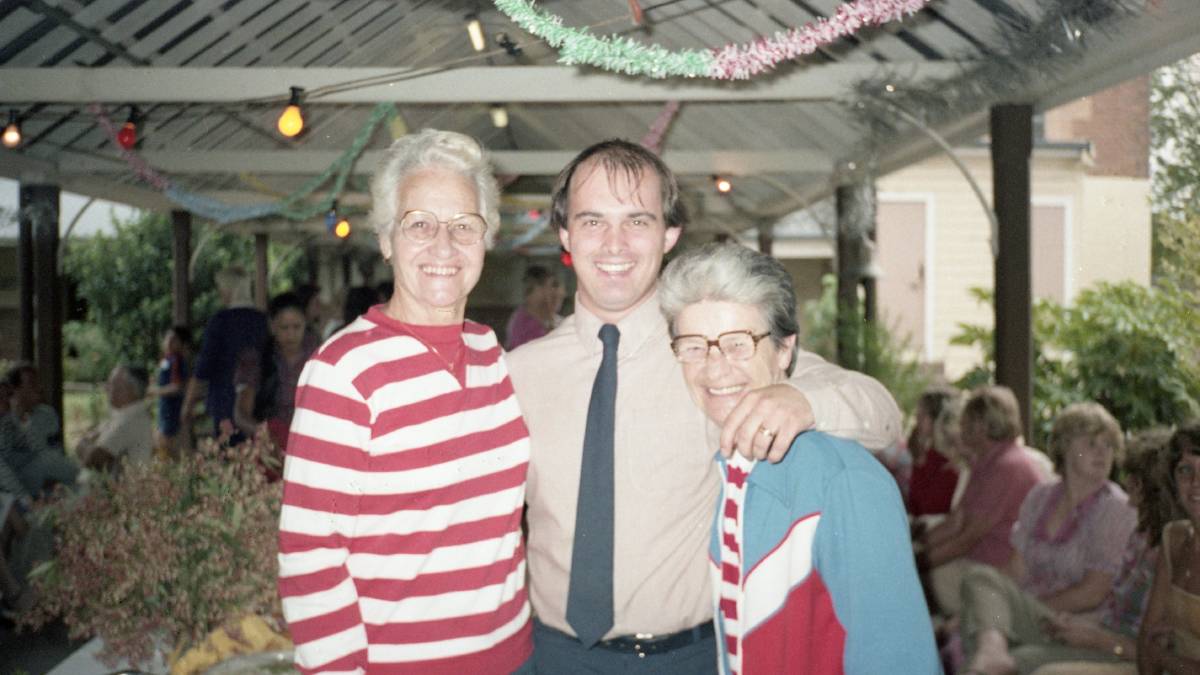 When 22-year-old police reporter for the Toronto Sun Sandi Logan saw a story about two women apprehended with a campervan full of drugs in Australia click over the old wire machine on his reporter's desk, he could have never imagined how much the story would captivate his career.

The thought never occurred to him that more than 40 years later he would publish his first book about the two women who became known as Australia's 'drug grannies' and their fight for justice.

Yet for Mr Logan, now a Mystery Bay local on the NSW far south coast, a "confluence of circumstances" led him to exactly that. The former journalist's first book Betrayed by publisher Hachette was released in Australia on June 1.

Vera "Toddie" Hays and Florice "Beezie" Bessire, both from La Pine in America's north west, were on a self-described "trip of a lifetime" road-tripping the world and ending in Australia - all funded by Ms Hays' nephew Vern Todd.

However they were arrested in 1978 when police found 1.9 tonnes of hashish hidden beneath the floorboards and inside the walls of their campervan. It was, at the time, Australia's biggest drug-smuggling bust. Both women were sentenced to 14 years imprisonment with no parole.

Mr Logan repeatedly contacted the 'two prisoners' - as they were called - asking for an interview. His persistence gained him access where many other media outlets failed.

He met with the two women over a cup of International Roast instant coffee in their prison.

It was here he appreciated this story was more than just your daily news cycle. He realised the pair had been set up by Mr Todd.

"I never considered it more than just an ordinary yarn," Mr Logan said. "I was a young reporter.

"When I began talking with them I realised they had been badly duped and I had to do something about it.

"I couldn't just write a ten paragraph yarn and move on to tomorrow's story."

Mr Logan spent 3.5 years meeting weekly, sometimes more frequently, with the two women, supporting them and advocating for their release.

While the women were sentenced with no parole, Mr Logan said there were flags suggesting an early release was quite possible for the pair.

The attorney general rejected a review of the case at the three year mark, so too the four and five year mark.

That rejection in 1983 was the moment Mr Logan decided to write a book about the case.

"I am not just going to write articles about this," he said. "I am going to be screaming at the top of my lungs in the form of a book."

Public opinion at the time was condemnatory towards the two women, and Mr Logan wanted to change that.

"I felt I had to do whatever had to be done to fight for these women," he said, despite the challenges of public backlash.

A 1983 manuscript for the book was left unfinished when the women were released after serving more than five years in jail. 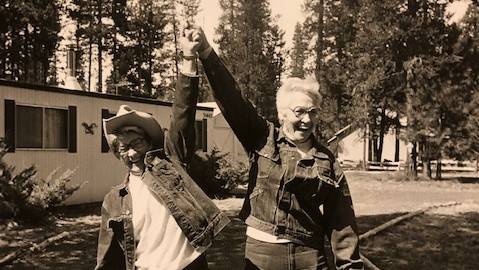 Mr Logan flew to America to visit the women and help them settle back into society. Initially they wanted to tell their story of betrayal and injustice.

"If anyone is to tell our story it will be you Sandi," the pair told Mr Logan, and they gave him their files, cassettes, diaries and photos.

However as they resettled into their homes, Ms Hays and Ms Bessire wanted to move on and not dwell on the past.

"You tell the story one day, but we don't want to do it now," they told Mr Logan. 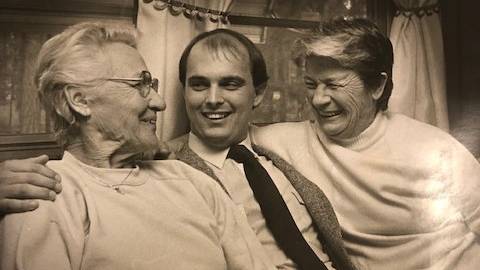 Mr Logan with Ms Hays and Ms Bessire inside their La Pine home days after their release from prison. Photo: Steve Boyer

That was almost 40 years ago.

COVID lockdowns allowed Mr Logan more time for research and writing, and he was thankful to return to the book after such a long time delay.

He said the people involved were more willing to be interviewed now - the introduction is written by a former narcotics agent who infiltrated and helped apprehend the women - and more information had come to light with time, for example the story of Mr Todd and his fleeing into hiding after the event.

"Time gives you the chance to reflect and consider what occurred," Mr Logan said.

However time has not erased the wounds; Mr Logan is still emotional when he reads the women's diaries, or thinks about what they experienced.

"These were two human beings stripped of their individualism and freedoms and liberty," he said.

Though both Ms Hays and Ms Bessire have died, Mr Logan feels a sense of duty to them and their story.

Betrayed was released in Australia on June 1, and available on the Hachette website. 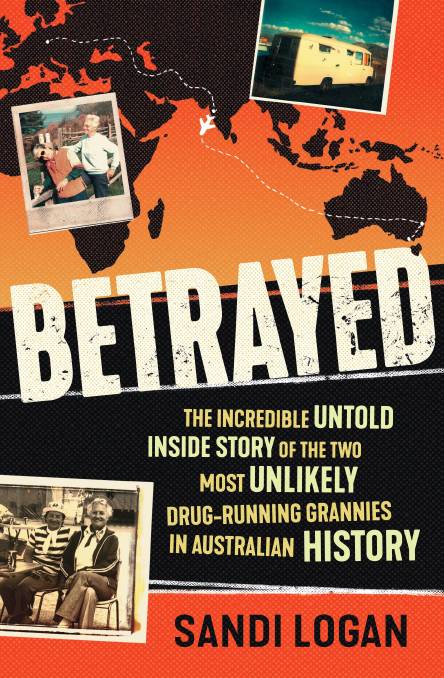