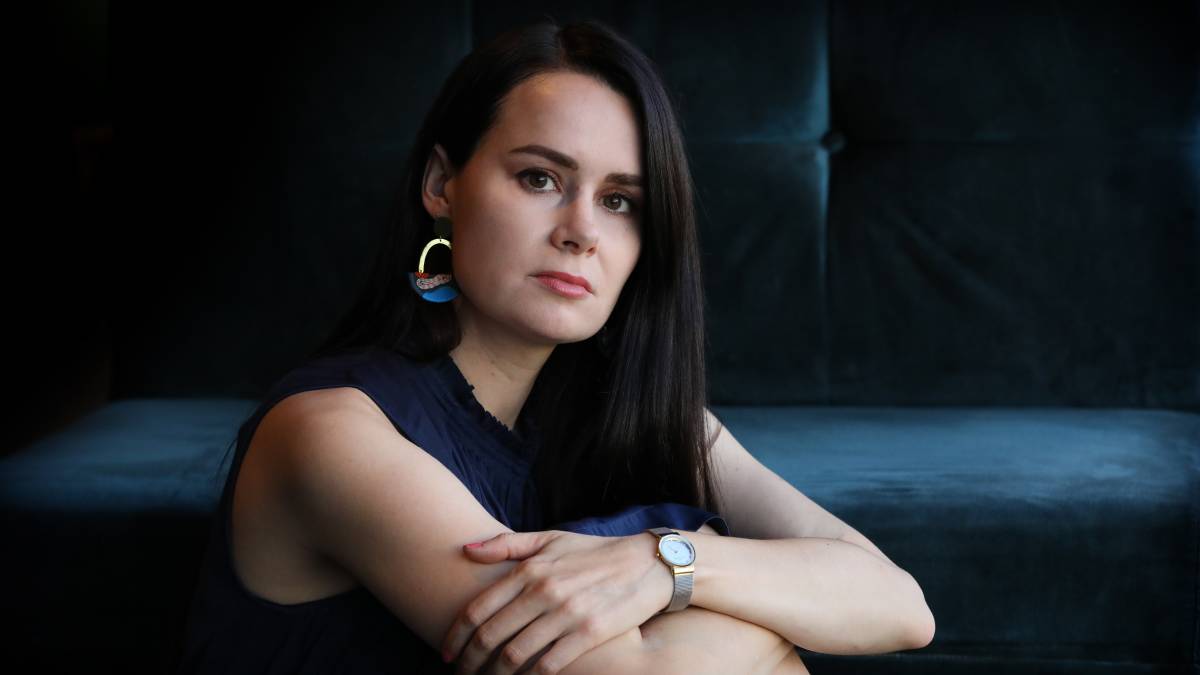 After more than two years in an Iranian prison, Kylie Moore-Gilbert reflects on her time in her book 'The Uncaged Sky'.

If there was one word Kylie Moore-Gilbert would use more than any other to describe her 804 days in an Iranian prison, it would be as a game.

The former academic at Melbourne University was detained in an Iranian prison in September 2018 and was only released after two-and-a-half years of manipulation, hunger strikes and futile court cases.

The release of her book, The Uncaged Sky, is structured to retell the horrors she experienced as different types of games. Ms Moore-Gilbert said the time in prison was like a "multi-level, multi-faceted game" in the realms of geopolitics, diplomacy, intelligence and personal wills between herself and her captors.

"I felt like I was a player trapped in a game, whose rules I didn't understand, whose parameters I couldn't see and others had cards in their hands. I might have had a card or two in my hand, too, but because I didn't understand the rules I often played the wrong card and shot myself in the foot," she said.

"They were constantly playing games, constantly manipulating, constantly tricking you and putting informers in your cell and doing all these machinations and the whole thing was just like this elaborate, complex, multi-layered game."

Ms Moore-Gilbert's book recounts the tension between herself and the Australian government early on to make her case public with the media, as diplomats told her family and friends to keep the case quiet.

"Every arbitrary arrest of an Australian, DFAT always advises that the family stay quiet and that there'd be no media coverage," she said.

While she remained grateful for the support of the Australian government, she maintained "you need to bring your approach into the 21st century" when it comes to making political arrests overseas more public.

"The media can be used as one tool among many with which to try and gain leverage over that other country in your negotiations to bring them home. It's not the enemy," she said.

Throughout her interrogations in prison, Ms Moore-Gilbert was often lied to, given "ludicrous charges of espionage" and authorities regularly tried to recruit her to work as a spy for Iran.

Through this, Ms Moore-Gilbert learned to navigate "alpha males" whose egos were "so fragile" it was "humorous and entertaining" for her, as she used their weaknesses to her own advantage.

"It was a process to get to the point where I started to resist and fight back and stand up for myself," she said.

"They were going to convict me, anyway. I may as well claw back some shred of integrity by fighting them."

The solidarity between prisoners was a major part of Ms Moore-Gilbert's ability to stay resilient, reflecting in her novel that at times they would momentarily forget they were in prison.

"I still miss them. They're my sisters," she said.

The other women in the prison gave Ms Moore-Gilbert the spirit to keep going through creating a community. She reflected how they would play games, give lectures to one another, sing and do exercises together to pass the time which she said were "treasured" memories.

"Those friendships sustained me. That solidarity sustained me and educated me, it gave me strength," she said.

Many of the women remained in prison, which Ms Moore-Gilbert found extremely difficult.

"Nothing's changed for them. I'm sorry for them, they're so young in their life," she said.

This story first appeared in the Canberra Times.