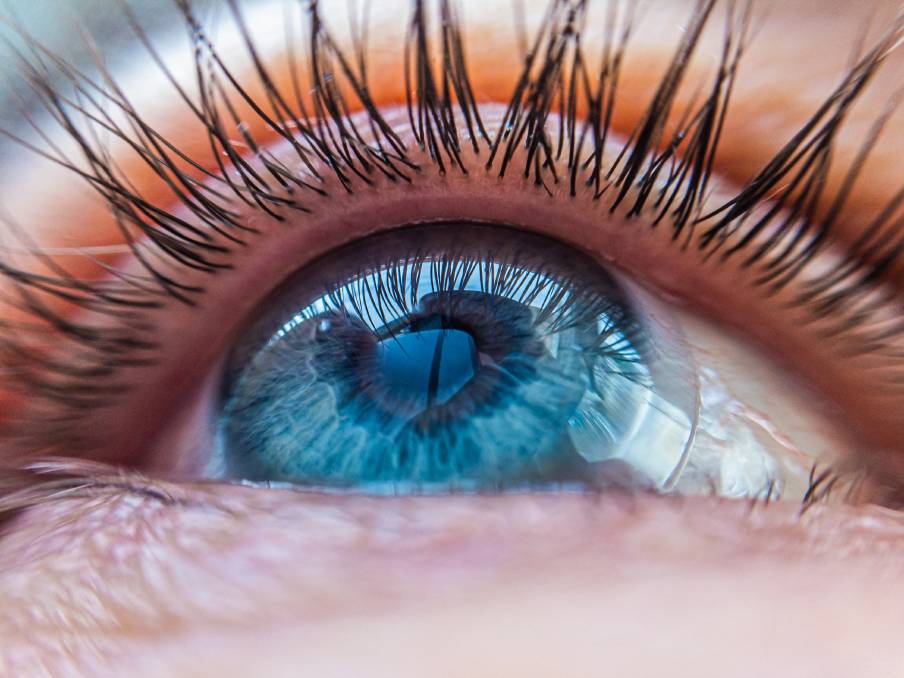 Developers are testing the battery life of a new contact lens prototype (not pictured) that can be worn over the eye to display information directly to the wearer. Picture: Shutterstock.

On April 21, 1949 the first patent application was submitted for one.

The creator of the TV series I Love Lucy refined that patent with his own "in-the-lens" version.

On January 4, 1954, Dwight Eisenhower was the first President to use one for a State of the Union address.

And another former President, Barack Obama, became so reliant on them that he was mocked by his opposition who said he needed one to have a conversation with his wife.

I am, of course, talking about the teleprompter.

What started out as a roll of paper rigged up inside a suitcase to help actors with lines developed quickly and was used by actors, then newsreaders and on to politicians.

Despite the modern development of panes of glass that are near invisible to a viewing audience, it is still obvious they are sitting there.

Maybe not for much longer. Enter the era of the smart contact lens.

Developers have now created a smart scleral lens that extends to the whites of the eyes.

To start with, it performs the task that contact lens have performed since their invention in 1888. They correct vision for the wearer. But they also incorporate a tiny microLED display, smart sensors and a solid-state battery.

You read that right. A battery - in a contact lens.

Now, instead of a teleprompter sitting in front of a political candidate, the words from a prepared speech scroll in front of the eyes of the wearer.

No more looking left then looking right to look at the two teleprompters - look in any direction and the words you need are in front of you.

Take it many steps further. A musician with music or lyrics in front of them. An athlete with biometric and performance data.

There's some clever optics at work here. For a start, take some typed words and move them close to your eyes. Really close.

You can't see much more than a blur. Our eyes are only able to focus on objects further than seven centimetres from our eyes.

Smart contact lens are not even seven millimetres from our eyes yet the microLED display is designed to allow us to see it including taking into account any eye correction required.

Then you need some form of intelligence in the lens. Some microprocessors and memory.

We have all seen this type of technology shrinking, but this is going to the next level.

Then it needs to communicate with an external device with some form of radio waves to transfer data back and forth. And while all of that seems achievable - just - the introduction of a battery in to the equation takes it in to the realm of the fanciful.

Yet, here we are. Researchers already have a working prototype with battery life, their main problem to solve.

Testing has already begun with the objective of being able to achieve a full day of usage on one battery charge.

And as if that wasn't enough, there is more. Not a set of steak knives. but scientists also believe that the lens could include the ability to self-monitor glucose levels for people with diabetes.

Tell me what information you would like to see presented to you on a smart contact lens at ask@techtalk.digital.