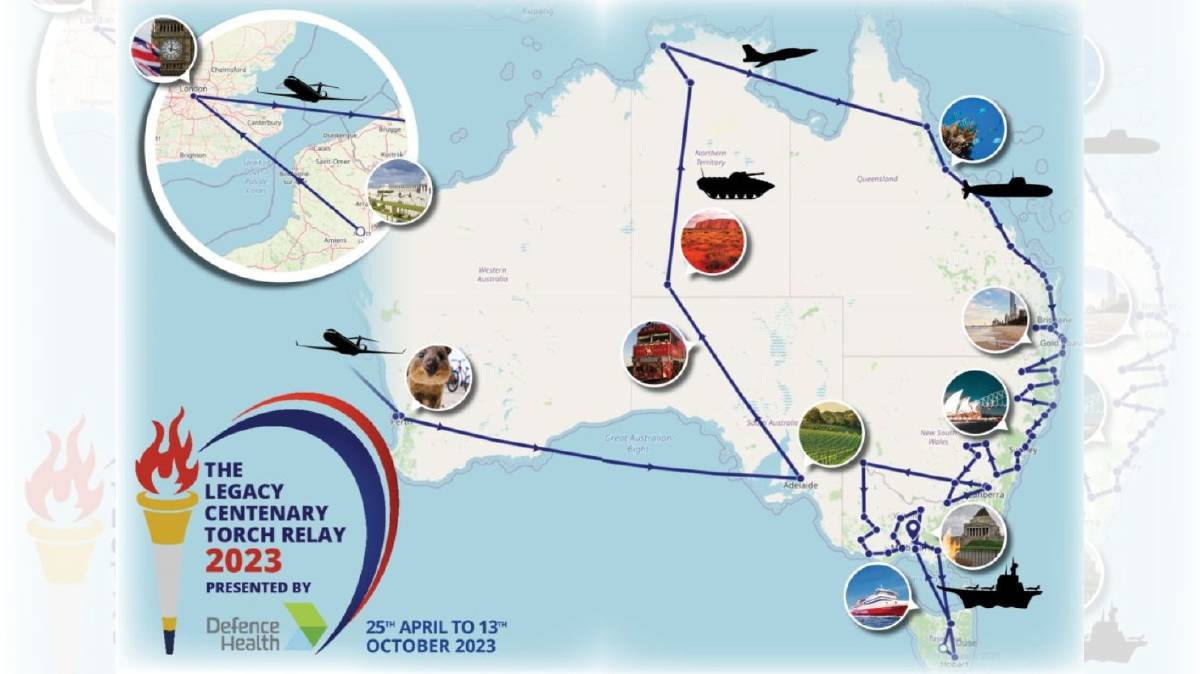 TOURING ALL OVER: There will be Dozens of stops across Australia for the Legacy Centenary Torch Relay 2023.

The 'Legacy' of a battlefield promise to "look after the missus and the kids" lives on.

Legacy Australia is inviting people to register to become centenary torch bearers next year for the Legacy Centenary Torch Relay 2023.

The relay will be presented by Defence Health in local towns and cities across Australia from Anzac Day through to October.

Legacy has its roots in a battlefield promise, from the trenches in Pozieres, on the Western Front in World War I.

That was a promise from a soldier to his dying mate to "look after the missus and the kids"; one that has been revered since the first Legacy Club was established in Melbourne in 1923 by Sir Stanley Savige (inspired by Sir John Gellibrand).

Beginning in Pozieres, France on Anzac Day 2023, the Centenary Torch will travel to London before making its way home to Australia, landing in Perth in May and then travelling throughout the nation.

From Perth, the Centenary Torch will travel to Adelaide, then Darwin before reaching Queensland.

The Torch will journey down the east coast through Cairns, Townsville, Mackay, Rockhampton, Bundaberg, Maryborough, Sunshine Coast, before running down the streets of Brisbane. It will travel through Toowoomba, Ipswich and the Gold Coast, before venturing through regional NSW.

It enters Canberra for the National Legacy Week Launch in the last week of August before making its way to Victoria.

The Victorian leg will start in Mildura, through to Horsham, Ararat, Hamilton, Warrnambool, Colac, Geelong, Ballarat, Bendigo, Shepparton, Mt Eliza before crossing the Bass Strait towards Launceston and Hobart visiting Ouse, the birthplace of Sir John Gellibrand, before returning to Victoria to pay homage to the birthplace of Sir Stanley Savige and then running home down the main streets of Melbourne on Friday October 13, 2023.