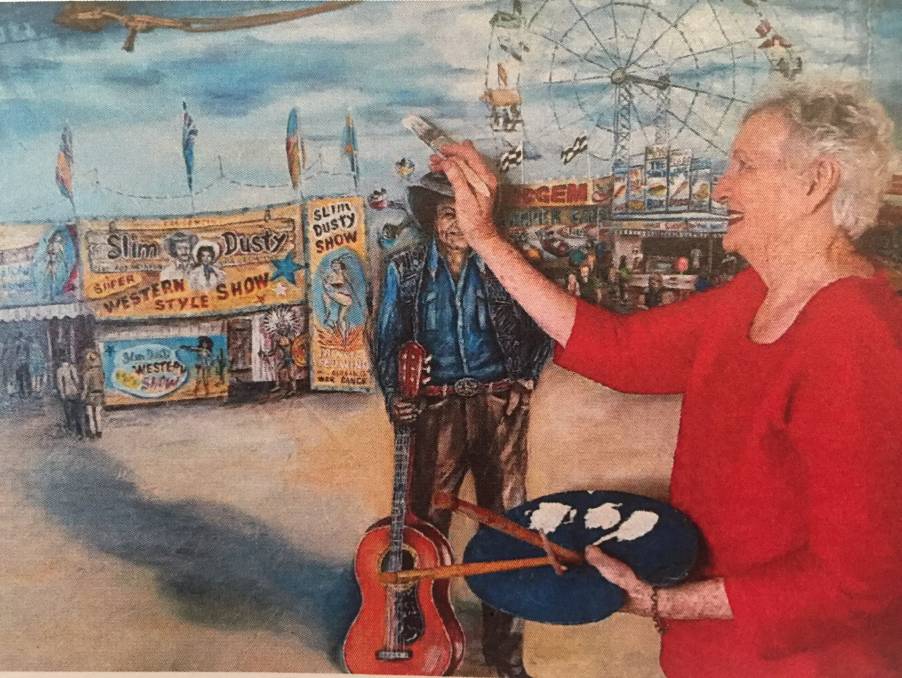 A LIFE WELL LIVED: Norma Brophy does some touch-ups to her Slim Dusty portrait painted on an old circus canvas.

At 15, Norma Brophy fled the circus and her father's violent ways, only to be drawn back by another formidable force love.

While many Australian teenagers have dreamed of joining a travelling circus, Norma Brophy wanted to run away from it.

As a born and bred 'show person', she adored her early years on the road, running wild in town after town with her fellow little 'showies'.

But growing up backstage of a famed travelling show wasn't all fun and games.

At 15, Norma fled the circus and her father's violent ways, only to be drawn back by another formidable force: love.

Don't Call us Carnies: We are Showies and damn proud of it (Affirm Press, $29.99 ) by Norma Brophy, with Wendy Stuart will keep you riveted. I couldn't put it down. 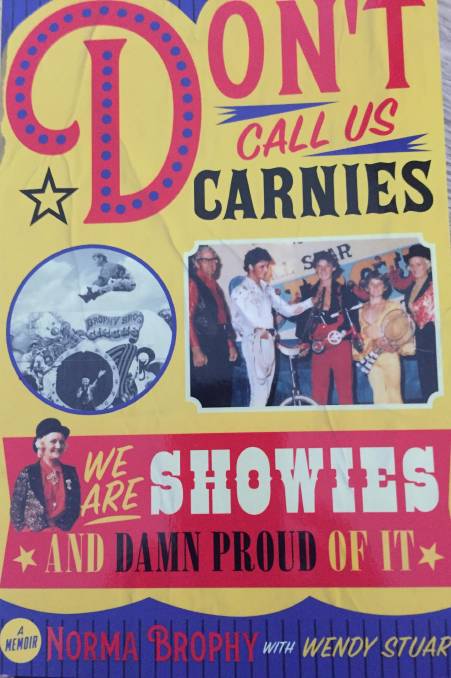 In this vibrant, uproarious and poignant memoir, multi-talented showbiz matriarch Norma Brophy comes out of retirement to reveal a world of interest to many but understood by few.

From a time before cars to the Depression years, in and out of war time and across the golden era of Hollywood-tinged showmanship, right up to today, Norma paints a vivid picture of Australian show culture.

With authority and candour, Norma plays ringmaster to a cavalcade of characters and places that have helped form not only the story of her own record-breaking, death-defying family, but also that of countless other travelling show people, circus and rodeo folk whose exploits and ingenuity will leave you agog.

Norma Brophy was born on the back of a horse-drawn wagon in 1936. CIRCUS MATRIARCH: Norma Brophy doing what she did best: spruiking.

She spent her youth travelling Australia with her hardworking showmen family, learning carpentry, signwriting, costume design and spruiking, with a short foray as a stunt motorbike rider. Later, with her husband Mick and five children, Norma worked all aspects of show business and circus including as a spruiker, snake handler, 'psychic medium' and circus owner.

Norma hung up her ringmaster's hat after managing her children's world-record-breaking acrobatic act, The Flying Angels. HIGH FLYING: Norma about to tackle the Great Wall of Death at the Queanbeyan Show in 1953.

Wendy Stuart is a freelance editor and wordsmith based in Queensland. She enjoyed working collaboratively with 'Aunty' Norma over several years in developing Don't Call Us Carnies. Since founding Wendy & Words in 2010, Wendy has edited over 60 non-fiction books. She is a Professional Member of the Institute of Professional Editors.