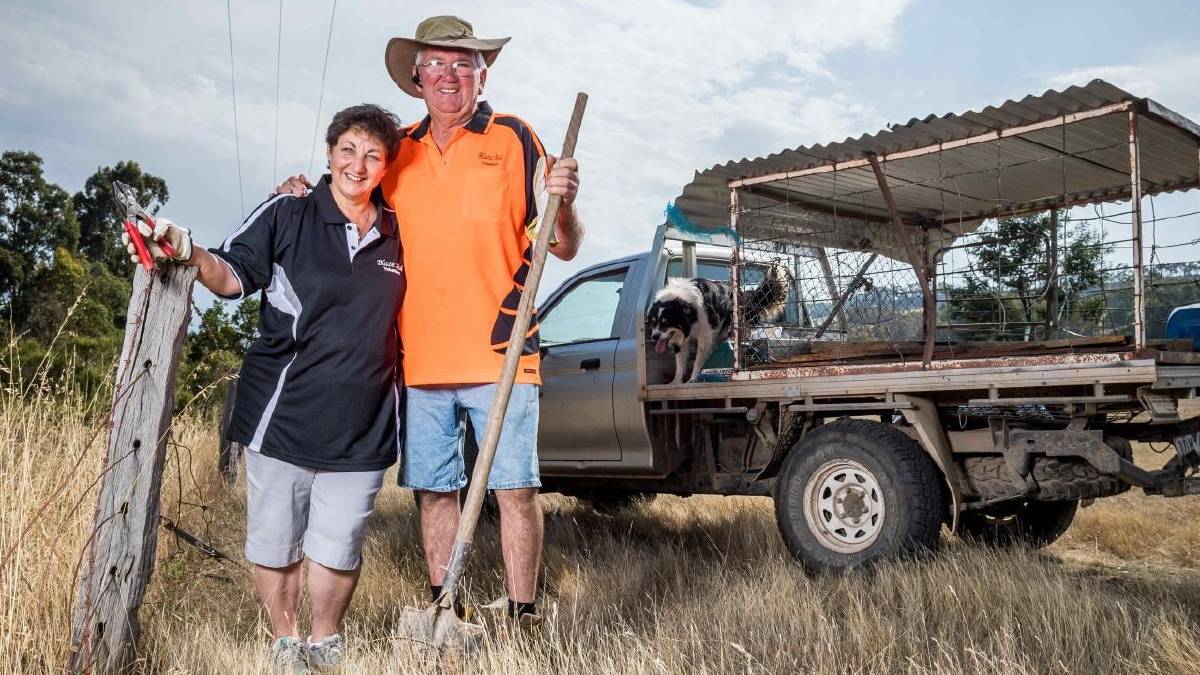 GIVING BACK: Kevin and Rhonda Butler founded BlazeAid after the community banded together to help them following the Black Saturday bushfires.

The Black Saturday bushfires killed 173 people and more than a million wild and domesticated animals, but out of its ashes, a new legacy of preparedness was born.

More than 450,000 hectares of land were burned during the 2009 disaster, which started when winds in excess of 100 kilometers per hour brought down powerlines in Kilmore East.

The fires spread to the farm of Kevin and Rhonda Butler. Needing to secure their 1,500 sheep, the couple sought assistance from family, friends and local volunteers to help re-fence their paddocks.

In the wake of the huge community restoration effort, Kevin and Rhonda formed BlazeAid - an organisation that has been helping to rebuild communities devastated by natural disasters ever since.

Many members of the Combined Probus Club of Whittlesea were affected in the fires, so the club was excited to welcome the organisation's operations manager Melissa Jones to a meeting on May 2.

The Probus club's publicity officer Michael Halley said Melissa provided members with a comprehensive overview of the "then and now" of the club's operations over the past 13 years,

"Melissa showed her understanding of the underlying traumas of, not only the disaster, but the undertaking to return victims to some semblance of reality," he said.

"Ironically some communities that BlazeAid have helped rebuild have been devastated not by fire, but its arch enemy rain."

Since the group's inception, 163 BlazeAid Camps have been established, with 200 combat ready trailers set up and stored strategically.

Donations gathered by the oranisation to date exceed $300 million. 16,500 kilometres of damaged fence has been removed around the country, with 16,000 kilometres replaced.

There are currently twelve camps running throughout Australia, nine of them are providing flood replenishment assistance in NSW and Queensland. Backpackers isolated due to COVID-19 have also been given assistance.