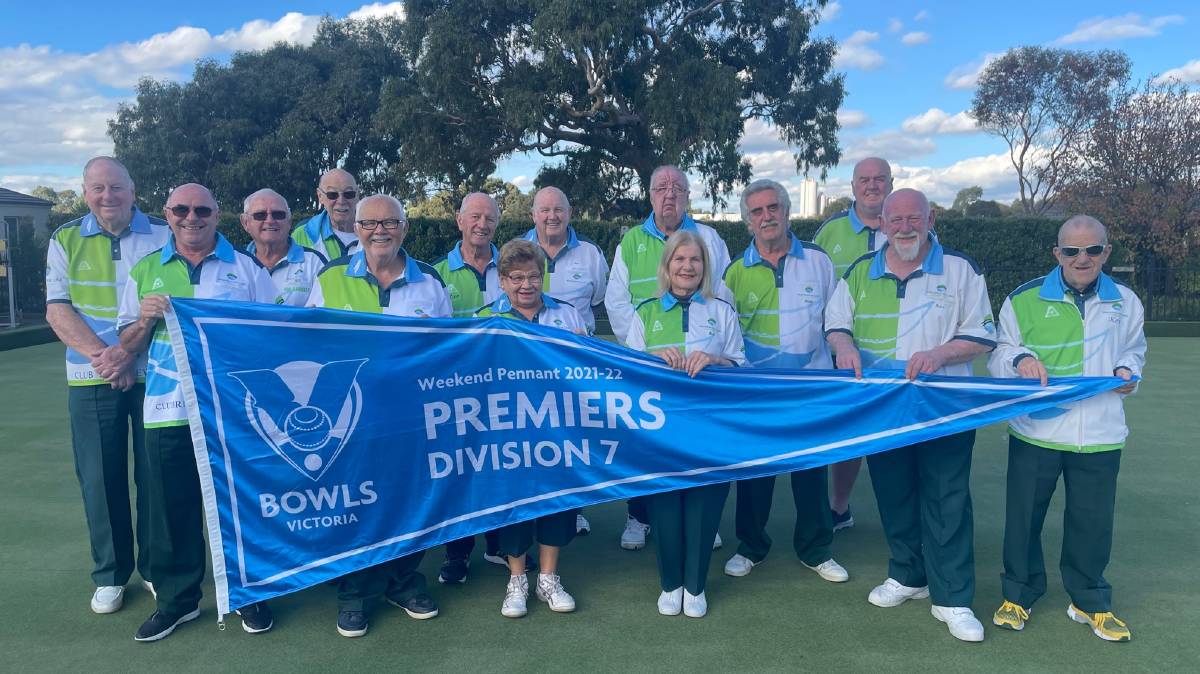 A team comprised of members aged in their 70s and 80s have taken out the competition in their division.

In a relatively short period of time, players from Club Bridgewater Bowls have really made their mark.

Based at Bridgewater Lake Estate Retirement Village in Roxburgh Park, after competing for the first time in Metro Weekend Lawn Bowls (Div. 7), the team, mostly comprising players in their 70s and 80s, won the overall premiership for their division.

For the past three years, they have finished in the final four of their division of Metro Midweek Lawn Bowls.

Club secretary Lyn Atkinson said it's a particularly impressive effort as the club has only 17 players and can only play 12 a side. All who play midweek also play on weekends.

"The team and club members are all quite elated with their premiership win, after a hard-fought battle with only four shots separating both teams all day," she said.

"Prior to Club Bridgewater Bowls incorporating and affiliating with Bowls Victoria, only seven players had every played before, and no-one had played in a premiership team anywhere.

"Our four-rink green at Club Bridgewater is being upgraded with a new synthetic surface, so we'll be celebrating the win again when the new green opens in June or July."

Around 13 years ago, an indoor bowls group was established among village residents, with only some players really knowing how to play.

Lyn said they were called the Easybeats initially, but have now won many finals over the years, with up to four teams competing each season in the North West Indoor Bias Bowls Association.

As the population of the village grew, more people who were interested in lawn bowls moved in and they began playing in midweek competition.

Lyn said the team had found a harmonious rivalry among all their opponents during the recent season.

"One team commented that they were happy we'd won the premiership and would move up to a higher division - as it meant they wouldn't have to compete against us again," she said.

"Many of our players needed the break after playing twice a week during the season but are now ready to think about the next season."

Anyone interested in bowls - of the indoor or lawn variety - is welcome to get in touch, whether they live in the village or not.

The club can be reached by email here.