A photography exhibition aims to change what 'ageing' looks like in media. 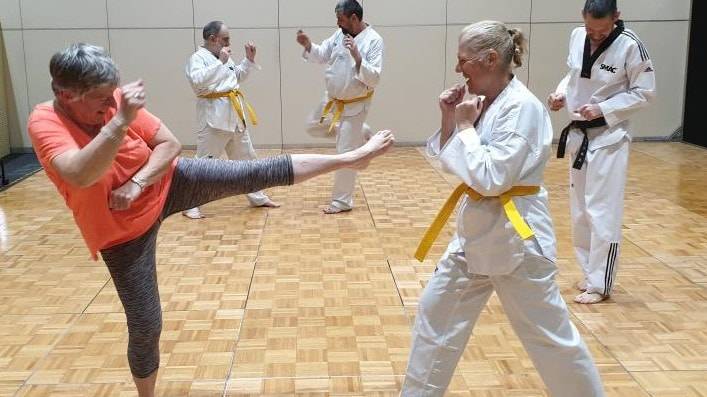 A picture of a senior citizen performing a high kick in a karate lesson isn't common, yet an image depicting this situation has won a prize.

The photo, by Alice R, came first in the Ageing Well photography competition, run as part of the Wellness Gallery project.

Second place went to Christine T for an image of a gentleman cooking a barbecue breakfast at a fundraiser, and third place went to Eric and Josephine S for a picture depicting a lady riding a rocking horse.

Dozens of entries were submitted, which were whittled down to a smaller list of finalists by TAFE SA photo imaging lecturer Chloe Henderson and Catalyst Foundation board members, before a vote was put to the public.

Organised by Catalyst Foundation, the exhibition aimed to raise awareness of the issue of ageism in media and encourage all South Australians to help change the narrative of ageing in Australian media.

Photos entered into the competition, plus from separate photoshoot sessions, will be added to an free online resource of stock images that better demonstrate positive ageing, for individuals and organisations to use royalty-free in their marketing and communications.