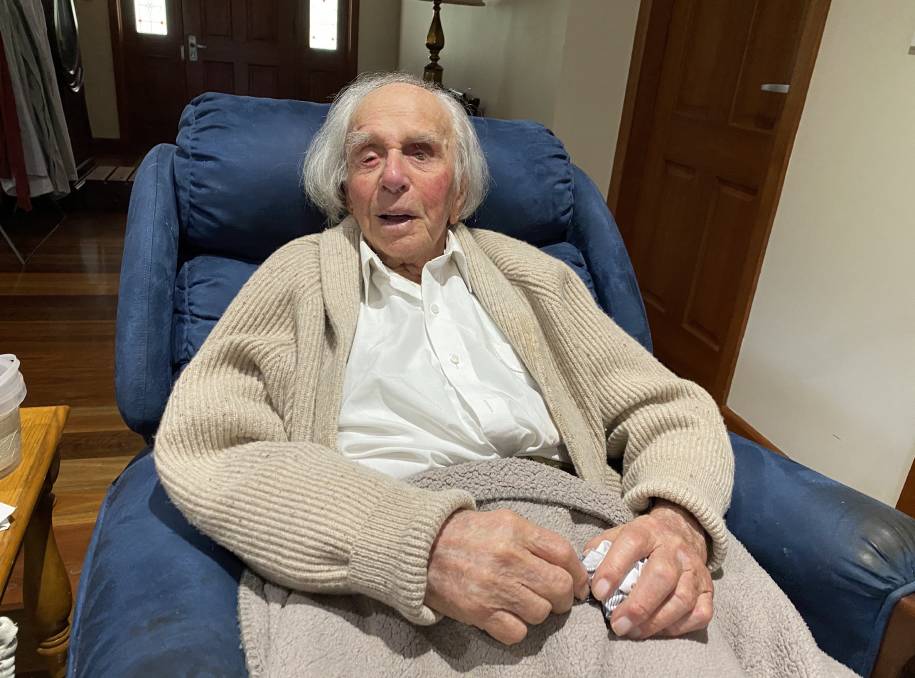 Ernie Walker OAM has learned many lessons in 106 years, but said one of the most important was sticking to decisions once they were made.

Ernie Walker OAM has learned many lessons in 106 years, but said one of the most important was sticking to decisions once they were made.

The centenarian from in southern Penrose, NSW, celebrated his 106th birthday on Friday (April 22).

This lesson comes from fighting in Tobruk alongside Australian troops, who persisted against German and Italian efforts in Libya for eight months, in 1941.

"We were not surrendering, period," he said. "There was no hesitation, it was a straight-forward decision... the other decision was fatal."

The veteran sometimes reminisced about Tobruk, and his time in New Guinea and Kokoda, and said the refusal to surrender helped him get through it.

According to the Rats of Tobruk Association, there are nine surviving veterans across the country.

"I wouldn't say it's an aim to be the last one, but it could be an achievement," he said.

I wouldn't say it's an aim to be the last one, but it could be an achievement. - One of nine remaining Rats of Tobruk, Ernie Walker

Ernie admitted that he has been "slowing up" and does not get out much, and that he recovered from COVID-19 earlier this year.

He lives independently at home with his wife Bev, but has not seen her often, because she has been in hospital for the last four months.

"Bev is a big part of my life," he said fondly. "It's important for Bev to come out of hospital and come home."

The pair have shared many happy memories together, but one that sticks out for Ernie was at a country show, when someone photographed them staring lovingly at one another.

The picture was taken without their knowledge, and is displayed proudly in the dining room. 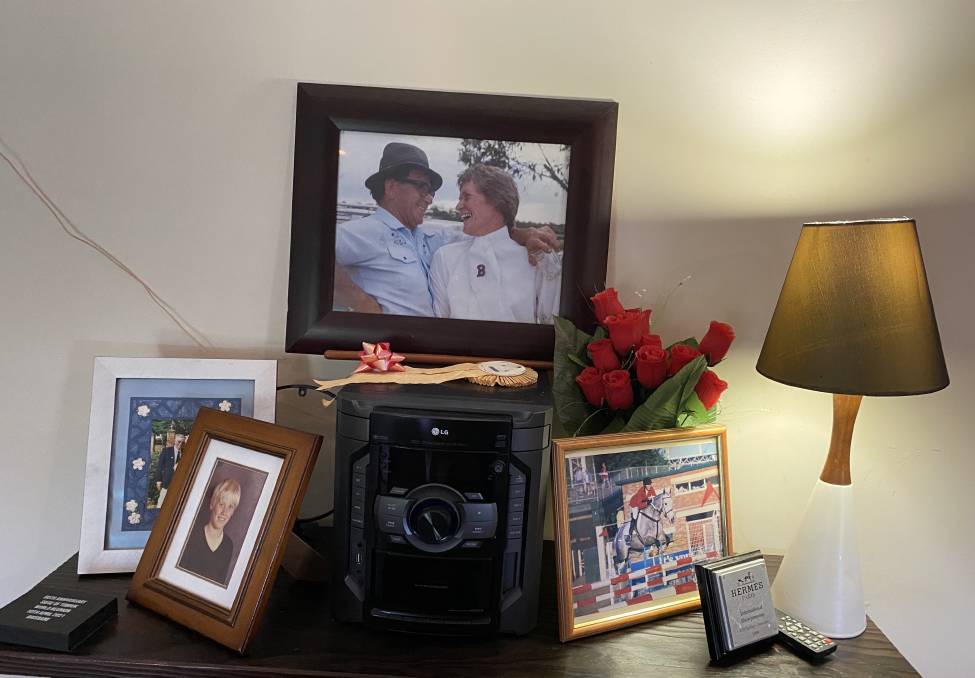 Ernie said there was "no posing" in a moment with Bev that he keeps close to his heart. Picture: Briannah Devlin

Even though Ernie was sitting in his recliner when he was being interviewed, and could not directly see the framed moment, he said it was one of his favourite photos with his wife.

"We didn't have anything to distract us, it was just Bev and I, and the rest of the world just didn't exist," he beamed.

"I don't think you can pose for photographs like that, that's the true life. I'm very fortunate to experience a moment like that."

The centenarian said "even the whiskey glass" in the photo was true to form, and when asked if he would have a drink for his upcoming birthday, he simply replied "several", without hesitation.

His daughter and granddaughter will visit him on the weekend to mark the occasion.

When asked what he was thankful for in the lead-up to the milestone, he pondered and talked about the simple things.

"I suppose I am not a burden to myself even though I don't get around a hell of a lot," he said. 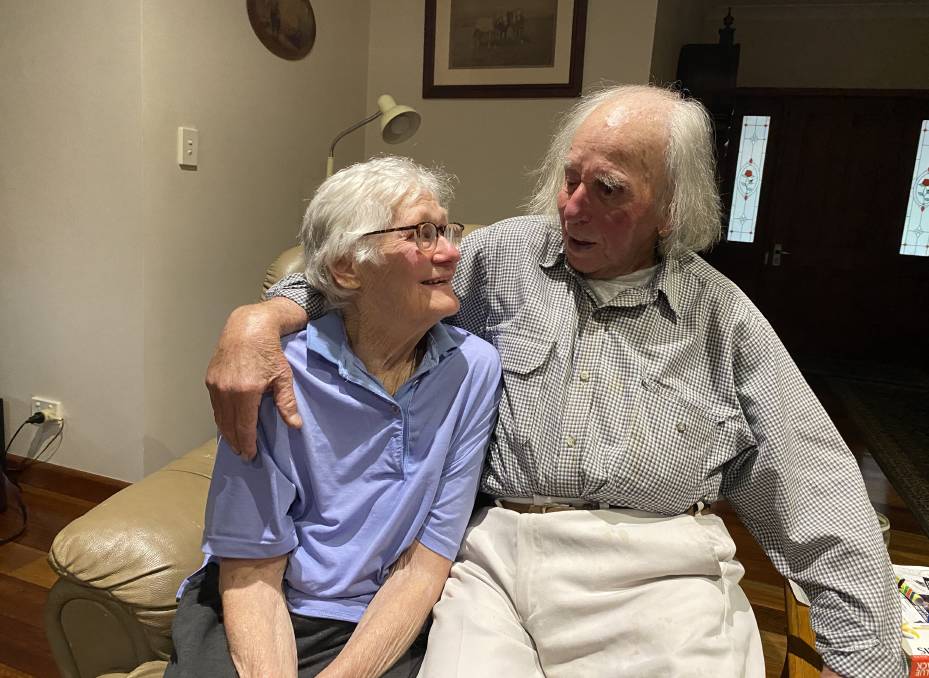 Bev and Ernie have made many memories together. This picture was taken when he was interviewed for his 105th birthday. Picture: Briannah Devlin

Sitting with Bev on the deck of their 27 acre property, where they see and feed birds, and listen "to the old tapes", were other things he is grateful for.

He received congratulatory letters from Prime Minister Scott Morrison and local MP Wendy Tuckerman, among others.

The veteran hopes to attend a local ANZAC Day march this year, after revelling in the experience of leading the Moss Vale march in his wheelchair in 2021.

"The years just fell away," he smiled. "[There was] a little exuberance in the air, the weather was right, the movement and the people. Someone was tooting the horn, and I tooted mine and got carried away."