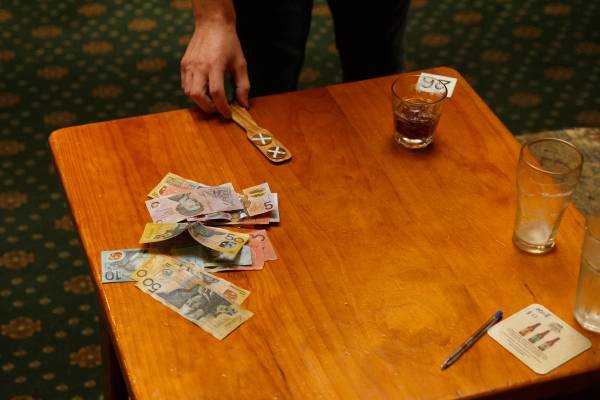 Come in spinner! Fans can legally play two-up throughout the Anzac Day long weekend this year, as the government scales up commemorations for our war veterans.

Across NSW, pubs and clubs will be permitted to organise and host two-up over the whole 2022 ANZAC Day long weekend.

Two-up, a game popularised by soldiers in World War I, is banned in NSW on all days bar Anzac Day.

While venues do not need a permit, they are encouraged to fully understand and observe the traditional rules of the coin-tossing game.

With the pandemic restricting the commemoration of Anzac Day in the past two years, the extension is intended to encourage NSW communities to support this national day of remembrance and motivate patrons to head to their local.

Two-up is a traditional Australian game, most notably played in pubs and clubs on Anzac Day each year. The game is illegal on most other days of the year. The game features two pennies, a kip and a designated spinner, with gamblers betting on the end result.

The origins of the game detail that it evolved from pitch and toss, which was a gambling game that involved tossing a solitary coin in the air and betting on the outcome. From here, a second coin was added and the iconic game was born.

Two-up first became popular in 18th Century England, particularly among poor English and Irish citizens. When the gold-rush hit Australia in the 1800s, settlers from all parts of the globe arrived, hoping to make their fortune on the fields. They brought with them fashion, culture, food and unsurprisingly, two-up. By the 1850s, the game was a popular pastime on the goldfields of Kalgoorlie and Broken Hill. 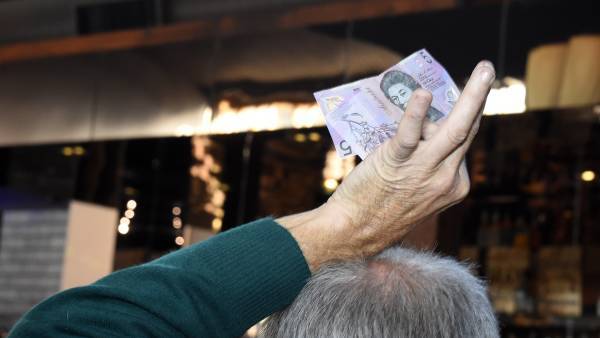 Two-up continued its run of success throughout the early 1900s as well. In World War I, Australian soldiers played the game in trenches and on troopships, thus leading to the strong association with Anzac Day.

f you're wondering how to play two-up this Anzac Day, you're in luck. The game is one of the easiest gambling contests you can take part in, hence why it was so popular in the trenches. All you need to play two-up is a kip (paddle) and two pennies.

Once you've got the essentials down, it's time to get playing, but be quick, you've only got one day to legally do it. Here is how you play two-up.

All players stand in a circle known as the ring.

They will bet on whether the coins will fall on both heads, both tails or one head and one tail. This is known as odds.

Using a specially designed paddle, known as a kip, a designated 'spinner' tosses two (or three) coins into the air.

The rules stipulate both coins must fly three metres into the air, not touch the roof and must fall within the ring.

The other members around the ring place side bets against each other on whether the spinner will win or loose and the results of the next throw.

Why you're only allowed to play two-up on Anzac Day

Two-up, while an Anzac Day tradition is illegal on all other dates. This is because the game is a form of unregulated gambling, which is an act that must adhere to the government's strict regulations and standards. The game has been illegal for quite some time. In fact, in the 1800s, a designated watchdog, known as a 'cockatoo' was implemented for most games, ensuring that players were protected from the long arm of the law.

Despite the strict laws against unregulated gambling, the New South Wales government sought to give two-up the cultural recognition it deserved. In 1989, the government passed the Gaming and Betting Amendment Act, which declared that playing two-up on Anzac Day was not illegal in the state. Additionally, two-up games can legally be conducted in NSW on Victory in the Pacific Day (August 15) and Remembrance Day but only after 12pm. Victoria followed suit in 1991.

The law requires that the game must be played on a not for profit basis. If the game is held at a club, there should be no entry fee and all proceeds must be donated to charity. The only place in Australia where two-up is legal year-round is Broken Hill, which has secured a special licence from the NSW government.

In order to get the game going the way it was meant to be played, you are going to need a two-up paddle, also known as a kip. These aren't exactly easy to find in stores, based on how irregularly the game is legally played, but no true Anzac Day tribute is complete without one.