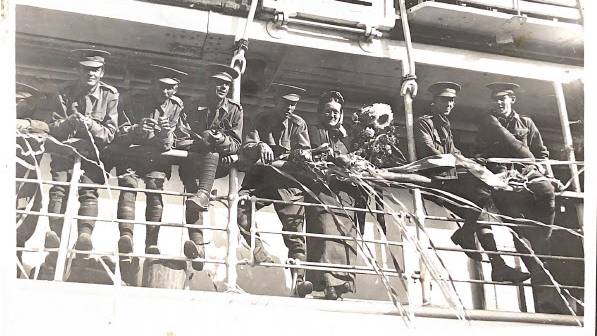 Sister Burns was among the earliest residents of the Fernhill residential aged care community after it opened as Queensland's second War Veterans Home and was the sole occupant of the top floor quarters for retired nurses in 1959.

The album includes precious personal snaps from World War I, where, as both a trained nurse and Queensland's first female dentist she served in the Australian Voluntary Hospital at St Nazaire and later at Boulogne, near Ypres. 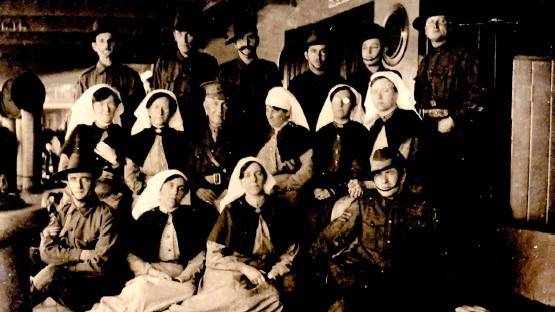 This photo is captioned: "No.3 Section Sea Transport Staff."

Having left Australia in March 1914 for England as a delegate to the International Dental Congress, she was in London when war broke out. 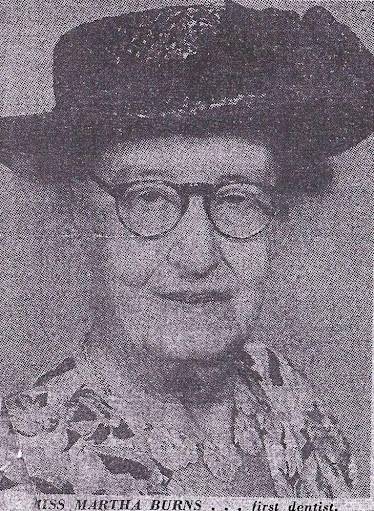 She joined the Australian Voluntary Hospital (AVH) as a Nursing Sister and Dental Surgeon on August 20, 1914, and crossed to France with the other nurses on Lord Dunraven's yacht Greta on the August 29.

Sister Burns paved the way for generations of young women to follow.

In her own words she "had no intention of becoming a lady, driving out in the buggy and taking tea" so became a nurse, training at the Brisbane Hospital from 1896 to 1900, despite her family's protestations.

Her career as a dental student began with an argument with her Scottish engineer father "that no daughter of mine will work at such a thing as dentistry". 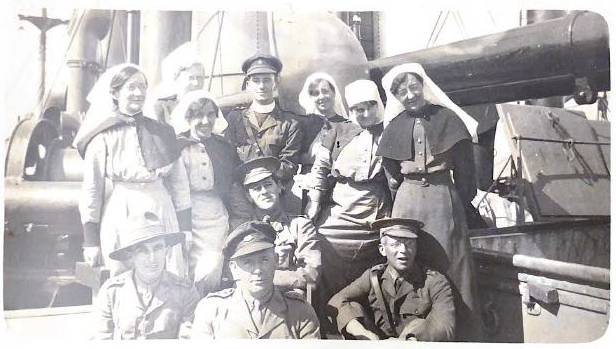 This photograph is captioned "Queensland Sisters and Nurses".

But she pointed out that after all, they would both be building bridges and in the end she got her way.

Her penchant for pushing the barriers was lifelong.

Her two elder sisters were launched into society at private balls held in their family home, Hope Mansel on the corner of Brunswick and Villiers streets at New Farm. Her eldest sister became Mrs John Mowbray.

In 1907, Sister Burns graduated as the first female dentist and bought her own car, an Oldsmobile, becoming one of Brisbane's first female motorists alongside Dr Lillian Cooper.

Having nursed patients through the bubonic plague in 1900 she ran her own private practice while playing a leading role in Red Cross including on their military hospitals committee, leading New Farm's Women's Emergency Corps branch during the Spanish Flu Epidemic in 1919 and serving as president of the Brisbane Women's Club.

On January 31, 1907, The Brisbane Courier reported: "People are used now to the lady doctor, and they appreciate her. That, no doubt, will be the position of the lady dentist before very long. There are six or seven of them in practice in Sydney, and about the same number in Melbourne. The first lady in Brisbane to qualify by taking the L.D.Q. degree is Miss Martha Burns, who has commenced the practice of her profession in well-appointed and very conveniently-situated rooms in the A.M.P. Building.

"Her rooms are equipped with all the latest appliances and apparatus, and everything has been arranged to insure (sic) asceptic conditions. A feature will be painless operations secured by the application of local anaesthetics. The appliances for both surgical and mechanical work are of the most up-to-date character."