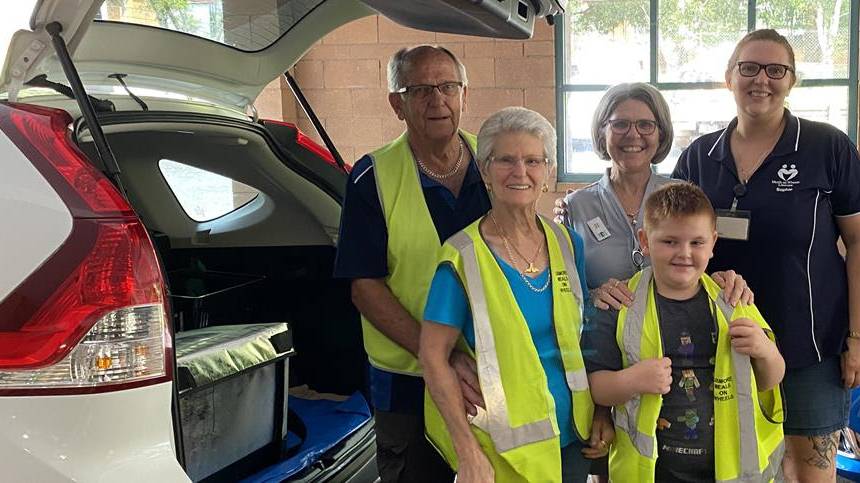 The flood response was truly a family affair at Lismore Meals on Wheels.

John and Terry have volunteered for the past 15 years, Sophie has been meals coordinator for the past three years, while Leo was enlisted to help during the flood response.

Paula - who has worked for the charity for 25 years, said it was great to have Leo involved while his school was closed.

"Being able to instill in him the community responsibilities we all have was a wonderful thing," she said.

The team was as prepared as possible for a flood, with contingency and emergency plans in place.

In the days leading up to the major floods, extra meals were delivered to clients in anticipation of being cut off from them by floodwaters.

Staff were able to account for all clients and provide concerned family members with updates on their welfare while they were cut off from communication.

Meals were also offered to evacuation centres, but the need had already been fulfilled by other charities and businesses.

Paula said downtown Lismore was "devastated" by the extreme weather.

"Three quarters of the shops still aren't open, it's going to take months to open them, because we had a second flood a month later.

"During the evacuation, the SES did as much as they could, but it was such a huge evacuation - the water was coming up so quickly."

On the brighter side, Paula said the way the community came together to support those in need was inspirational.

"Members of the community rallied with the SES, they have done hundreds of evacuations themselves.

"We would have had hundreds of deaths if the community didn't rally together."