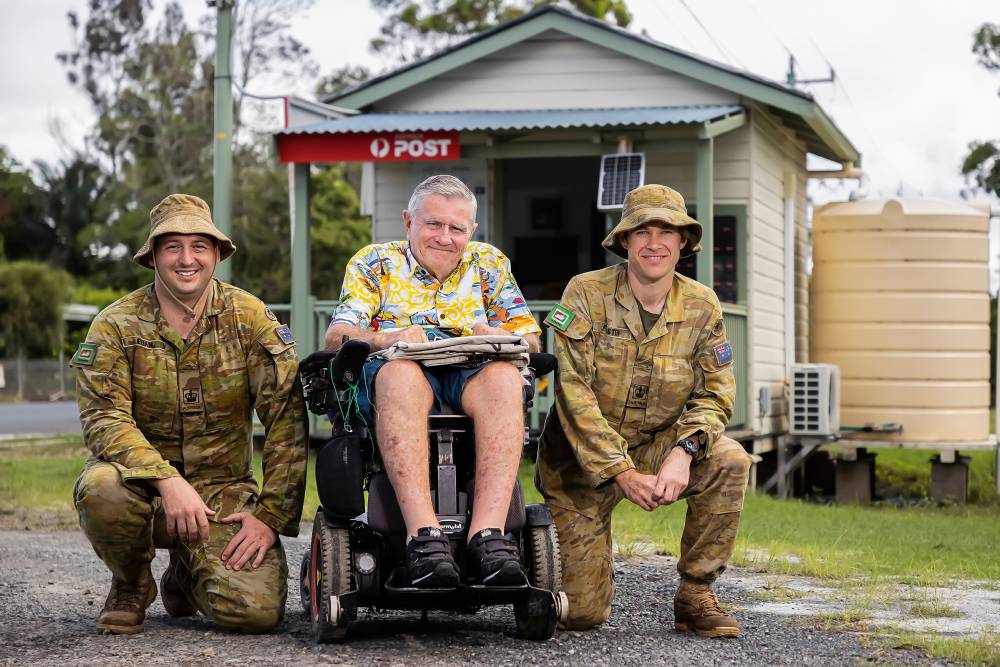 Army volunteers have been put to work moving soggy mail and damaged furniture to the kerb.

Gary Carr has been a regular sight at Australia's smallest post office for more than 50 years.

The wheelchair-bound postmaster has collected mail for the community since breaking his back in a diving accident as a teenager.

Like many in the northern NSW town of Empire Vale, he has been picking through the wreckage now floodwaters have receded.

When troopers from the 1st Armoured Regiment turned up to help, Mr Carr put them to work moving soggy mail and damaged furniture to the kerb.

"I took about a metre and a bit of water. A lot of the mail was below that height and not a great deal could be salvaged." The troopers were deployed to assist residents with the clean-up as part of Operation Flood Assist 2022.

"What would have taken him a day or longer, we knocked over in an hour for him," Warrant Officer Class Two Foster said.

"He was happy to see us and that we took the time to stop and give him a hand. But it's hard here because their lives are destroyed."

After the soldiers removed the damaged items from the building, local volunteers arrived with a hose to wash the mud away.

Mr Carr said the Empire Vale post office was open again and he welcomed regulars back to get their mail.

For residents of the town, the clean-up will take longer.

The post office is located on the property of Mr Carr's lifelong friend and local farmer Michael O'Connor, who said it would take years to recover from the floods.

"Most of us had a couple of metres of water go through our houses; they're completely wrecked," he said.

He said the community appreciated the efforts of the ADF to help people get back on their feet.

"ADF crews have been all over the place here doing the really grubby, dirty work," he said.