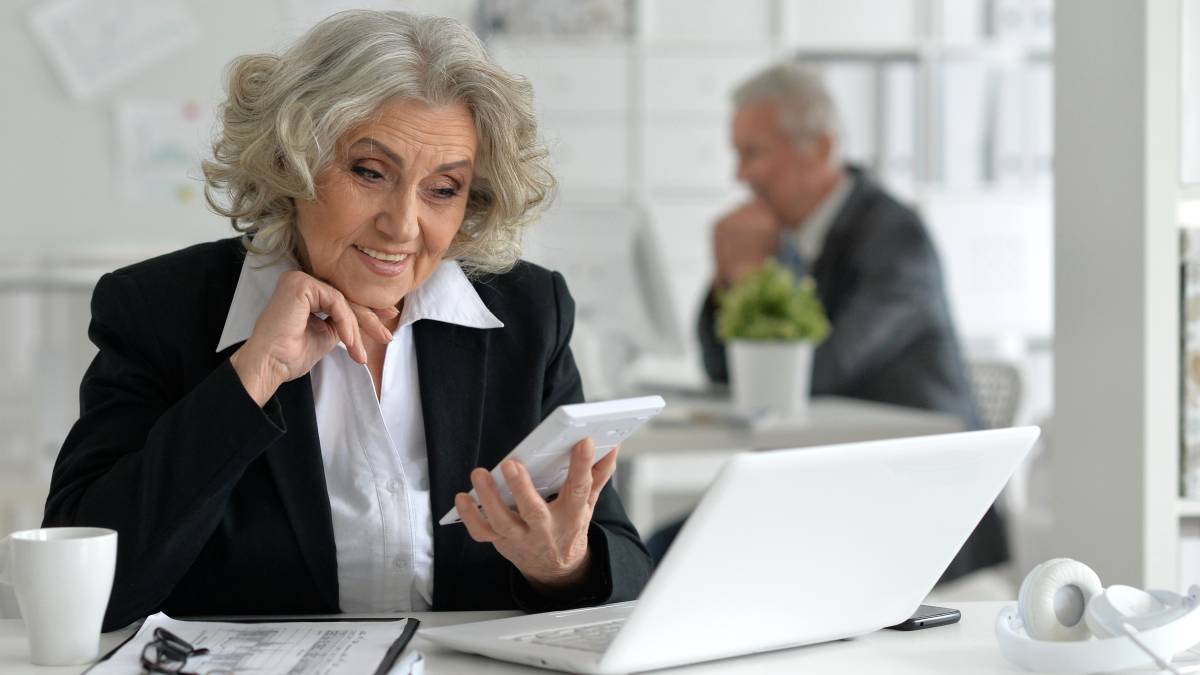 Should pensioners be allowed to work without being penalised? This lobby group thinks so.

A seniors' lobby group has stepped up its campaign to push for pensioners to be able to work without being penalised.

National Seniors Australia has urged political candidates of all persuasions to consider the move, which it says "will get a big tick from seniors".

Currently, age pensioners who choose to work while receiving the pension lose 50 cents in the dollar of their income once their working week exceeds seven-and-a-half hours.

"It's a winning formula," he said.

"Pensioners win because they have more money in their retirement, the government wins because it receives more revenue and we all win because it will help grow the economy (research by Deloitte Access Economics shows even a modest increase in older people in the workforce of 5 per cent would add almost $48 billion to the economy in today's terms).

"Who knows, it might even be an election winner."

A National Seniors survey of around 4000 older Australians in February revealed that a fifth of pensioners would consider re-entering paid work after retirement. Another 16 per cent had already done so.

"Many seniors are struggling to make ends meet on the pension but the pension rules are a strong disincentive to paid work," said the organisation's chief executive Professor John McCallum.

"This traps pensioners at low quality of life including too many in poverty.

"The nation is crying out for workers in so many industries."

"Currently [my] only income is age pension and [I'm] in private rental, so it's bloody tough," wrote a 74-year-old.

"We have been scammed out of our retirement savings and despite my disability we need to find an income source," wrote another person on the age pension.

A 69-year-old revealed that she had successfully sought work as a COVID-19 vaccinator because she wanted to support the healthcare workforce during the pandemic.

Another respondent, aged 69, who had 20 years' experience in aged care, wrote they would be interested in returning to the industry - "but financially not worth it".

Seniors' groups have long campaigned for a review of retirement income policy, and have stepped up their lobbying in the lead-up to the May election.

"Rather than playing politics, we would like to see straightforward policy changes to make the system fairer and more effective," said Council on the Ageing (COTA) Ausralia chief executive Ian Yates.

"Australia should stamp out unfounded speculation that the age pension may not be there in the future by establishing a bipartisan 'pension guarantee'.

"Rather than use their superannuation to provide a better standard of living, many older people live frugally, in fear of their own longevity, and end up dying with large superannuation balances that only benefit their inheritors. This must change."

Meanwhile, the Australian Council of Social Service has called on all candidates and parties to commit to raising the rate of JobSeeker to $70 a day.

The call came as Labor's assistant treasury spokesman Andrew Leigh confirmed the party will not commit to an increase in JobSeeker payments if elected.

ACOSS chief executive Cassandra Goldie said that on any given day, there are 1.5 million people living in poverty, struggling to get by on JobSeeker - "just $46 a day, and completely inadequate to cover basic costs".

"How can anyone claim to care about the cost of living without addressing the inadequacy of JobSeeker, which is not enough to cover the cost of food, rent and essential medication?

"And how can the major parties commit to spending $16 billion a year on the stage three tax cuts, most of which goes to people on higher incomes, while condemning millions with least to facing hunger and homelessness?"