It's extraordinarily rare to have an outbreak in Australia, particularly so far south.

A potentially life-threatening mosquito-borne virus is spreading across Australia as floodwaters continue promote perfect breeding grounds for the parasites.

Japanese encephalitis has already claimed the life a Victorian man and a NSW man as of Wednesday afternoon, as the infected mosquitoes continue to be found in South Australia, Queensland, NSW, ACT and Victoria.

At the time of publication, there were nine serious cases across Australia, requiring hospital treatment.

What is Japanese encephalitis

It's a mosquito-borne virus and cousin of the dengue and Zika viruses.

Professor of Virology at the University of Queensland's Infectious Diseases Research Centre, Roy Hall, said the mosquito-borne virus is nearly unheard of so far south on the Australian mainland.

"We don't normally see it in southeastern Australia. I mean, we rarely see it on the Australian mainland. Only a few times have we seen it on the tip of Cape York," Professor Hall said.

"Although we do know it's been endemic in Papua New Guinea and Indonesia for a long time. That escape from those regions into mainland Australia."

In its worst case, the virus can cause severe neurological damage and even death as it moves between humans and animals through the infected mosquitoes.

"It's a virus that's transmitted between mosquitoes and birds, and it also infects pigs and pigs act as an amplifier of the virus and a source of infection from other mosquitoes," Professor Hall said.

"So it enters what we call a zoonotic transmission cycle. Occasionally it spills over into humans and other species like horses and can cause severe neurological disease, so it gets into the central nervous system." 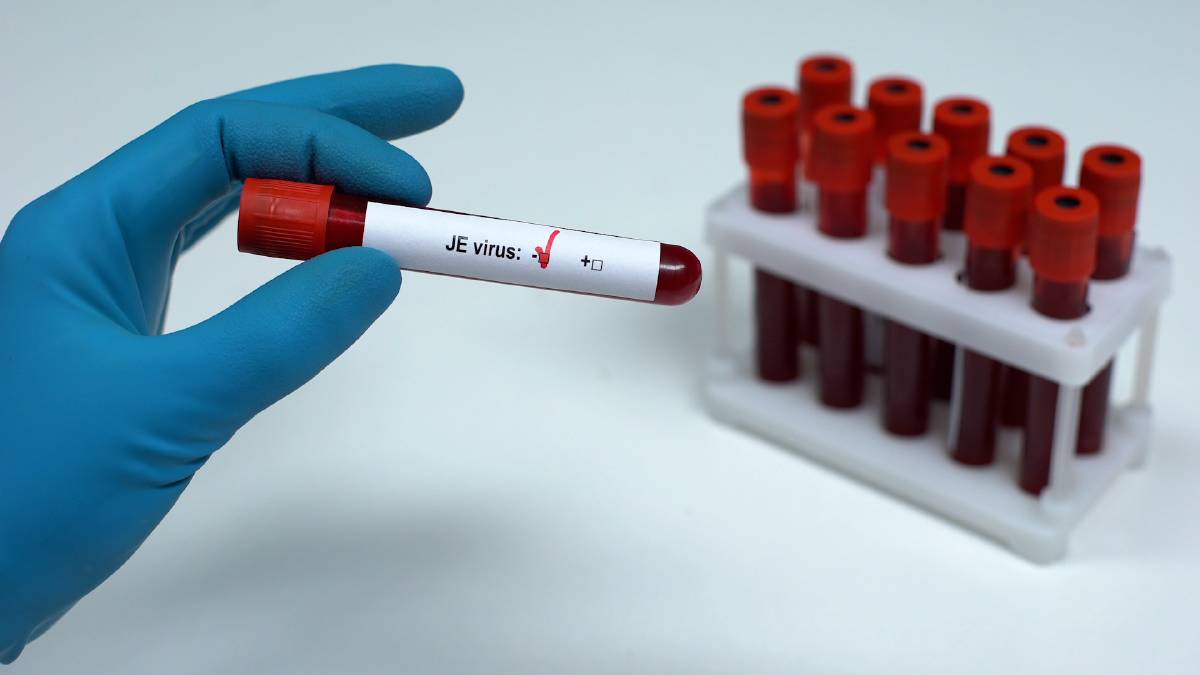 Should we be concerned about the virus?

Though instances of the virus causing such extreme reactions are incredibly rare. Only about one per cent of infected people will ever end up with an adverse response.

"With this virus about one in 100 people who get infected will show symptoms and the other 99 might show any symptoms at all. They won't even know they're infected," Professor Hall said.

"Of the people that are infected, there's a relatively high percentage that the virus can cause a fatality or it can cause permanent neurological impairment. So once you have clinical disease, the outcomes will be scary."

If it's so rare in Australia, how did it get here?

There are a few theories about how the mosquito-borne virus has managed to make its way across much of Australia in the space of only a few weeks.

High rainfall and flooding events across much of the east coast has promoted perfect breeding grounds for infected mosquitoes.

The eggs of the infected mosquitoes are easily transported through the swollen river systems, including the Murray Darling, which crosses four states.

"It may have come through the Torres Strait," said Professor Hall.

"That's what we saw in 1995 when JE first came into the islands off the Torres Strait, it came from Papua New Guinea, most likely and then was transmitted.

"We're not sure exactly how, but it could be through waterbirds travelling from those areas that were infected."

Strong winds are also able to transport the infected mosquitoes across nations in the Australasian region.

"Mosquitoes can be carried through cyclones, so they can travel high up and then land in another part of the country, in another region, and then start transmitting the virus," Professor Hall said.

As autumn and winter move in, mosquito populations will begin to stabilise and stagnate, which will hopefully slow the spread of the virus.

"It depends on the temperature, or it depends on how the climate maintains mosquito breeding," Professor Hall said.

"If we get cooler weather coming in, mosquitoes don't breed as much. If we have a lot of warm weather, then we get a lot more mosquito breeding."

But even though the virus has been relatively unheard of in Australia to this point, Professor Hall warns it may become a common reality from coast to coast.

"With climate change, the climate becomes more volatile. So we get really heavy rainfalls, really big floods, and then we get extended droughts," Professor Hall said.

"So under these flooded conditions, we can expect more of this incursion of these these viruses."

How can you mitigate the risk of contracting the virus?

With so many mosquitoes around at the moment, it would be near impossible to avoid being bitten entirely.

But, there are some simple actions that can help control how often you might be bitten by the pesky parasites.

"Protecting yourself from mosquito bites is the obvious way [to avoid the virus]," Professor Hall said.

Ridding your home and garden of stagnate water after a rainfall event can help too.

If the mosquitoes have nowhere to breed, they'll quickly move on.

This can be a particular problem for people who have water tanks. It's recommended the tanks be covered and sealed well to avoid mosquitoes getting in or out of the tank.

"One of the reasons they got rid of water tanks was because of dengue," Professor Hall said.

"And then of course we had water shortages and water tanks came back into mode.

"And initially there was a lot of regulation on how well maintained the tanks were, a lot of maintenance checking.

"That's pretty much gone now and you'll find a lot of those tanks and screens won't be working properly.

"It comes down to maintaining your screens and making sure those screens are the right size and that mosquitoes can't get in to lay their eggs, and once they're in there, they can't fly out."

The virus tends to become a problem in pig farms and piggeries.

Federal Minister for Agriculture David Littleproud said earlier this week that a vaccine would be made available to piggery staff and other agricultural-based industries that would have a higher risk of coming into contact with Japanese encephalitis.

"Vaccinating pigs stops that transmission cycle from pigs to mosquitoes and then mosquitoes to humans," Professor Hall said.

"It's a little bit similar to the Hendra situation where you vaccinate the horses to prevent people getting infected from horses.

But a largescale vaccination program targetting the entire population is unlikely.

"That's why we need more facilities in Australia to make our own vaccines. And that's something that we've tried to develop to but that's traditionally been a problem."