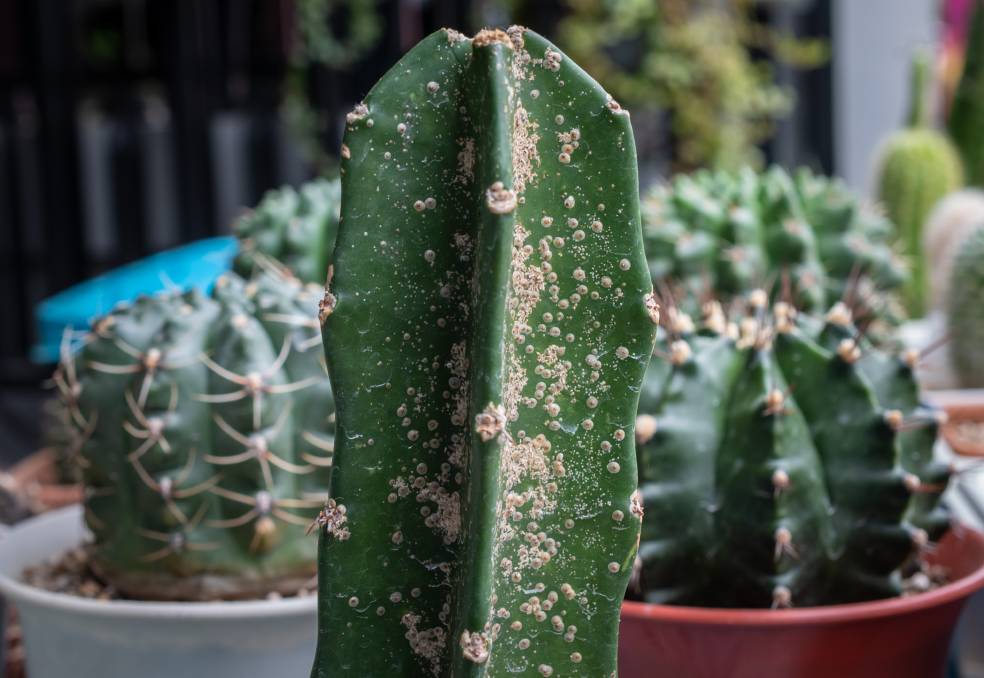 Scale are small sap sucking insects that can cause devastating damage.

Scale are small sap sucking insects that if left unchecked can cause devastating damage to a wide variety of plants.

They are classified into three main groups, hard or armoured scale, soft scale and wax scale insects. Soft bodied scales are the most readily recognisable as they often appear in clusters on the midrib of leaves.

During summer soft scales are actively breeding and the immobile adult female lays her eggs under the protection of her scaly coating.

Once hatched the young scale known as crawlers move out to take up residence on the plant and begin feeding. It is at the crawler stage of their life cycle that scale are most vulnerable.

As scale feed they secrete honeydew, a sticky sugary substance that covers the leaves and stems of plants.

Sooty mould is a secondary fungal infection that grows on the layer of honeydew and apart from its unsightly appearance can interfere with the plants ability to photosynthesise.

There is also the problem of ants attracted to the honeydew. Ants feed on the highly nutritious honeydew and drive away scale predators to protect the scale, so there is merit in trying to control ants.

This can be done by placing a sticky band around the stem of plants to prevent ants from climbing up to the scale.

For effective control of scale use a Horticultural oil. A soapy water spray can be applied to the sooty mould and allowed to dry for a few days then sprayed off with a hose using some pressure.

Old scales may remain harmlessly on plants for some time after death of the insect.

To evaluate the effectiveness of treatments, slide your thumb across a group of scales. If scales are dead, they will be hollow and the coverings will flake off easily.

Living scales will leave a coloured, wet residue on your thumbnail. Late summer and autumn is an ideal time to check plants for scale and take remedial action as necessary.

John Gabriele is a horticulture teacher with a love for green spaces.