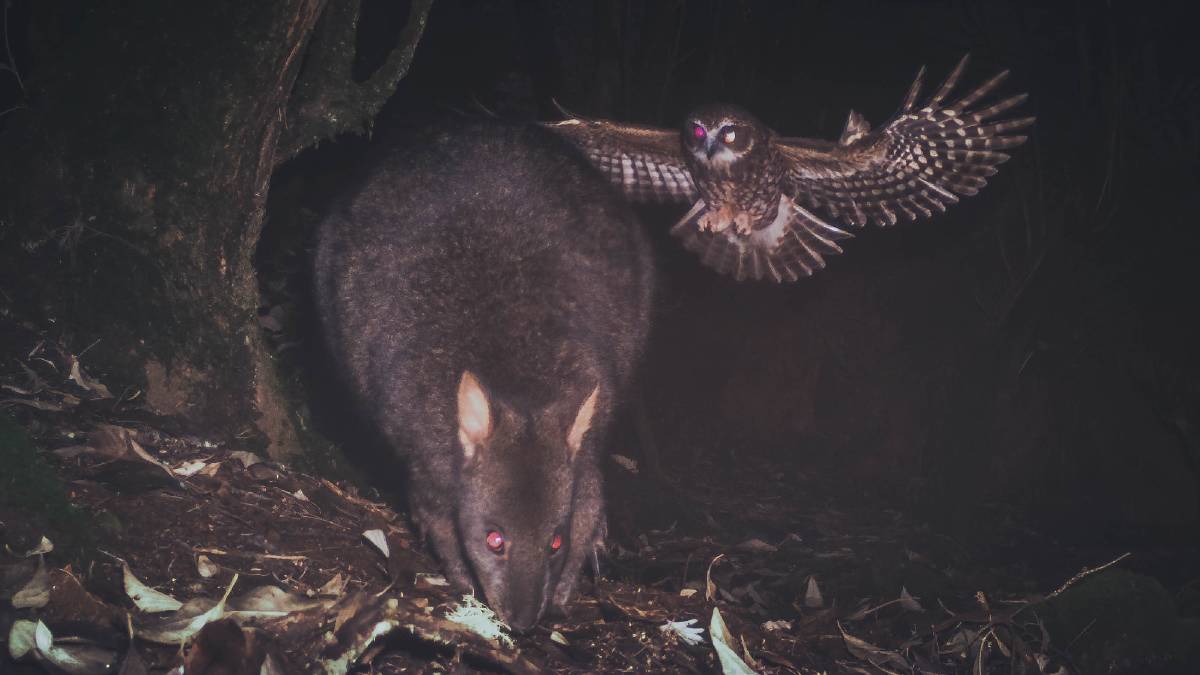 The secret lives of native animals are being uncovered by researchers in some of the remotest parts of Tasmania with one of the world's largest network of specially programmed camera traps.

Deadly killer feral cats are being caught out on camera, devils are seen feasting, owls are snapped mid-strike, while wedge-tailed eagles quietly meander through the bush.

The photographs of feral cats and other Tasmanian wildlife are being captured by Tasmanian researchers with their network of camera traps that are set up in various locations across the state. 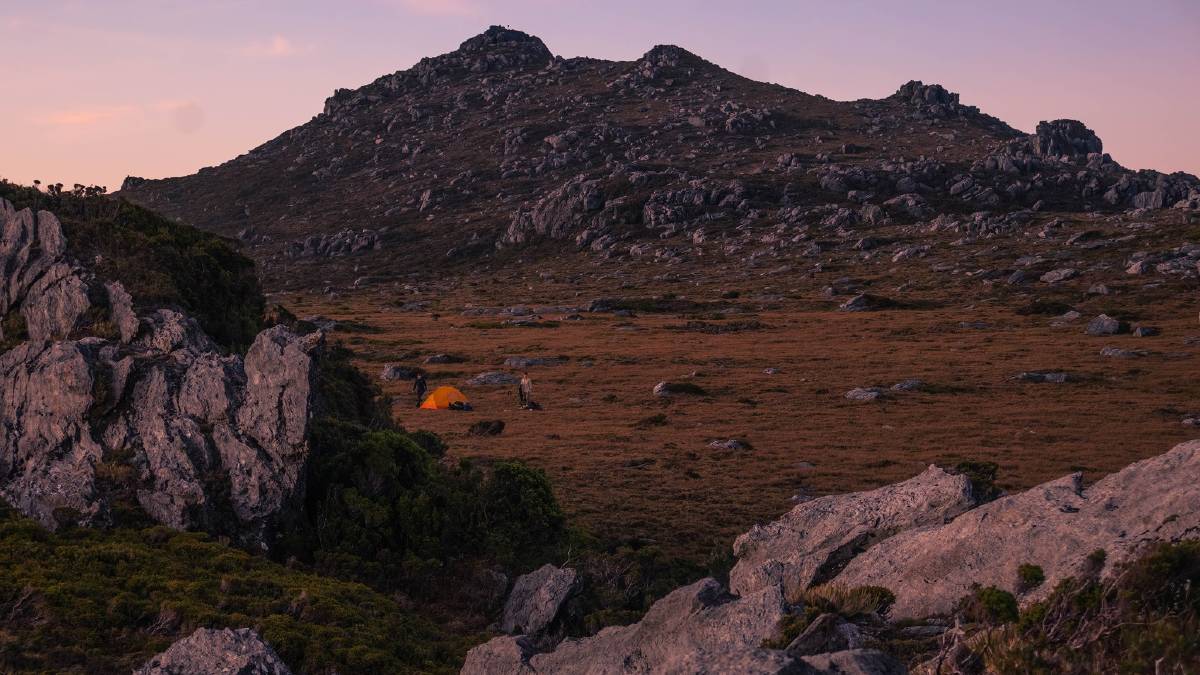 The network is being used to monitor feral cat populations, but is also allowing researchers to discover what impact land clearing, forest activity, tourism, and also bushfire, is having on native animal populations.

The camera traps take photographs after sensing the heat and movement of animals, which are then passed onto a specially designed tool - a "deep-learning computer-vision algorithm, or classifier" which has been programmed to identify what type of animal has been captured.

Our aim is to design a permanent wildlife monitoring system that...allows us to find out where our species are, how they select their habitat, and how they respond to habitat changes caused fire and human impacts like land clearing, forestry activity and tourism. - University of Tasmania researcher Dr Jessie Buettel

Using the network, University of Tasmania researchers Dr Jessie Buettel and Professor Barry Brook track how many feral cats are in the one area, their exact location, and how they are impacting on vulnerable species. 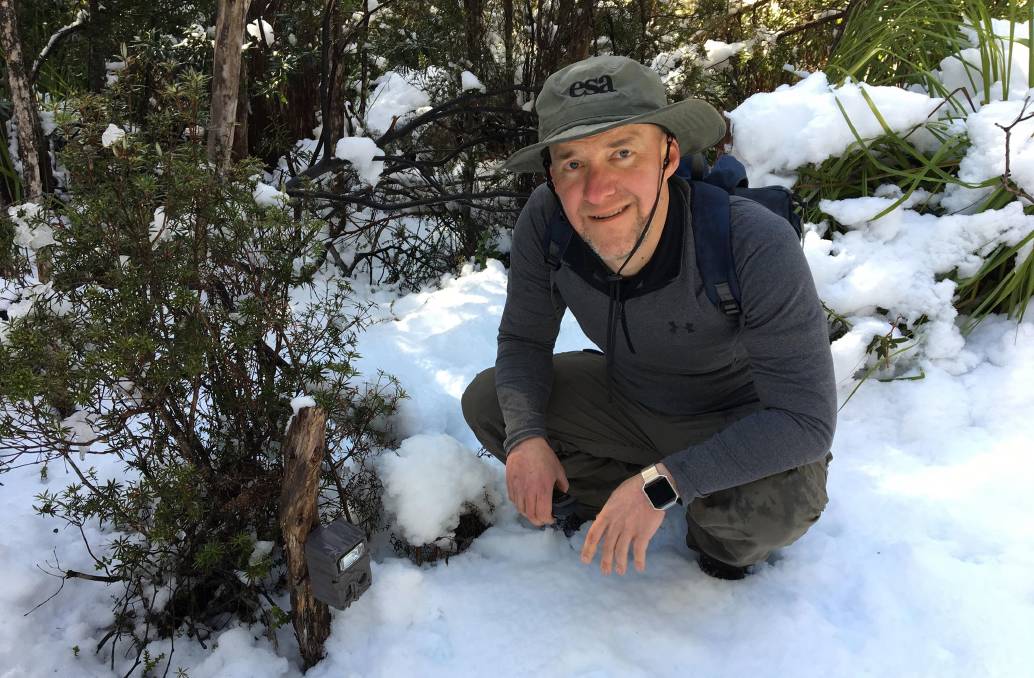 But Dr Buettel said there are more than 1,300 camera sites and 600 currently active camera traps in operation monitoring the action of all animals in the forests.

She said 400 more camera traps are planned to be deployed in remote locations across Tasmania.

"So far we have amassed three-quarters of a million unique images of animals across 150 species, including more than 50,000 images of Tasmanian devils," Dr Buettel said 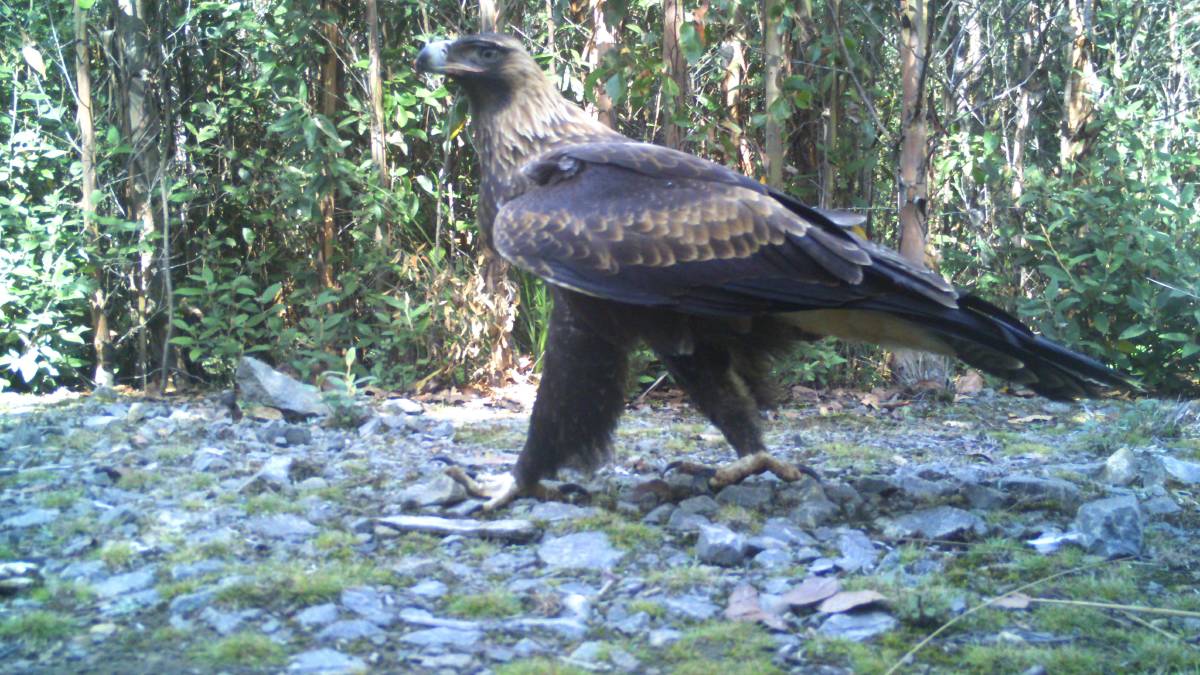 A Tasmanian Wedge-Tailed-Eagle on camera in 2021.

While the cameras can identify 31 more common species, including wallabies and possums, feral cats, Tasmanian devils, bandicoots, native rodents and some birds, researchers want to program the tool to identify all wildlife.

"Our aim is to design a permanent wildlife monitoring system that automatically captures, assesses and classifies all the different species found in our forests, woodlands and grasslands," Dr Buettel said.

"This allows us to find out where our species are, how they select their habitat, and how they respond to changes to these habitats caused by natural disturbances like fire and human impacts like land clearing, forestry activity and tourism," she said.

"The challenge now is to improve the ability of our tool to classify some of our more rare and cryptic species that are not captured as often on our cameras."

"I will use these data to estimate feral cat densities in different parts of the state, giving us our first real idea of how many cats are in Tasmania, and where they are. This will allow for better targeted feral cat control and prioritisation."