"You have got to be really lucky to catch it."

A group of lucky residents were treated to a "magical" and bright display of bioluminescence at Shell Cove Marina on NSW's south coast on Monday night.

Lyn Scott and her husband Mark travelled to witness the bioluminescence event, which happens when light is produced by a chemical reaction within a living organism, in this case algae.

It is a form of chemiluminescence, which occurs widely in marine vertebrates and invertebrates, as well as in some fungi, microorganisms including some bioluminescent bacteria, and terrestrial arthropods such as fireflies. 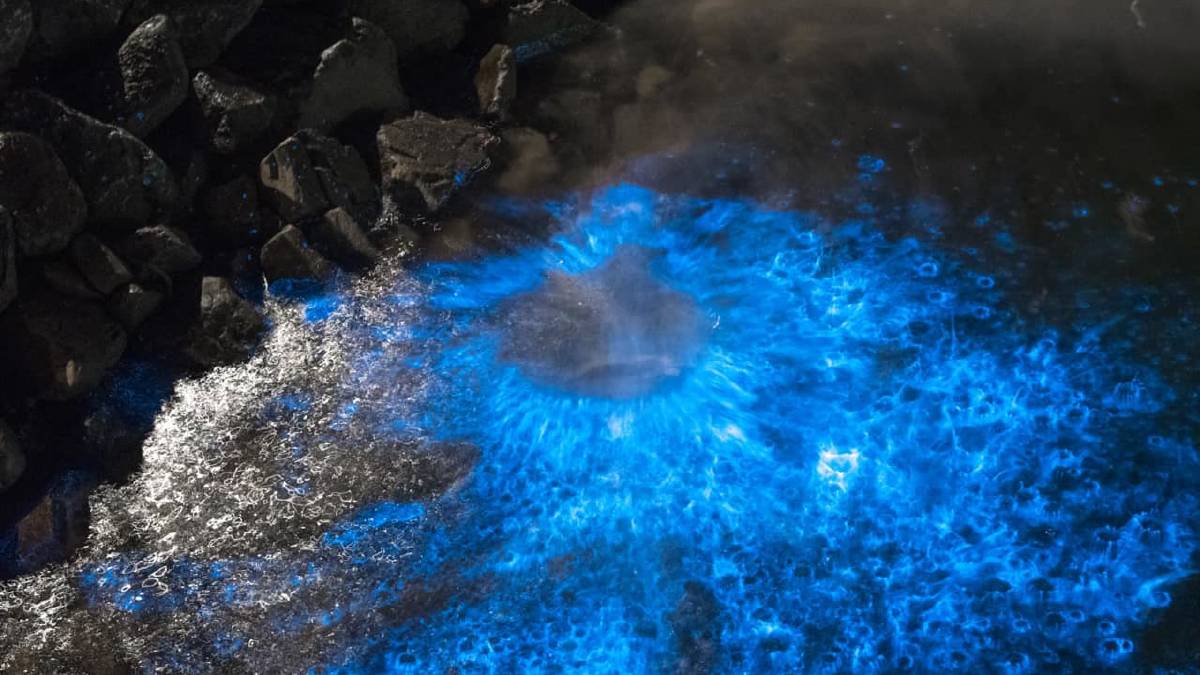 Residents were treated to a spectacular display of bioluminescence on Monday night at Shell Cove Marina. Picture: Sally Sopniewski

Mrs Scott said her friend's husband had spotted the algae, which appears pink during the daytime, and her group of friends went to the marina at night to see the glow, which usually happens when the algae is distributed by a wave breaking.

"We have seen bioluminescence in the water a few times but the rain usually takes it away before we get there," she said.

The algae appears pink during the day but turns a glowing blue at night (below). Pictures: Lyn Scott

"You have got to be really lucky to catch it.

"It is really magical."

Mrs Scott posted the photo on the Bioluminescence Australia Facebook group in the hope other people could go and see it.

She and her friends were standing in the pouring rain, trying to take the best photo.

Other residents said they watched the spectacular display until 12.30am with the gentle rain adding to the experience.

Kassandra Boess follows the Facebook page and saw Mrs Scott's photos within three minutes of her posting it and she woke up her brother and along with his girlfriend and her sister, went the short distance to the marina.

Other onlookers directed the group to the right location and they sat watching the water.

Ms Boess said it was one of her "bucket list" items to see and the display did not disappoint. She said her brother thanked her for being a "nerd", following the page and alerting him to the unique experience. 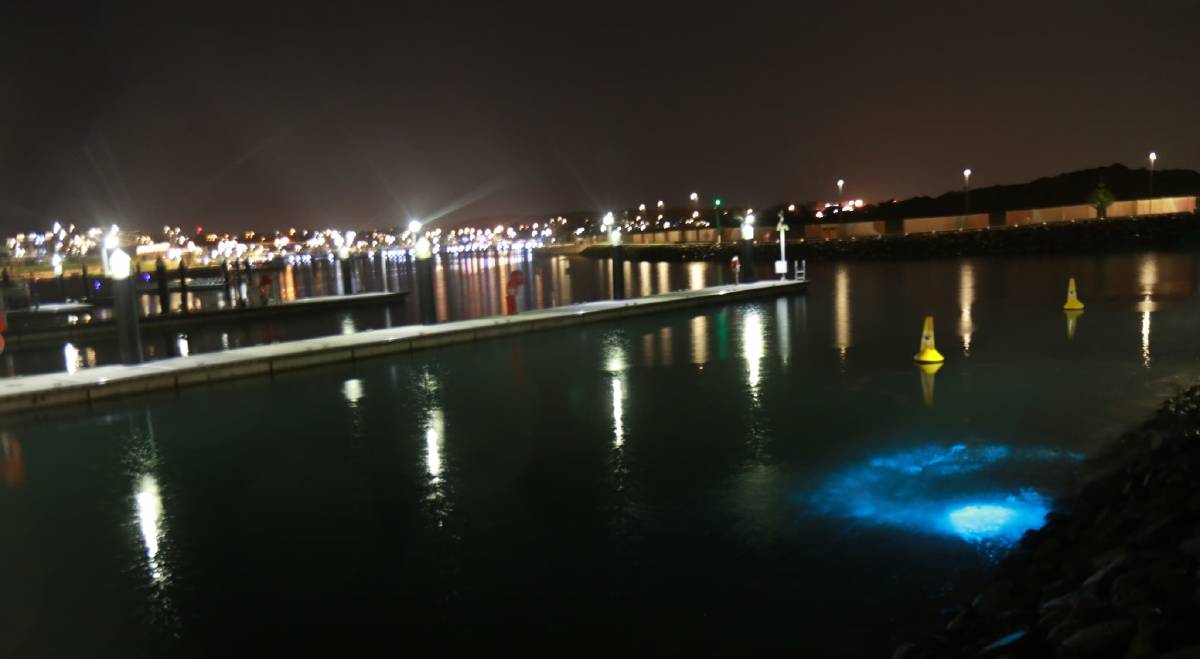 The bioluminscence was near the boat ramp. Picture: Bec Labriola

A few weeks ago, residents were in awe of the bioluminescence at Bellambi Beach, which lasted for a few night, and were treated to a "blue tide" as waves crashed onto the beach.