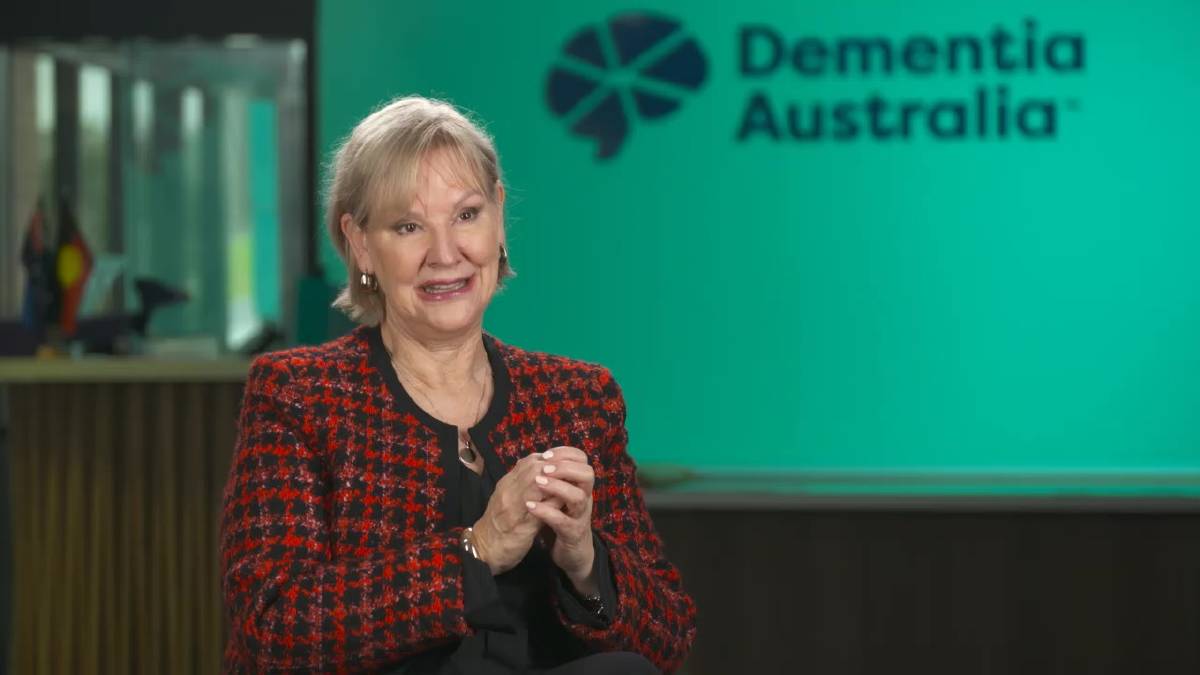 Some 472,000 Australians are living with dementia and around 1.6 million people involved in their care.

Dementia Australia is asking for a commitment from both the government and opposition parties to continue funding the Dementia-Friendly Communities program, past the current June 2022 completion date.

Speaking during a Parliamentary Friends of Dementia webinar, Ms McCabe said people living with dementia reported their involvement had made them feel part of the community - "they feel valued, included and have a sense of purpose".

The life-changing impact of Dementia Australia's award-winning Dementia-Friendly Communities program was highlighted with the release of a discussion paper, Support. Encourage. Empower. Leading the way towards a Dementia-Friendly Community. The paper demonstrates the crucial role the program has had in improving dementia knowledge, facilitating inclusivity, and reducing stigma and discrimination in the community.

Dementia-Friendly Communities aims to empower individuals, including people living with dementia, groups and businesses to come together to inspire change in their community. Some of these groups progress to developing program-recognised alliances which develop action plans to meet the specific needs of their own community. The communities are provided access to program support, guides and resources through Dementia Australia.

"The one, overarching essential element for these initiatives is for people living with dementia and carers to be meaningful participants in whatever way is possible, from inception to implementation," said Ms McCabe.

"The program's demonstrated success in the nationwide range, scale and diversity of dementia-friendly initiatives makes a compelling argument for continuing this funding to support the growth, development and sustainability of current and future Dementia-Friendly Communities initiatives," Ms McCabe said.

Juanita Hughes who is living with dementia said she felt very strongly about the power of dementia-friendly communities.

"If people living with dementia are given the necessary support, we still have a lot to contribute," Ms Hughes said.

Dementia is one of the largest health and social challenges facing Australia and the world. It is estimated that there are up to 472,000 Australians living with dementia in 2021 and around 1.6 million people involved in their care. Without a significant medical breakthrough, it is estimated that there will be almost 1.1 million people living with dementia by 2058.

"With 70 per cent of people with dementia living in the community and more than two-thirds of aged care residents with a moderate to severe cognitive impairment it is essential for everyone in the community to understand more about dementia," said Ms McCabe.

"There is much that can be done by all state, territory and local governments to support the implementation of dementia-friendly communities in their local areas.

The dementia-friendly communities social movement started in Japan and the United Kingdom in 2010-2011. The movement is now active globally in 56 countries and includes an estimated 19 million Dementia Friends.

The Dementia-Friendly Communities program is funded by the Australian Government. The discussion paper is available on the Dementia Australia website.

READ MORE: Dementia now kills more women than any other cause: New data