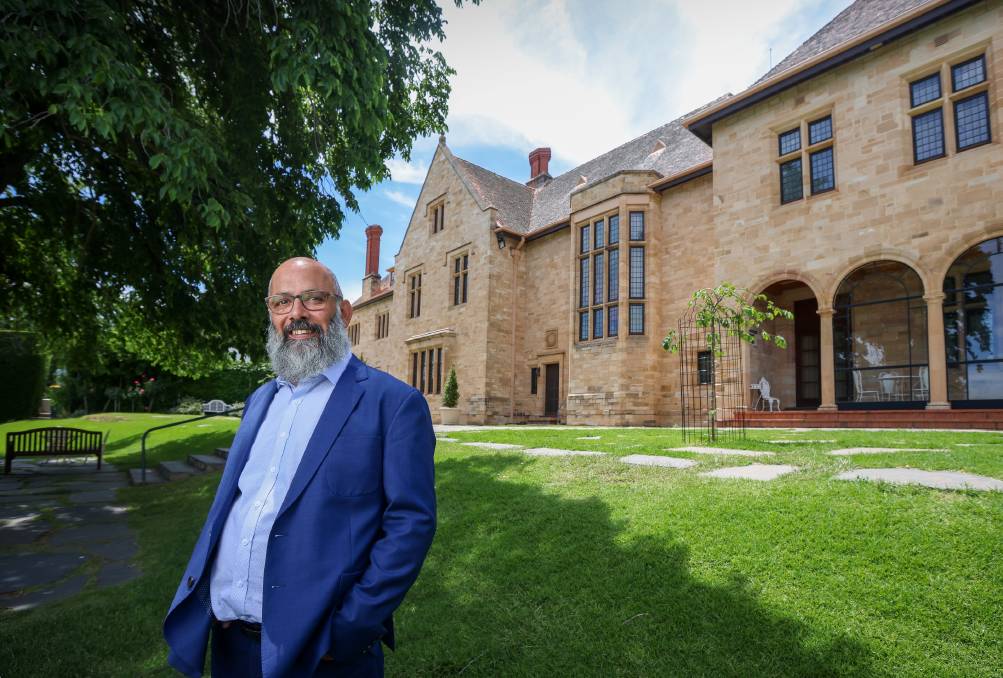 GREEN IS GOOD: Tony Kanellos has plenty of priceless childhood memories of times spent in his family backyard.

Tony Kanellos remembers a time when the backyard was the heart of recreational life.

FROM backyard cricket to finding new and inventive uses for the Hills Hoist, Tony Kanellos has fond memories of great times in his family's backyard.

Like most Australians who grew up in the 70s, much of the Carrick Hill director's youth was centred around that most hallowed of Aussie spaces - the backyard lawn.

But as land allocations decrease and priorities change, Tony feels the golden era of the Aussie backyard is sadly passing.

The new exhibition The Blade: Australia's Love Affair With the Lawn at Carrick Hill historic house at the foot of the SA's Adelaide Hills launched yesterday and will be open until May 23.

The exhibition, run in conjunction with the Australian Garden History Society, celebrates the small patch of grass that became so culturally significant for post war Australians.

Tony grew up in Lockleys in the 70s and said the freshly mown backyard was the centre of his family's social activities.

It served as an arena for backyard cricket matches, a spot for barbecues and family gatherings and on scorching hot summer days, the trusty slip and slide would be unfurled. 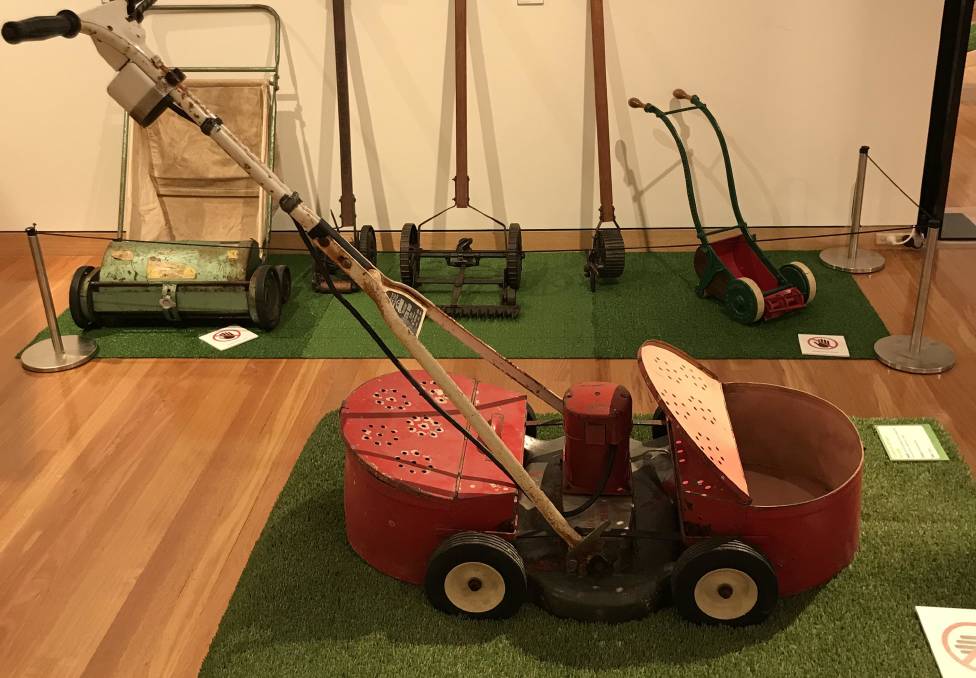 +4
Just some of the historic mowers and cutting equipment that can be found at The Blade: Australia's Love Affair With the Lawn exhibition at Carrick Hill.

"In the late 70s we would be watching Australia vs the West Indies in January and after the day's play, we would go out and play night cricket," he said.

"We only had one rule - if you hit the ball into the old man's veggie patch, it was six and out."

He also recalled many childhood days exploring the versatility of the Hills Hoist. Far from just a device to dry clothes, it could be converted into the frame of a tent, a swing or a playground climbing structure.

The yard was also a spot where family and friends could just sit, cool down and share stories.

"I think the Aussie ideal of the backyard was it was more of a focus of the house than the family room. We had an outdoor culture."

Sadly, Tony said he thought the popularity of the back lawn as a green recreational space was in decline.

"I think suburbia has changed so much with the shrinking of lawn allotment spaces. People are trying to make the most of what they've got by building bigger houses."

"In modern housing developments the neighbours are closer and there's no room for trees or shade. The backyard isn't as pleasant a place as it used to be."

"The average post war house was pretty small, but had a nice verandah and a big yard."

"People are also spending all their time on screens or in isolation in their rooms."

The exhibition marks the 40th Anniversary of the Australian Garden History Society.

It showcases more than 100 hand tools associated with lawn maintenance.

Highlights include a pair of Roman grass clippers from 23 AD and tools used by Aboriginal Australians who used fire for grass management.

It also includes12 historic lawn mowers dating from 1869 including Adelaide's own mower the Scott Bonnar and hugely popular VICTA mowers from the 1960s and 70s.

Carrick Hill is open from 10am-4.30pm Wednesday to Sunday.

After exhibiting at Carrick Hill, the exhibition will travel to The New England Regional Art Museum from June 11-August 15. It will then return to South Australia where it will exhibit at other venues which are to be confirmed.