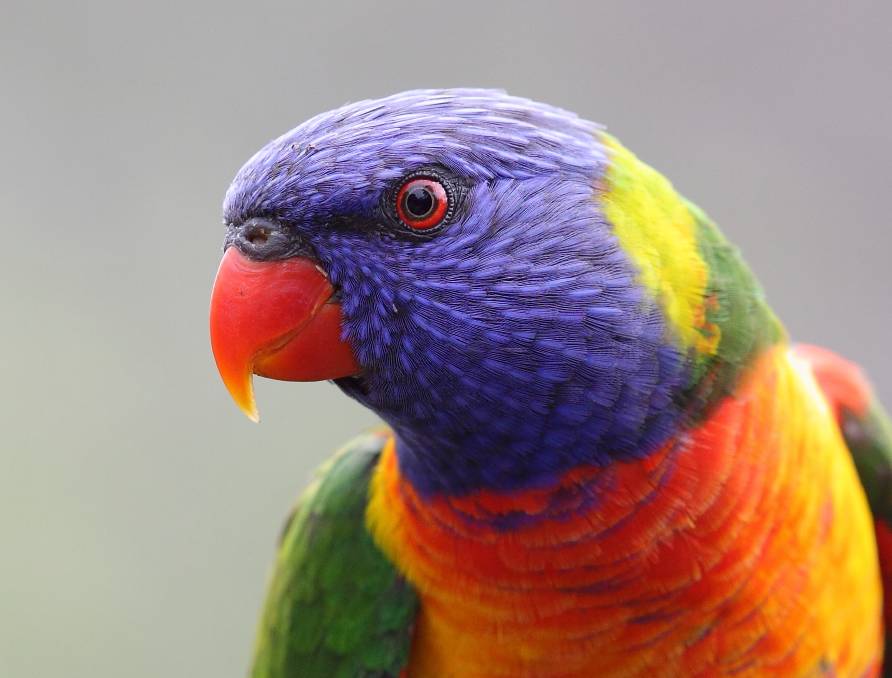 TOP BIRD: The rainbow lorikeet retains its place as the most counted bird in Australia. Photo: Andrew Silcocks.

BirdLife Australia's top 10 is headed by the rainbow lorikeet and tailed by the "bin chicken".

BirdLife Australia's Aussie Backyard Bird Count has done the numbers for another year, with more than 88,000 people counting nearly 3.4 million birds during one week in October.

The mover and shaker of the avian world is the white ibis, ingraciously tagged the bin chicken, making its first appearance at number 10 on the hit parade, up from 13 the previous year.

This jump has been largely attributed to the continuing drought.

The results show that several other dry-country birds, including the white-winged triller, crimson chat and pied honeyeater were recorded in areas they aren't normally found.

So why are rainbow lorikeets top of the pops? The answer lies largely in our garden plantings.

Over the past 50 or so years, traditional European-style gardens have made way for native backyards, which provide the perfect place for these nectar-loving birds to forage. Think eucalypts, bottlebrushes and grevilleas.

When it comes to the most passionate bird-counters, the good people of Lismore, NSW, can take a bow.

They were streets ahead of their nearest rivals - Gosford, NSW, and Albany, WA.

Top three birds in each state or territory