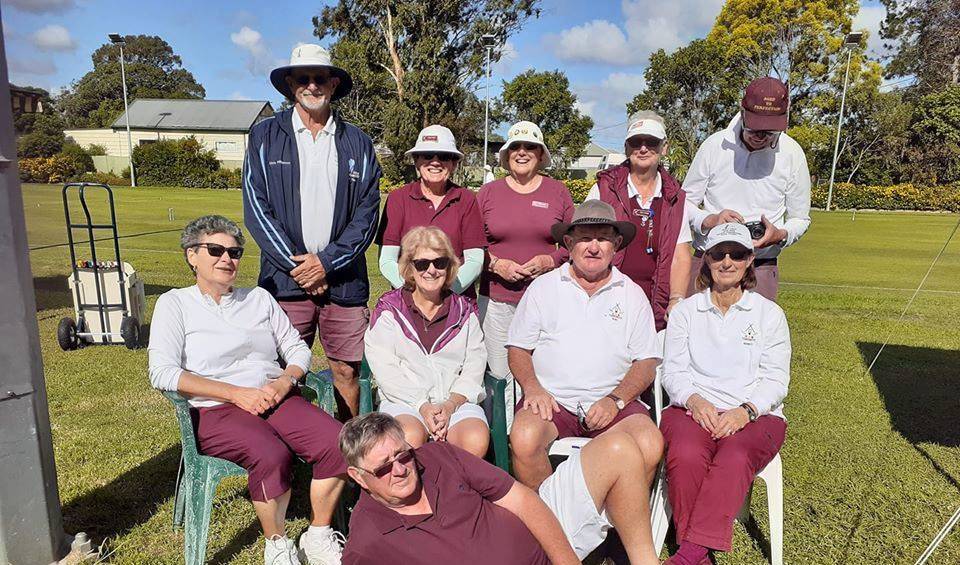 HAVING A BALL: Members of Toronto Croquet Club including Liz McDonald (seated, second from left) and Phil McDonald (front).

Are you looking for a new hobby to help pass the hours? Why not try croquet?

LIZ and Phil McDonald found they had too much time on their hands after retirement, so they looked to where the grass was greener.

After moving to the Lake Macquarie area, the couple found themselves looking for a new hobby, so they contacted Toronto Croquet Club.

Three years later, they haven't looked back - playing three days a week and loving every minute of it.

"I wasn't too keen on bowls, so croquet was the next step," Liz said.

While Liz and Phil have played association croquet, these days they prefer golf croquet.

"It's a very strategic game, it's not just walking around the court trying to put the ball through a hoop."

"Nobody else wants you to go through the hoop, so they try and knock your ball away. It's a nasty game played by nice people."

The club resumed social croquet in September or October of last year and has only just started up competition again.

Liz said numbers had been down a bit since the resumption and the club was keen to welcome new members, whether they be seasoned veterans, or newcomers keen to try something new.

She said while the opportunity to play competitive croquet was there, social games were all about having fun in a friendly, pressure free environment.

"It's all about getting out there and having a laugh. Nobody takes it too seriously, it's a nice sociable game."

She said numerous measures were in place to keep players safe on court. Marshals handle scoring and ensure social distancing is maintained and all equipment is disinfected at the end of each day.

The clubhouse also remains closed, with players bringing their own morning tea.