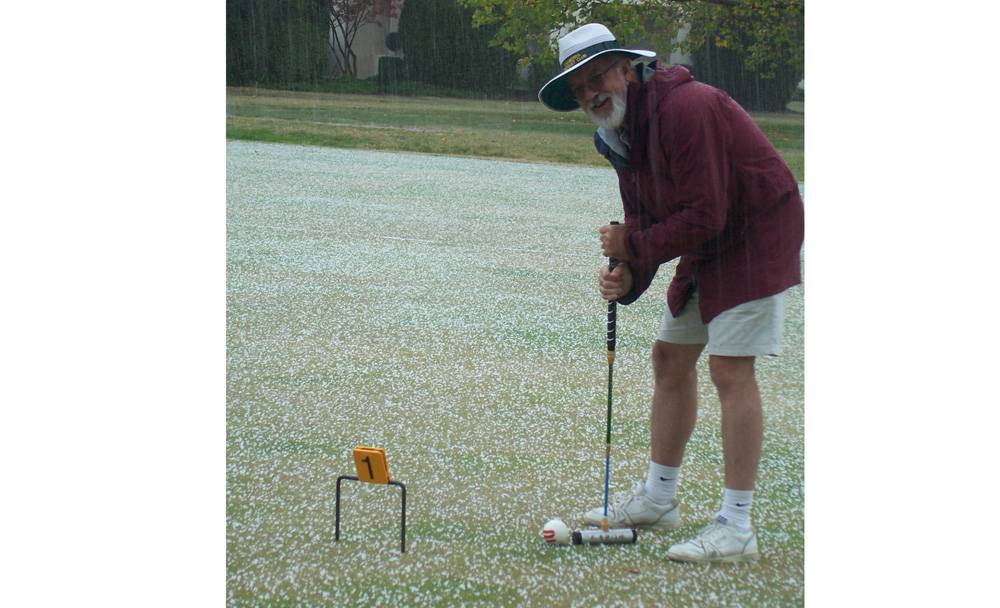 ONE OF Australia’s lesser known but most inclusive sports is leaving its gate wide open in the hope of attracting new members.

ONE OF Australia’s lesser known but most inclusive sports is leaving its gate wide open in the hope of attracting new members.

Gateball is a strategic game in which players hit coloured and numbered balls through three gates and eventually, a centre peg in an attempt to outscore their opposition.

Australian Gateball Club president Geoff Morris said the game was fairly new to Australia and there were only about 300 people playing the game here.

He said there is some physicality involved, such as having a limited time to play shots, having to follow balls around, and being required to bend sometimes, but it is a game that’s fun, strategic and doesn’t place too many demands on the body.

“We teach anyone to play it – it doesn’t matter if they are eight or 80,” said Geoff, who started playing the game more than eight years ago and founded the Redcliffe Gateball Club in late 2014, By 2010 he was heading to Shanghai to play in a world championship.

Geoff took an instant liking to the strategic aspects of the game.

“It’s a bit like playing chess on grass. You’ve got to use your brain to place the ball in the right position so the opposition will leave your balls alone.

“You really have to think. It’s not about just hitting the ball.”

He said the gateball community was very welcoming and accepting, and would give all the support possible to help develop new players, even up to tournament level.

“We help out players as much as possible, offer some free coaching and have plenty of equipment to lend people.

“Everyone gets along with everyone else.

“There is none of the politics that often go on in these sorts of clubs.”

So far it is only played in the eastern states but the club has received some interest and is trying to develop the game in South Australia.