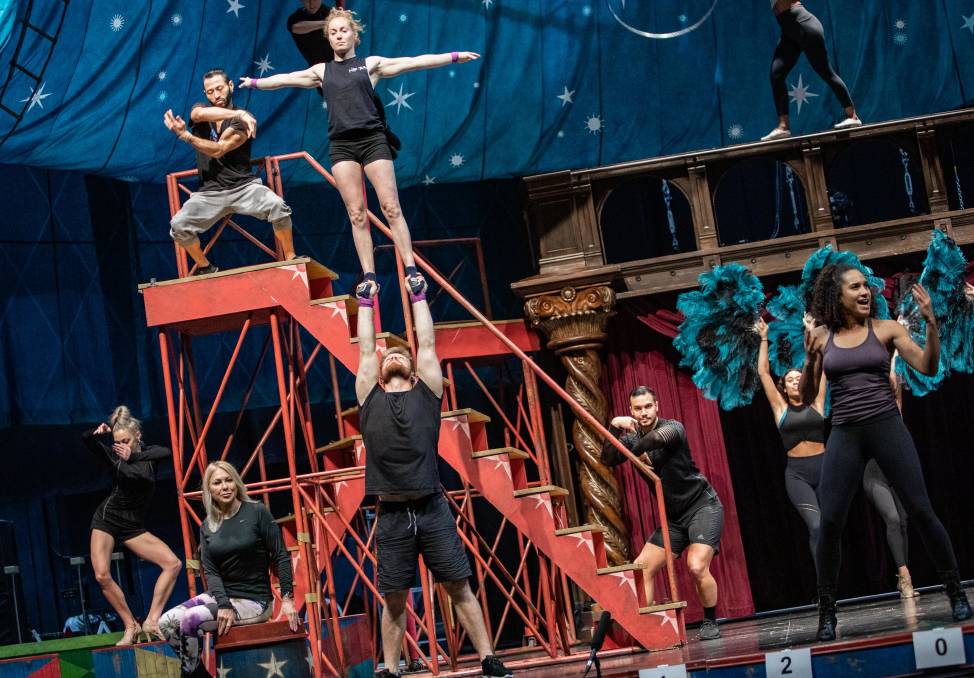 In No Time At All, TV veteran Kerri-Anne Kennerley's trapeze training takes off for Pippin role.

RIGHT now Kerri-Anne Kennerley should be teeing off somewhere in New Zealand.

But instead the golf-loving TV veteran is practicing a different swing altogether - on a circus trapeze - and putting her body through a gruelling training regime, six days a week.

The 67-year-old showbiz legend is in Sydney rehearsing for her role as Grandma Berthe in the Broadway hit musical Pippin, opening at the Lyric Theatre in November in what will be the first major commercial production to open in Australia after curtains fell around theatres in March.

"It's all about upper body strength and core work. In my big number, I have to get on a trapeze and go up 15ft. I'm helped by a very strapping, hunky trapeze artist and we do several movements including one called The Bird, and one where I have to hang by my feet," Kennerley tells The Senior.

"At the moment we're starting with the basics and I'm doing the manoeuvres on a soft mat six inches off the ground. It's a big learning curve and I realise how active and tough this is going to be. It's really coming home to roost now. But every day there is some improvement."

For Kennerley, who departed as a presenter on Studio 10 in September just months before the COVID pandemic hit Australia, the chance to star in her very first musical came at just the right time.

"I would never have gone for it, but the producer John Frost called me and then sent me a video of the Broadway production," said Kennerley, admitting she laughed it off at first. 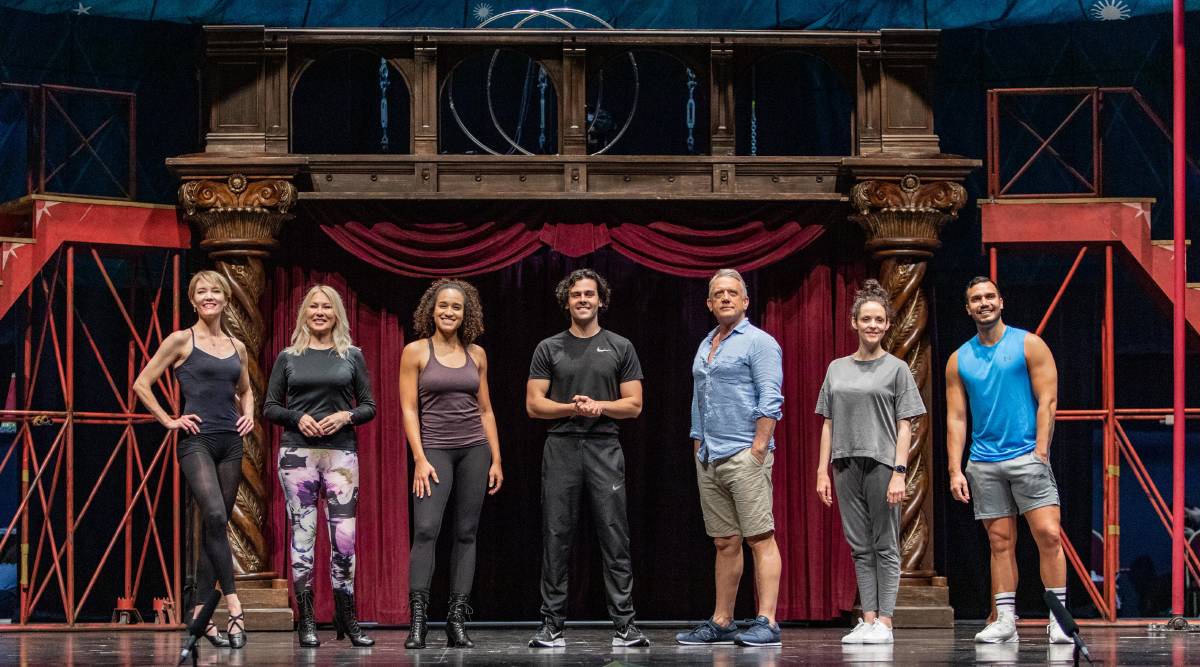 "But then I thought, well because of COVID I can't go anywhere, or do anything. And not many people get a chance to perform in a Broadway show."

Unable to travel, and finding herself with no other work commitments, Kennerley - who started out as a cabaret singer in her 20s - found herself saying yes.

"And the song I sing, No Time At All, is all about living in the moment, and so, like the song, I grabbed the opportunity with both hands," she said, of the showstopper.

"It's also a perfect seniors song. It's all about the ageing process."

While Kennerley is no stranger to intensive training schedules - putting herself through the paces in reality TV hit Dancing with the Stars in 2012 - she said this is "a whole different ball game".

"When I was in Studio 10 I always said, I'll work two days a week. Then it went to three and I was doing that for 18 months. I knew I didn't ever want to do five days a week. Now I'm rehearsing six days a week, 10am-6pm. It's gone from the sublime to the ridiculous! How blonde!"

"I have also been going to the gym and lifting weights to help the muscles around my knees. I've had surgery on one of them and the knees always get a bit touchy."

During the rehearsal process, Kennerley said has been "gobsmacked" by the talents of her fellow performers including Ainsley Melham, 28, Gabrielle McClinton, 31, and Simon Burke, 59.

With a strong local cast and crew, she said she is angry at the recent backlash surrounding the casting of black American actor, McClinton, in Pippin's lead role - the Leading Player.

McClinton has previously played the role on Broadway as an understudy and then took over permanently for the US tour. Producers said they needed to cast her as there wasn't enough time to train someone to do the complex acrobatics required.

"I cannot express how disappointed I am that people in the same industry had a negative crack at this show. If they had bothered to ask the questions, the reason the Leading Player came out from New York is that this show only had three months to get off the ground. This will be the first musical for TV veteran Kerri-Anne. Photo: Studio 10.

"It is a very acrobatic role and it would take longer than that to be able to learn all the technical moves and physical demands of the role. This was a time-based decision and even if we had found someone from here to play the Leading Player it would have probably taken longer than three months to get them up to speed.

"It is really sad that some people still wanted to criticise. There are between 40 and 50 local people who now have jobs including all the behind-the-scenes crew, which is fantastic."

She said the main thing is for Sydney theatregoers to get out there and support the industry.

"This is about getting people back to the theatre and of course these are mainly local performers and crew who are so excited to be back and doing what they do best."

Of course, in the audience will be Kennerley's friends, family and former colleagues, cheering her on.

And afterwards? "Well right now I was supposed to be overseas playing golf, so when we can travel safely again I'll be on that plane!"