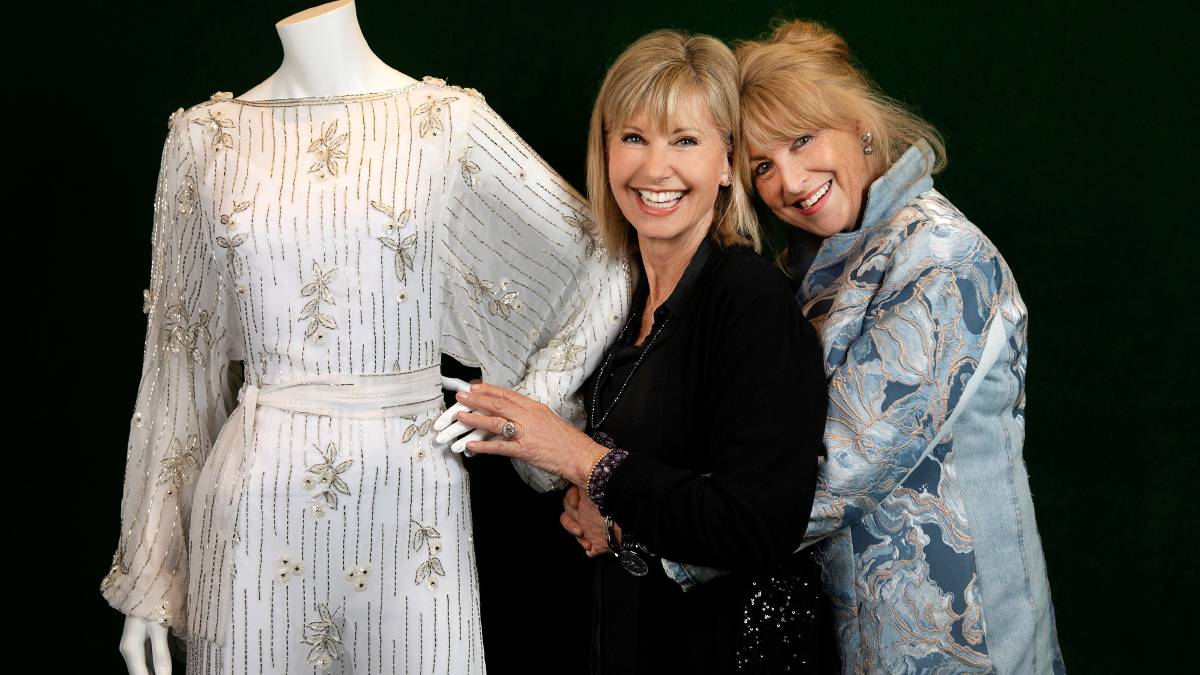 Some of Olivia Newton-John's most prized possessions including gowns, design sketches, scripts, tour music and a coveted award have a new home at Arts Centre Melbourne's Australian Performing Arts Collection.

The acquisition was announced to coincide with the four-time Grammy Award-winner's recent 72nd birthday.

The items - including an embellished white chiffon gown worn by Newton-John for her television special Olivia (ABC, 1978) with Andy Gibb and ABBA - were among 500 items she auctioned last year to raise funds for the Olivia Newton-John Cancer Wellness & Research Centre.

The second gown - Newton-John's Royal Charity Concert gown currently on display in the Australian Music Vault - features ruby red sequins, bugle beads and iridescent glass in a foliate motif. It was worn by her when meeting the Queen and Prince Philip at the Sydney Opera House in 1980.

Newton John also wore the gown while performing Suddenly with Cliff Richard on The Midnight Special in the US in 1980. It, too, was designed by Thiemeyer and is accompanied by a concert program from the event signed by ONJ and a pair of images of her wearing the dress.

Other items acquired by the collection include a signed tour portfolio containing handwritten sheet music for Physical, the Royal Charity Concert script, Olivia TV script and an Australian Gold Record Award for the single Banks of the Ohio.