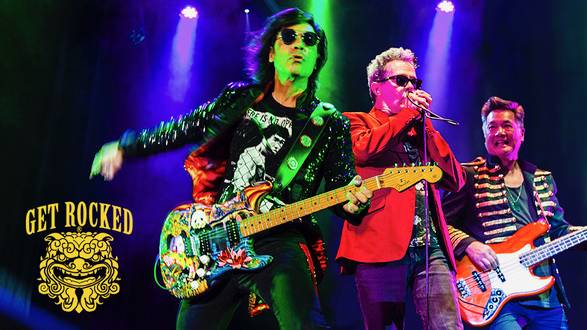 Dust off the satin flares and stack-heeled boots: it's time to rock '70s style.

Boney Moroney, Get Rocked, Glad All Over: teenagers of the '70s rejoice... Hush is back - in part.

Les Gock and Rick Lum, those multicultural gurus of '70s glam rock, are back together for three big shows in March.

They will be joined by The Choirboys' Mark Gable on vocals and some of Australia's finest musicians to celebrate many of Oz rock's most fun moments at The Get Rocked Show.

Guitar wiz Gock and bass master Lum made up half of Hush, one of Australia's biggest glam rock chart-toppers of their era.

Together with Chris "Smiley" Pailthorpe on drums and lead singer Keith Lamb, they produced songs that raced up the charts and saw them a constant fixture on music show Countdown.

The Get Rocked Show promises to be loud, flashy, passionate and a lot of crazy fun as it celebrates not only Hush but the heavy rock acts they shared the hard road with, such as Stevie Wright, AC/DC, The Angels and Rose Tattoo.

Other great Hush songs: Get the Feeling, C'Mon We're Taking Over, Rough, Touch and Ready, Too Young To Know, Nothing Stays the Same Forever.