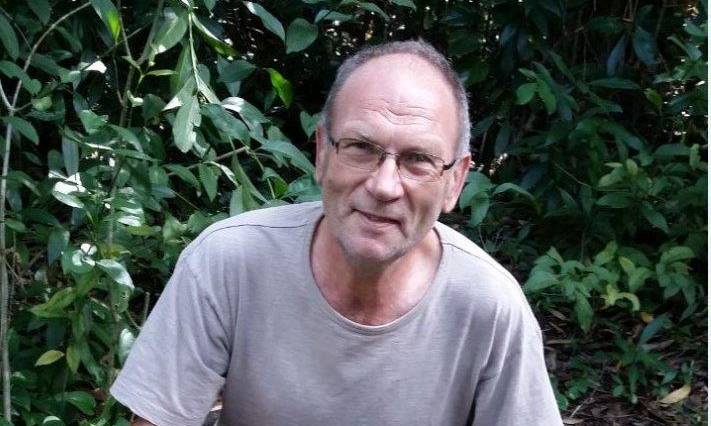 NOT ALONE: Gary Coles still feels a part of himself is missing following the adoption of his son when he was much younger, but has found sharing his story with others to be therapeutic.

Gary Coles said he was a "coward" when he made a choice which still causes great pain.

GARY Coles was young and scared when his biological son was adopted in 1967; and in 52 years, his guilt and regret over the situation has never left him.

The author and family man has found a form of catharsis through sharing his experiences with others and encourages birth fathers whose children have been adopted to reach out to those in similar situations.

Gary was studying at university in his birth country New Zealand when he met Kay, who would become pregnant with his son.

Overwhelmed by the news of Kay's pregnancy, he went to his father for advice, which was not forthcoming, while Kay was unable to tell her parents due to societal stigma and fear of their reactions.

"I was not there for the birth. I guess I was a coward, to put it bluntly," he said.

"I finished my degree in geology and moved to Australia. I felt in a way I was abandoning the scene of my crime."

Gary went on to marry and had two children. He thought frequently of his adopted son, but felt unable to follow up on his feelings because his name was not on the original birth certificate.

"In 1992, the nagging doubts became overwhelming and I had to act," he said.

After arranging to meet Kay to apologise, Gary began the process of trying to locate his son and in 1994 he had his name retrospectively added to his birth certificate.

He finally arranged a meeting in 2009 - 17 years after he began his search. His son told him he had no curiosity about his adoption or genetic heritage.

"I've been sending him birthday cards since 2000 because it's important I tell him at every opportunity that I love him," Gary said. "I still hold out hope he'll have a change of heart one day.

"I'd love to have a fully fledged reunion where we can communicate easily and he can get to know my family and his half siblings."

Gary said while he was to blame for the adoption of his son, many biological fathers had the decision taken out of their hands.

He said many fathers who sought to be actively involved in decisions about their infant's future were prohibited by hospital staff from seeing the mother or child following birth.

"The father's consent for the adoption to take place could be and was often dispensed with, because it expedited the process," he said.

Gary has been a member of the Victorian Adoption Network for Information & Self Help (Vanish) since 1994.

He said the organisation had provided a great deal of support which had proven essential to help him deal with his situation.

He has authored five books on the subject of adoption and ran an Australian-first workshop for the invisible fathers of adoption for Jigsaw Queensland in October.

Sharing his story and talking to other fathers, he said, had helped him to contextualise his emotions.

He encourages other biological parents, particularly fathers, to join a local support service.

"Fathers are often loath to go to such organisations or admit they are having issues," he said. "There aren't many who reach out."

While the toll adoption took on biological mothers was widely acknowledged, he said post-adoption life could be a lonely place for fathers, who were often stereotyped as "feckless cads".

"Generally speaking, a child will reach out to a mother first. Their names are always on the birth certificate," he said.

"The mother is often the conduit to help a child find their father and not all mothers are comfortable with that."