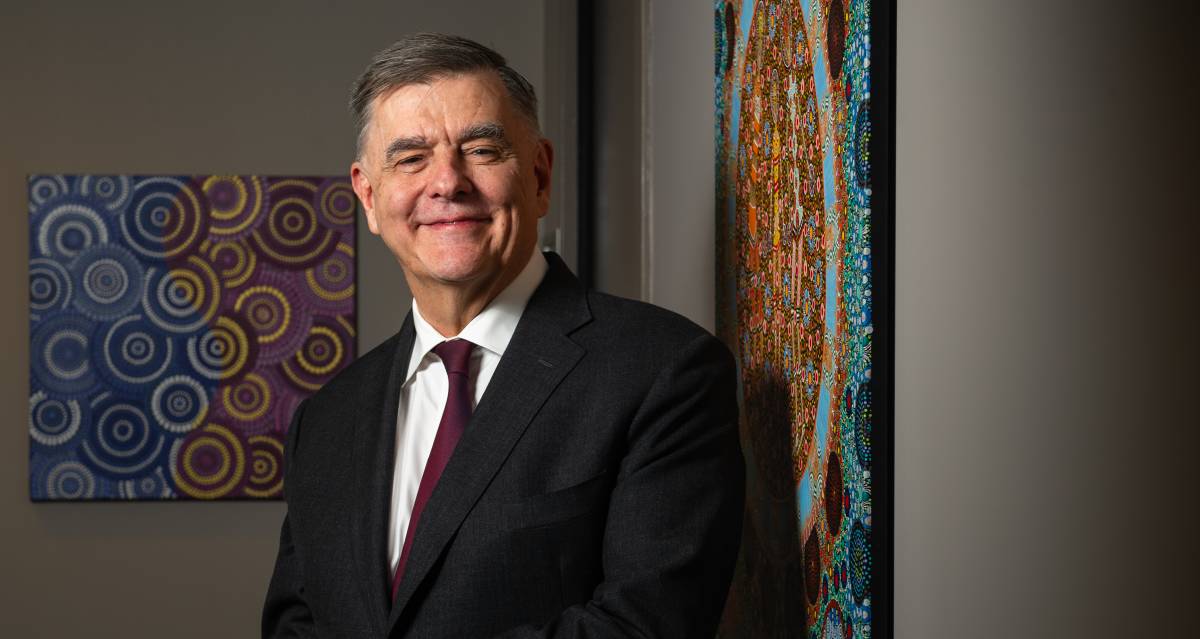 Dr Brendan Murphy has been awarded the highest Queen's honour after a lifelong career in health.

Dr Murphy, who was chief medical officer at the time, became something of a household name as he explained the pandemic to a public bewildered by the rapid changes it brought to the nation.

He has been appointed a Companion of the Order of Australia for his service to medical administration and community health.

Reflecting on the early months of the pandemic, Dr Murphy said it was incredibly challenging.

"The pace of things was extraordinary because this virus, we knew nothing about it, we were one of the first countries to recognise that it was going to become a global pandemic," he said.

"We made that call very early on and it was changing all the time, it was spreading, its behaviour was changing and we had to be incredibly adaptive and responsive.

"The public were very keen for information, we had to get that very difficult balance between giving people the facts but not frightening them.

"It was a very tiring, we were working 18-hour days, weekends disappeared. It was a difficult time but I didn't really have time to stop and think about it. We just got on and did it."

Dr Murphy has since reportedly been viewed by Labor as politicised, after his pandemic appearances with Mr Morrison.

The public servant rejected the claim.

"As a public servant we serve the government of the day and support them. I've never felt in any way politicised," he said.

"That's what public servants do, they serve the government of the day and at the time politicians needed to have health experts beside them to provide that additional information, reassurance and to be able to answer the technical questions.

"I don't think anyone seriously thinks that I've become politicised. I reject that assertion completely.

"I've got a really good relationship with the new government, and we're happy to work with [Anthony Albanese] and implement their agenda."

Dr Murphy declined to comment when The Canberra Times asked about the delays in the COVID vaccine rollout, and what role if any he played in the saga.

"I don't want to get into the politics of the vaccine rollout," he said.

"All I would say about the vaccine rollout, Australians turned up and took up the vaccines incredibly well."

Mr Morrison during the election campaign said he regretted letting the Health Department drive the vaccine rollout, and not bringing in a top military figure to oversee the program earlier in the pandemic.

Dr Murphy said he was aware of the comment but declined to respond, saying his new focus was on the Albanese government.

"I don't want to go into the all the things that were said in the election campaign and all the politics of vaccine rollout," he said.

Despite recent speculation Dr Murphy may retire, the doctor is adamant he isn't going anywhere.

"I have no plans to move on at the moment, idle speculation in the misinformed media has suggested that, but I'm enjoying my role," he said.

"In fact I'm very keen to do some non-COVID health reform work. I've got a really vibrant and strong department, a good executive team and I've got no plans to go anywhere."

While the doctor is well known for his work at the start of the pandemic, Dr Murphy said he sometimes misses working in clinical medicine where he began his career.

"As a clinician I still miss treating patients because that was so rewarding. I used to look after kidney transplants and you see someone who was very sick on dialysis and they have a transplant and life's completely changed," he said.

"There's a lot of joy in clinical medicine."

The Health Department secretary says he always "starts the day with a smile".

"Not many people can say that they've enjoyed every day of their working life and they felt it was rewarding, and I'm very privileged to be able to say that," Dr Murphy said.

"I've been blessed by working in a number of really interesting jobs, and particularly working with some extraordinary people."