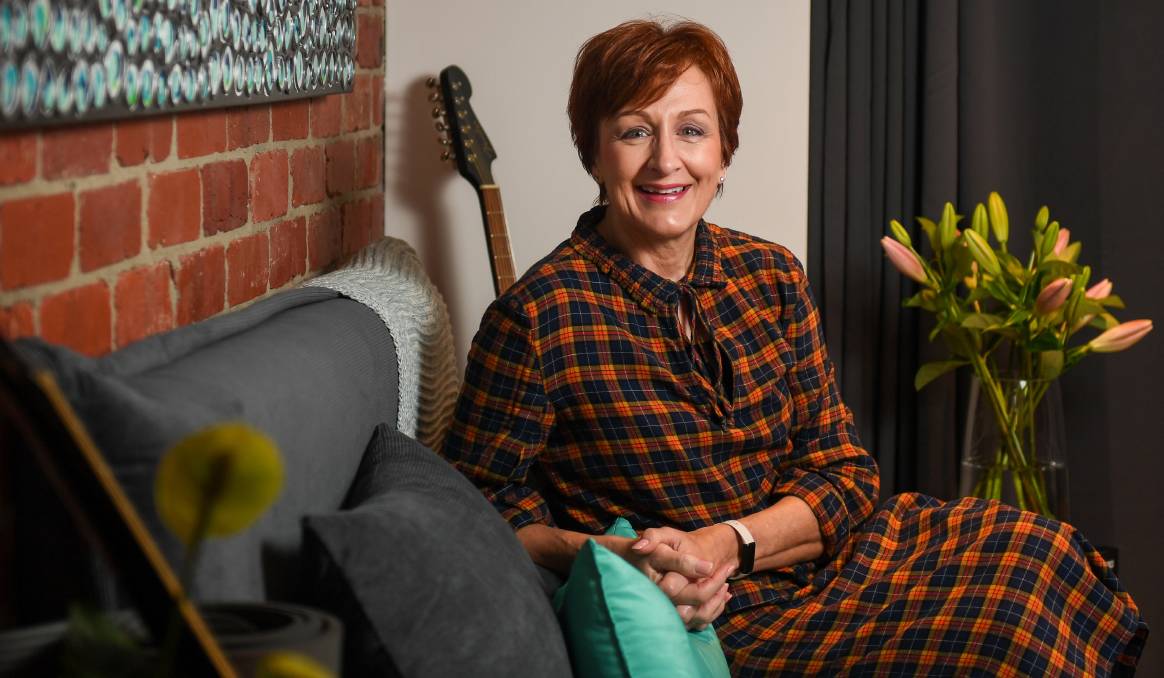 Dr Niki Vincent has fought some heavy battles in her own life with inequality and discrimination.

Dr Niki Vincent has fought some heavy battles in her own life with inequality and discrimination.

Now, as Victoria's new public sector gender equality commissioner, based in East Melbourne, she is in charge of tackling the conditions that allow some of that inequality to continue.

Arriving in Adelaide as a 10 Pound Pom in the 1970s, Vincent settled with her family in the city's working-class northern suburbs.

A year later, at the age of 12, she was sexually assaulted by a friend's father, then had "the most horrifying experience" of being required to give evidence in court while he was present.

Having turned into "a pretty rebellious kid" after the event, she was thrown out of home by her parents at the age of 15.

The teenaged Vincent worked to support herself through school, and seeking stability, became engaged at 17 and married at 18.

She had had four children by the time she was 25, when her husband left her.

As a young mother from a low socio-economic background, "there were certain expectations or assumptions about [her] that were reinforced by people in authority," she says.

One dire example was when, presenting to hospital with a baby who had suffered an aneurism she was accused of committing child abuse by medical staff, who for days didn't listen to her explanations about the baby's symptoms.

"I have never felt so powerless and frightened," she says. 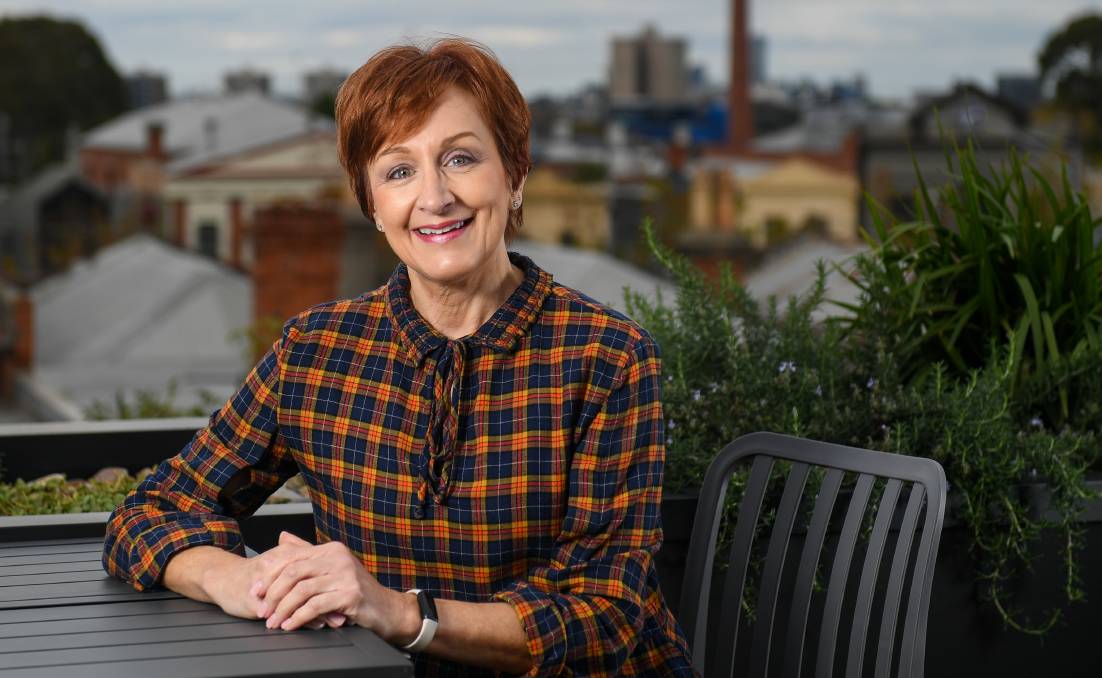 Somehow the young woman juggled bringing up her four children with running the family building business she had helped establish and studying for a bachelor's degree, with honours in psychology.

Despite the good marks she received Vincent lacked confidence in her capacity, carrying the "limiting assumptions" of others with her, she says.

"I looked down on myself."

But when a letter from the University of Adelaide arrived informing her she had been awarded the University Medal for academic performance, the recognition changed her outlook completely and propelled her into academic research.

From there she found her professional wings, launching into a career in research and executive leadership, which saw her study for a PhD, pick up another university medal, and in 2002 establish leadership development organisation the South Australian Leaders Institute.

In 2016 Vincent landed the job of South Australia's Commissioner for Equal Opportunity.

It gave her responsibility for legislation promoting equality across all categories - gender, race, age, disability, sexuality and religion, and in that role she was commissioned to carry out reviews of the South Australian police force and Metropolitan Fire Service.

Four years into her five-year term in the job she became aware of the Gender Equality Bill being drafted in Victoria.

"Gender equality is something I've always been incredibly passionate about," she says.

"I noticed there was going to be a commissioner role and I started putting out feelers about that."

With experience as a commissioner, setting up organisations from scratch and running not-for-profit entities and big research programs, Vincent felt she was ideal for the job, and the employment selectors agreed, choosing her for what she believes was "a very sought-after role".

Leaving Adelaide at the start of 2021, Vincent drove across south-eastern South Australia and western Victoria with her then 18-year-old foster daughter to take up her new job, arriving on January 2.

She hadn't counted on the continuing pandemic.

"We moved into a tiny little apartment thinking 'We'll just stay here until we can find a bigger place,' and we were there for about 14 months I think in the end," she says.

Joining them involuntarily for several months was her South Australian partner, Chuck Smeaton, who got stuck in Victoria after the border between the two states closed.

"We were in this tiny two bedroom apartment, and we all got COVID," Vincent says.

"I wasn't on his happy list at that time, I can tell you."

She has since bought a house in North Fitzroy big enough to accommodate her large family when they visit, as well as Smeaton, who spends a fair bit of time in Melbourne.

The relationship with Smeaton, a one-time editor of Playboy magazine, is a surprising one, given Vincent's feminist outlook.

But the pair, who met on a dating app, have a lot in common, particularly the importance they attach to family.

"I was interested in what kind of a parent he was because I have a lot of kids in my life," Vincent says.

"I've got four of my own kids and a foster kid, and I've got 10 grandkids, so I wanted someone who could get on with kids basically, because they were going to have to.

"And I loved the way he described his two children and was so proud of them."

Smeaton's former job was the catalyst for a lot of discussion between the two, and ultimately change.

"He didn't understand why Playboy was a problem to me, and I needed him to," Vincent says. Vincent and partner Chuck Smeaton on a hiking trip

"So we spent a lot of time talking about that and he read a lot of books, and we argued quite a bit, back and forth.

Now, Smeaton, who is the chief operating officer of science education organisation the Royal Institution of Australia, "gets" what is wrong with Playboy from Vincent's perspective, and calls himself "a feminist in training".

"He comes to lots of events and everyone wants to talk to him," she says.

"I think he's a good role model - if the editor of Playboy can do it, others can do it.

"And he says to me, 'Use me as an example wherever you go!'"

Vincent: 'this is about equality for all'

Created by Victorian legislation in February 2020, the Public Service Gender Equality Commission is tasked with overseeing new legal requirements for the public sector and statutory organisations to promote gender equality and take positive action towards achieving it.

In all, 380,000 people in 300 organisations, including local councils, universities and organisations like water corporations will be reporting to it - around 10 per cent of the state's work force.

Dr Niki Vincent's immediate focus as commissioner is an inaugural "stock take" of workplace cultures based on audits the organisations have been required to carry out, which it expects to release in July.

The four-yearly audits, which will be published by the commission and on the organisations' own websites, address "key indicators" - gender ratios, pay parity, sexual harrassment, recruitment and promotion practices, workplace flexibility and gender segregation.

In addition, organisations have been required to create gender action plans outlining how they will address disparities, and gender impact assessments of all new programs, policies and services they provide that impact the public.

While the commission has the power to impose targets and quotas, Vincent hopes this won't be necessary and says it won't happen without community consultation.

"We will get [organisations'] first progress report in October next year and we'll be able to see have they shifted, have they worked to make a reasonable and material change in any inequality that they found within their organisation.

"And if not, if across the board organisations are struggling, perhaps with particular indicators of gender inequality, then we might say, 'Look, what we'd like you to aim for is this and perhaps set a target for that'.

Quotas, she describes as "a next step again".

"I'm hoping that just the fact that we have that capacity [to set them] will mean we don't have to do that because organisations take this seriously and really take action."

Vincent says the new legislation shouldn't be seen as disadvantaging or downplaying the contribution of men.

"This is a Gender Equality Act so it is about equality for all genders.

"And we're looking to have more men in female-dominated professions as well."

To some, though, the new reporting requirements and the commission itself might sound like high-minded bureaucracy or worse.

To Vincent, the rationale is clear.

"It's essential work, it has to be done, it's about human rights," she says.

"The pay gap is not fair, sexual harassment is not okay, it's not okay for women to be concentrated into lower paid fields.

"It's not okay for us to not have equal numbers of women in leadership, because women are 51 per cent of the population and they should be equally involved in the decisions at every level of leadership in our society."

She is also adamant about the equal responsibility of men for the care of children and the need for women to have a genuine choice about staying home with the kids - rather than needing to do so because their income is lower.

The story Our Fair Lady: The woman charged with changing the workplace first appeared on Inner East Review.