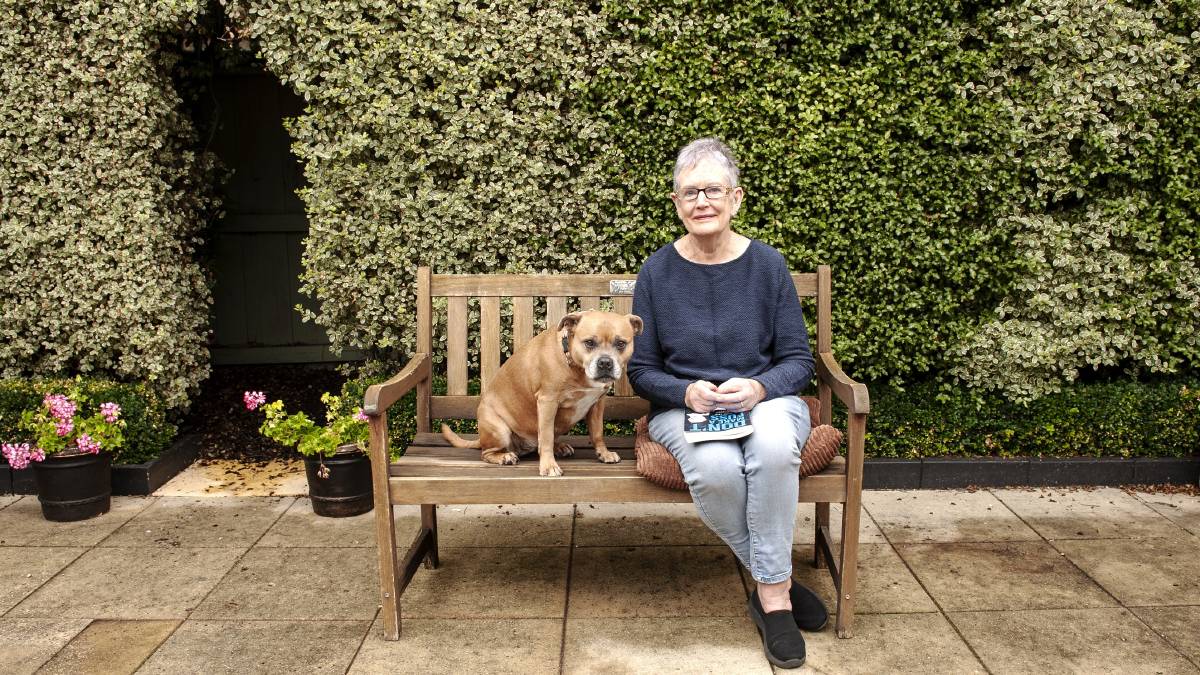 SURVIVOR: Wendy with dog Maisie, who along with husband Tim, provided much support through the years of Bradley Edwards's trial

Wendy Davis recalls 1990 attack by Bradley Edwards and harrowing effect it had on her.

A 72-year-old grandmother, one of three women who survived attacks from Claremont serial killer Bradley Edwards, has written a book encouraging women to speak up if they have been a victim of violence.

In her book Don't Make a Fuss: It's Only the Claremont Serial Killer, former social worker Wendy Davis recalls the harrowing moments in 1990 when she was attacked without warning as she sat at her desk in Hollywood Hospital.

Telecom (now Telstra) worker Edwards, who was working on the hospital telephone system, grabbed Wendy from behind, clamping a cloth over her mouth.

Pinning her arms to her sides, he pulled her backwards on her chair towards a utility room.

Choking on the cloth, Wendy feared for her life. Her survival instinct kicked in and she fought back.

She was pulled off the chair, she felt his fingers on her neck, the cloth was dragged from her mouth and her face was pressed tightly against his chest.

Wendy dashed to the nurses station and Edwards was held by security guards.

To Wendy's shock and anger, he was later only charged with the minor offence of common assault.

Far from her attacker losing his job as she expected, a Telstra manager referred to him as "young Bradley" and explained to her he was having "relationship problems".

"I really couldn't believe what I was hearing," Wendy recalled.

"I felt completely disempowered and anxious.

"The police and the manager did not accord the attack the seriousness it should have been given and they didn't check further into his background.

"Because I was so distraught and disappointed, I buried it totally."

Wendy believes if the attack had been taken more seriously at the time, Edwards would have lost his job and he would have been on the police radar much sooner.

She felt a sick sensation as she learned the serial killings that occurred in WA in the mid-'90s were carried out by the same man who had attacked her.

The feelings of terror, helplessness, despair and shock resurfaced and she began writing as a way to process the trauma.

She realised that despite burying the incident deep down, it had had a huge effect on her.

"I had left that job and career I loved as I couldn't bear to be there," Wendy said.

"I distracted myself by keeping busy and never stopping.

"I suffered insomnia for many years and my marriage was definitely affected.

"I can't say it was the only reason my husband at the time separated and divorced but it definitely had an impact."

Wendy said the main reason for telling her story was showing what can happen if women aren't able to speak out.

"I don't think it was an unusual thing to happen all those years ago.

"I think it would be different today; I think we have moved on. But I still think women cannot take anything for granted.

"Telstra made a public apology and said it wouldn't happen these days and I like to think that is the case, but I think women have still got to be on their guard.

The memoir looks at the pressure on women to minimise and excuse certain behaviours in others, and demonstrates the devastating consequences of not making a fuss.

Wendy, who is now a fulltime carer for her husband Tim, said writing the book had been cathartic.