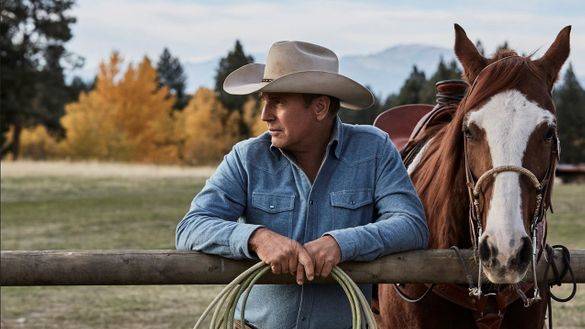 Legendary actor, producer, director and musician Kevin Costner, has been announced as the Calgary Stampede parade marshal, taking place on Friday, July 8, 2022, to kick off The Greatest Outdoor Show on Earth in Canada.

Through his movies, music and most recently, Yellowstone, Costner is recognised as an individual who exemplifies western culture and tradition, mirroring the event's spirit.

Calgary Stampede president and chairman of the board, Steve McDonough, is excited about Costner's appointment.

"What he represents, through his work and organic love of the modern west, is paralleled in the essence and values of the Calgary Stampede," McDonough said.

The Calgary Stampede celebrates the people, the animals, the land, the traditions and the values that make up the surrounding region's spirit.

Since 2018, Costner has portrayed John Dutton on the television show Yellowstone, a modern-day western filmed in the rolling hills and Rocky Mountains of Darby, Montana.

"I have a lot of fond memories of being in Calgary. It has made a big difference to me in my life to make Open Range and Let Him Go there. It's one of the most beautiful spots," says Costner.

Costner and his band, Kevin Costner & Modern West, will be performing at The Big Four Roadhouse following his marshal duties on the evening of July 8.

He has starred in popular films such as Silverado, The Untouchables, Dances with Wolves, Robin Hood: Prince of Thieves, The Bodyguard and Hidden Figures.

This year, more than four million guests are expected to don cowboy/cowgirl boots and feast on the infamous carnival fare at the Calgary Stampede, which runs until July 17.