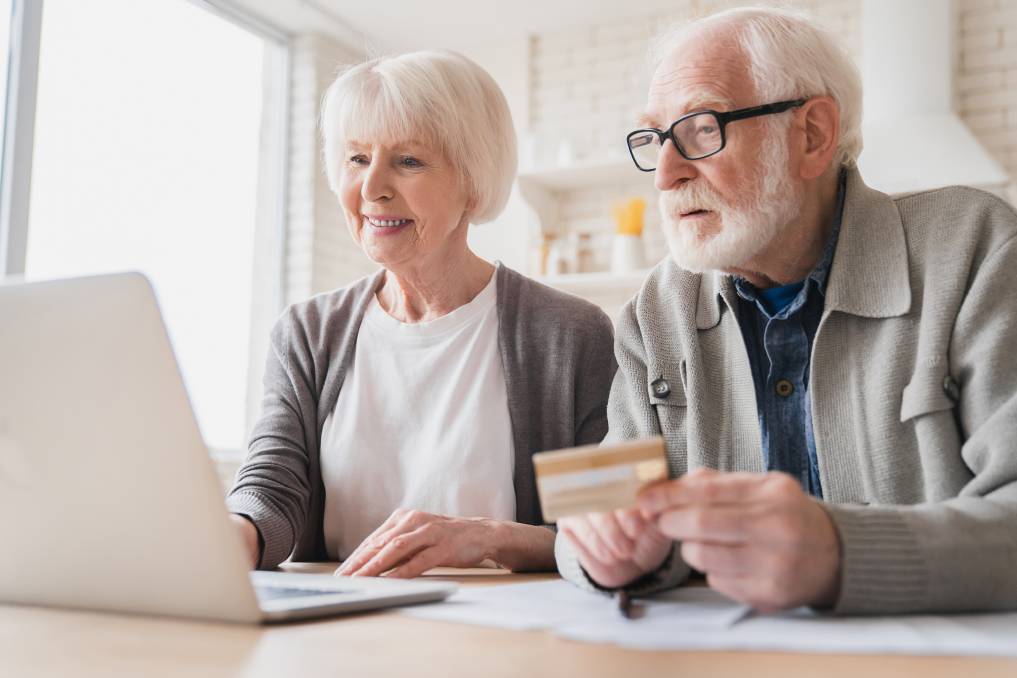 There are a wide range of concessions available, but in many cases retirees don't even know they exist. Picture: Shutterstock.

Inflation is pushing up household costs, which can make it a tough road for seniors on fixed incomes.

Yes, there are a wide range of concessions available, but the rules for eligibility can be complex, and in many cases retirees don't even know the concessions exist.

Enter a magnificent new resource from National Seniors Australia: the Concessions calculator. Input some very basic details, such as the state you live in, and you can see at a glance the entire range of concessions you may be able to qualify for.

Many people assume these cards offer the same benefits across Australia, but in fact the benefits of these cards are inconsistent.

For example, a Pensioner Concession Card in New South Wales entitles you to a low income household rebate of $285 a year, plus a gas rebate of $121 and a council rates rebate of $425. South Australia instead offers a cost of living concession for homeowners of $217.20, an electricity concession of $233.60 and a rates concession of $320.30 a year.

The Seniors Card is a state-based concession card that is easy to obtain, because the main eligibility requirement is that you reach a certain age. Again, the benefits of the card vary by state.

For example, in Western Australia the card gets you a cost-of-living rebate, a local government rebate and even a spectacle subsidy. In Queensland, benefits include 33 per cent discount on your car registration, a $340.85 electricity rebate and a gas rebate (but only for reticulated natural gas). New South Wales and Victoria offer very little.

The Commonwealth Seniors Health Card (CSHC) is the card that is most prized by self-funded retirees, but given the number of emails I get regarding eligibility for it, it's one of the least understood.

The first thing you need to understand is that the CSHC is not asset-tested, it is only income-tested. The income cut-off points are currently $57,761 for a single and $92,416 for a couple, and your income is calculated using your taxable income as per your tax return, plus any deemed income.

But this is where it gets confusing. Under the CSHC rules, Centrelink only deems superannuation that produces an income stream. Superannuation funds in accumulation mode are not tested at all, because they are not producing a taxable income, and you are not drawing an income from them.

Jack and Jill have a share portfolio of $900,000, producing an income of $34,000 a year, plus franking credits of $10,000, so their ATI is $44,000 a year. They also have very large superannuation balances, but since the Turnbull government restricted the amount that could be held in the tax-free pension mode to $1.6 million back in 2016, they are most unlikely to have more than $1.7 million each in pension mode, unless their super fund has been performing spectacularly well.

The deemed value of their super would be $74,720 a year which, when added to their ATI, gives them a total income for CHSC purposes of $118,720. So this year they are over the cut-off for the CSHC, but next year they - and a huge number of other self-funded retirees - will be able to pick up a CSHC and its generous concessions.

Many people are not aware of the proposed changes. You could be one of them, so don't forget to check with Centrelink and use the deeming calculator on my website, www.noelwhittaker.com.au.

Browsing this calculator could be one of the best investments of time you make. You'll be surprised at the range of concessions available, and how they vary from state to state. I picked up $400 a year in rebates that I never knew existed as I was researching this column. You can't afford to miss out.

I am working as a contractor through a labour hire firm. This firm has told me it will not stop paying super guarantee contributions when I reach the maximum annual contribution base.

If this continues I will be more than $7000 over the cap and then will have to deal with the consequences of making excess contributions. It's frustrating that I have no say in what happens to my own salary once the superannuation guarantee (SG) liabilities have been fulfilled. It's just causing more work both to the tax office and myself. Is this your understanding?

The overall issue is that as you are employed through a labour hire firm you technically have one employer but you may have multiple workplaces. The labour hire firm will want to keep it simple.

Many employers pay 10 per cent of the entire salary but some of that contribution is not required by SG where the quarterly maximum is exceeded. The risk for you is that the employer may reduce the SG contribution without at the same time increasing the salary component? Getting caught by exceeding the cap is not a huge issue.

My husband was diagnosed with MS at 58 (he is now 65). We made a decision to sell our family home and move into a retirement village, as the facilities provided in our villa future proof his increasing mobility issues. We have a long term lease and will repay 45 per cent of the sale price on exit (our choice as it meant more cash in our pocket at the time). My question is does a long term lease constitute home ownership for age pension purposes.?

Centrelink treat the purchase of an independent living unit in different ways depending on the amount you pay for the Entry Contribution. If you pay more than the "Extra Allowable Amount" (currently $203,000) then Centrelink will treat you as a homeowner (even though you might not actually own the real estate) and the amount you pay for your unit will not be counted as an asset (the same treatment as if it were your home.

However, if you pay less than the "Extra Allowable Amount", Centrelink will treat you as a non-homeowner and will count the value of the home as an asset. But due to the fact you are considered a non-homeowner the asset test threshold for no- homeowners is higher. Also you would be able to claim rental assistance on the recurrent charges paid to the village operator.

I've tried to understand the rules for putting in a lump sum from an investment property into superannuation and claiming a tax deduction so reducing or eliminating capital gains tax. It's unbelievably complex. I'm retired. But it's so hard. Any suggestions?

Let's take it step-by-step. When you make a taxable capital gain the amount of that gain, less a 50 per cent discount if you've owned the property for over a year, is added to your taxable income in the year the sales contract is signed.

However, you can reduce the capital gains tax if you can reduce the amount of your taxable income in the year you made the gain. In this case if you made a $27,500 tax deductible concessional contribution the entire gain would be kept under $37,500 and so reduce substantially the extra tax that would be paid in this situation.

Just keep in mind that deductible contributions lose a 15 per cent contribution tax/ Also, if you are retired and aged between 67 and 75, you will need to meet the "work test", ie have worked at least 40 hours in no more than 30 days, prior to making the super contribution this financial year.

After a lifetime of self-employment, I'm planning to retire at the end of the financial year, just before I turn 70. I have $1.1 million in my super account, and want to start a pension fund.

Back in 2017, when I had an SMSF, I adopted a withdrawal-and-recontribution strategy to dilute the taxable component of my super, for the long-term benefit of my children who will inherit any super balance, my only asset, when I die. Would you recommend I withdraw $330,000 now and recontribute it as an after-tax contribution before I convert my super to pension mode?

I think that's a good strategy but just keep in mind that the withdrawal will be split into the proportion of taxable and non-taxable components currently in your fund.

Also, given the changes in the rules that will take effect from 1 July, you could repeat this strategy in three years provided the rules don't change and your total super balance does not exceed the cut-off limits at that time (I am being cautious here. We don't know exactly what his TSB is now and what it will be in a few years time). Bear in mind that you can avoid the death tax by making tax-free lump withdrawals from super, as you are nearing the end of your lifespan.