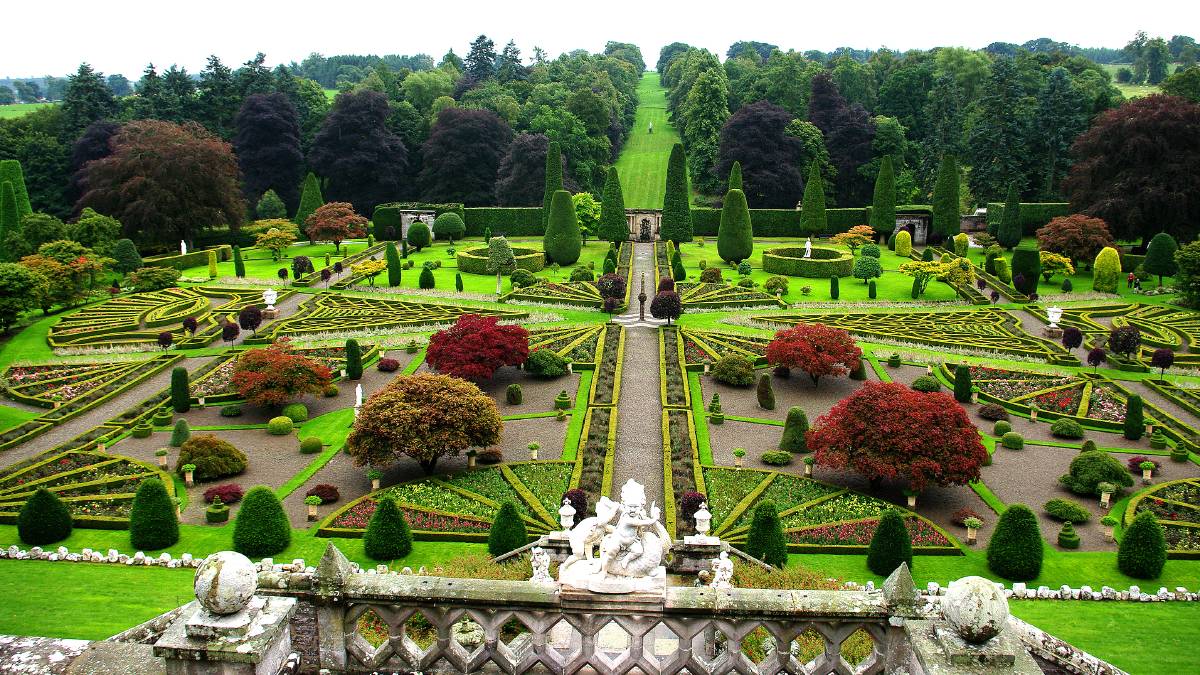 NOW THAT'S A HEDGE: One of the best examples in the world of this type of garden is the parterre garden at Drummond Castle near Perth in Scotland. Photo Paul Lucas

Hedges make a great substitute for a fence and offer a place for little creatures to make a home.

Hedges, in their most basic form, are really just a line of plants, grown very close together, so that no gaps are between them.

Originally, they were used mainly to enclose areas to keep animals confined or to divide plots of land to segregate one paddock or field from another.

They are really a fence substitute, albeit made from living plants rather than wood, stone or such. The benefit of this is that small creatures can make their homes in the dense thicket and, thus, be protected from predators.

At some time in human history, hedges became decorative, as in castle and stately home gardens.

The idea of this was that they could be viewed from windows or balconies high up, to give an interesting and added dimension to the garden. One of the best examples in the world of this type of garden is the parterre garden at Drummond Castle near Perth in Scotland, where it is seen from the ramparts.

You see so much more of the pattern if you view it from an elevation because it doesn't display as well at ground level.

What type of plants can be used for a hedge? Well, this depends upon how high you want it to be, the smaller growing the plant, the smaller the hedge. Some of the highest I have seen have used conifer trees. These have the limitation, of course, of allowing animals to get between the lower trunk areas.

For full coverage, you need a plant that will have small branches and foliage from the ground up. Some of the most popular plants used are: Box, Lavender, exotic or native Rosemary, Camellias, Hawthorn and much, much more.

When thinking about including a hedge in your garden, consideration needs to also be given as to how much work it will entail because it will need trimming at various intervals.

The quicker growing plants will need more work than the slower growing ones, although your hedge will take longer to achieve. My miniature box plants were placed 20cm apart.

As you will need lots of plants, the most economical way is to grow them from cuttings. It won't take too long for them to mature and, in no time at all, your hedge will be forming. The other way is to get tube stock, which is usually reasonably priced.