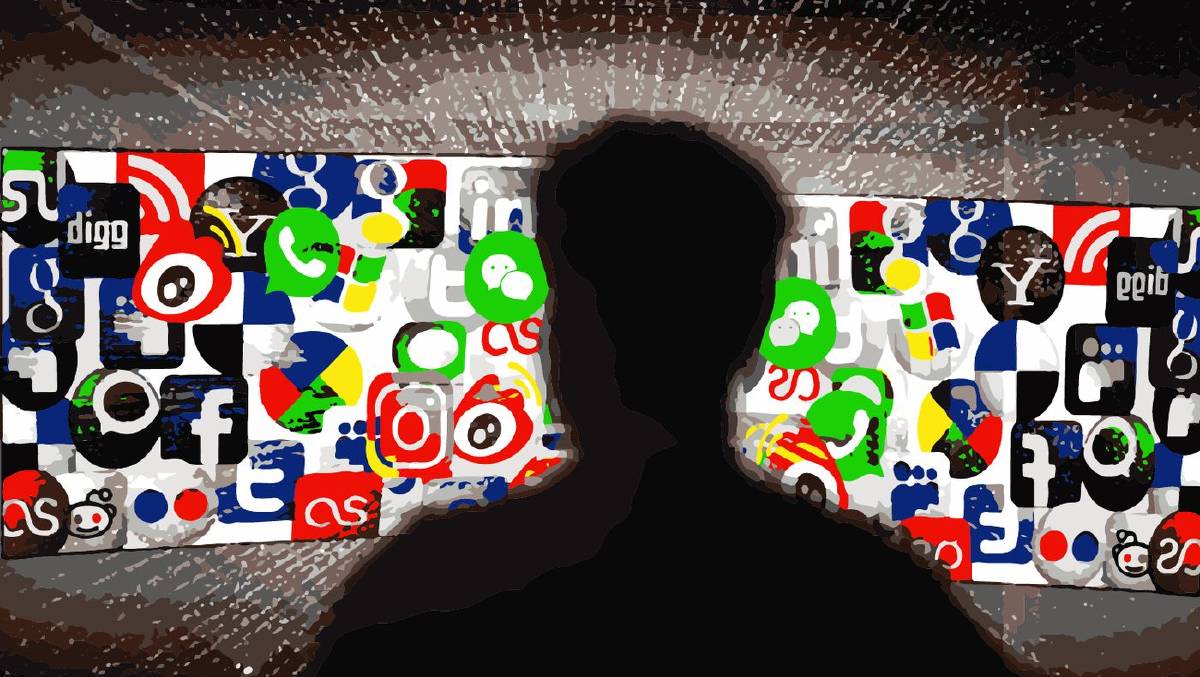 The platforms billions of us use have amassed enormous power. Picture: Michael Joiner, 360info

360info investigates how today's platforms are driving inequality and how both regulation and new technologies might shape the future web, for better or worse.

The modern web has allowed us to do more and connect with each other in more ways than ever. But being the 'platforms' on which people do business, socialise and exchange data has allowed some companies to amass enormous power and wealth, leaving little for the users whose content fuels their platform.

This power disparity has grown in the last decade, leaving the web less diverse and making it harder for users to understand their rights and the use of their data.

Users often have little idea how their personal data is used by platforms: "Companies unilaterally decide upon their own terms and conditions and privacy policies," says Fabio Morreale of Waipapa Taumata Rau (the University of Auckland), "and these can be changed at any time".

Regulators across the largest global markets are looking for ways to constrain platforms: the EU's Digital Markets Act looks to target "gatekeeper" platforms, while in the US, Congress continues to debate the American Choice and Innovation Online Act, which seeks to stop the largest players from limiting competition.

But users may not wait for the law to catch up. A constant stream of new apps look to either become the next big platform or to reject the model entirely. Meanwhile, blockchain-driven services abound, promising to fix more and more of the web's problems. But blockchain is still a technology that is rife with risk for many users.

With these competing approaches racing to outmode platforms and create a different web, the question won't just be whether platforms can adapt and survive - it will be whether users are better protected.

Google Search makes up 92 percent of all searches worldwide. Its browser, Chrome, is used by nearly two thirds of users worldwide and defaults to Google Search. 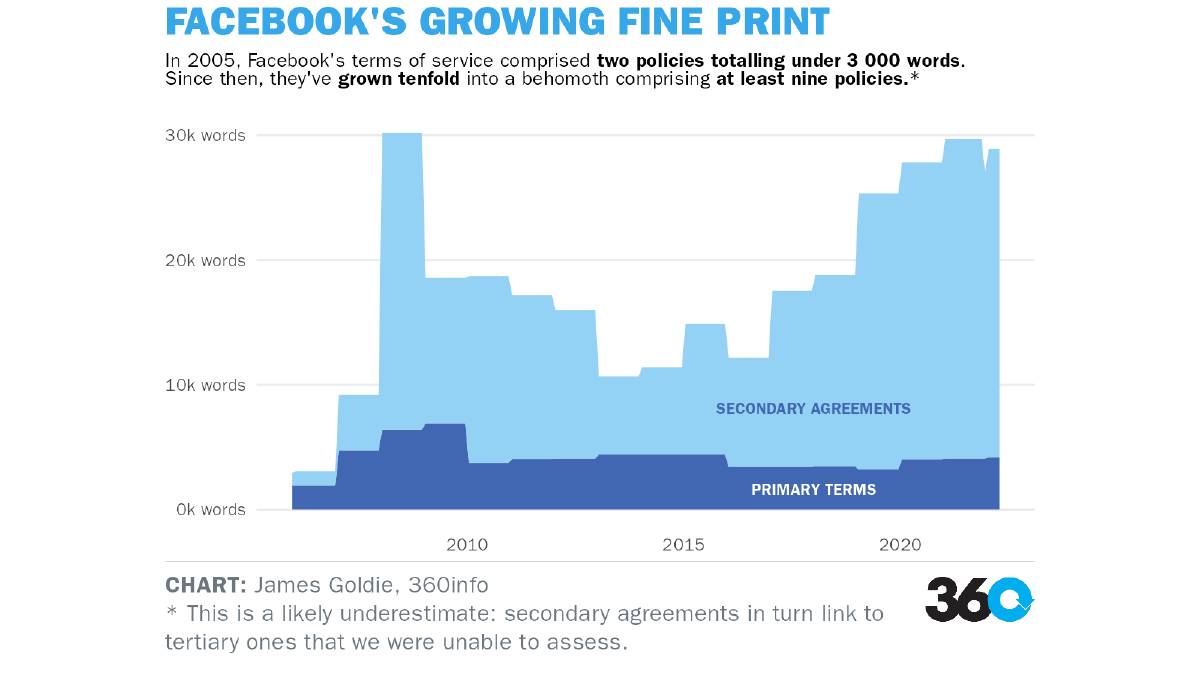 A 360info analysis has found that Facebook's terms of service have grown and splintered into an array of secondary agreements over the last 15 years, covering everything from its Advertising Policies to its Pages, Groups and Events Policy:

In 2005, Facebook's terms of service comprised two policies totalling under 3000 words. Since then, they've grown tenfold into a behemoth comprising at least nine policies.