He has been the poster child of Labor's election campaign, but Jason Clare's housing policy could be antidote to the affordability crisis.

He may be the man who charmed the press when the boss got the bug.

But Jason Clare's evolution to a senior figure of Labor's front bench has been three years in the making, with a housing policy that has become central to the opposition's bid to win government.

Dubbed Labor's architect to address the housing affordability crisis, Mr Clare's four-pronged plan unveiled at the party's campaign launch in Perth has become a cornerstone point of difference between the two parties fighting an election on the cost of living.

In an exclusive interview with ACM, the kid from Cabramatta shared why housing has become a central issue this election and why major reform is needed to keep the Australian dream of home ownership alive.

"I do think that Australians still want to own a home," Mr Clare said.

"But people, particularly people on lower incomes, are feeling like that's just a bridge too far."

Stresses within the housing market came to a loggerhead during the pandemic. 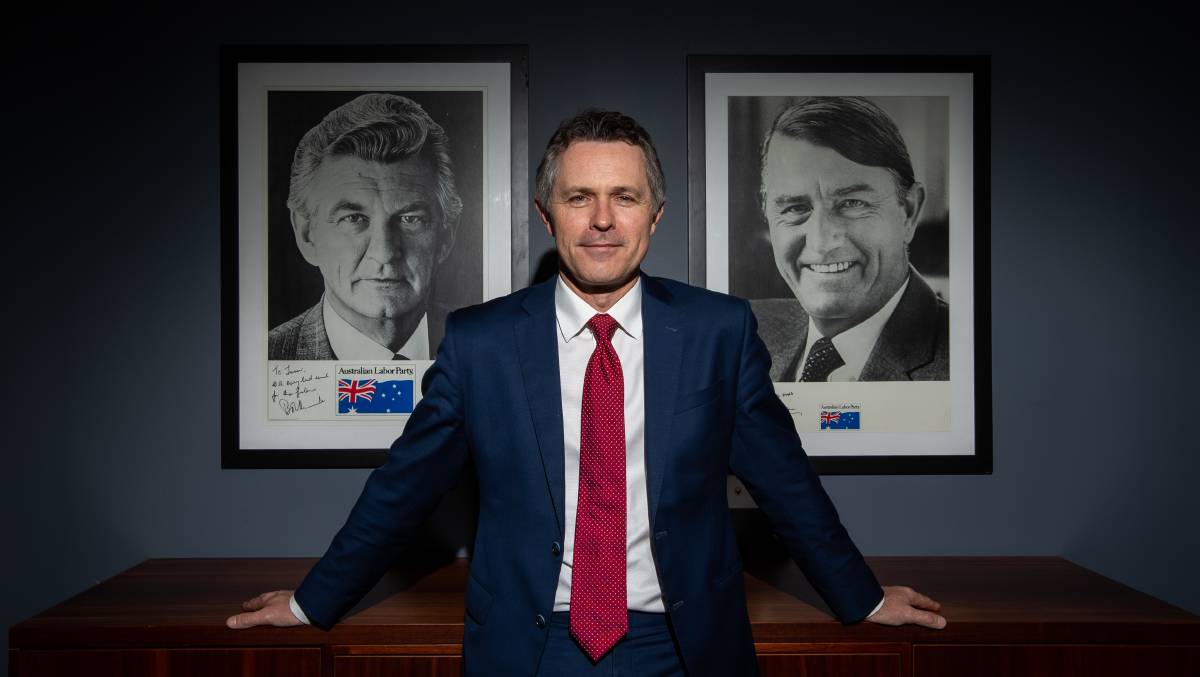 Record low interest rates, a lack of housing stock and global supply disruptions pushing up construction costs, has fuelled price rises by more than 25 per cent.

In regional hubs such as Newcastle and Launceston, dwelling prices have escalated by more than 40 per cent.

Mr Clare says those rises have further pushed home ownership out of reach for low and middle income earners, but also accelerated rental prices to surge in both metropolitan and regional Australia.

He says existing schemes put in place by the Coalition under the Home Guarantee Scheme are not addressing these price rises.

"I think a lot of people on low incomes who are renting at the moment don't have $500 in their bank account if the washing machine breaks down, let alone a 5 per cent deposit.

"We need to think about what are the different ideas that are going to help people that are feeling housing stress at the moment."

The first facet of Labor's housing pitch this election has been its Help To Buy initiative.

The shared equity scheme is designed to drop the cost by up to 40 per cent and to get people into housing who would never have been able to meet the hurdles to acquiring a mortgage.

However, Mr Clare's policy of three years in the making has already garnered a scare campaign from the Coalition, claiming a pay rise over the income threshold would force someone to sell.

Labor says the claims made by Prime Minister Scott Morrison are false and misleading.

A broad array of lobby groups and associations across the political spectrum, including Master Builders Australia, the Property Council of Australia and the Housing Industry Association have welcomed the scheme.

Mr Clare said Mr Morrison's comments have been desperate and out of step with state Liberal governments such as NSW and Tasmania which are seeking to implement their own shared equity schemes.

"They're worried that Australians aren't going to vote for them because we've come up with an idea that's going to help a lot of Australians to live in a home that they own rather than rent for the rest of their life," he said.

The scheme would be in addition to existing finance schemes offered by the federal government, with Mr Clare placing emphasis that Help to Buy is for people who would never have been able to afford a home.

But the biggest reform the member of Blaxland may implement if Labor is elected is his attempt to try and fix the structural supply issues caused that have emerged due to a lack of synergy between the three tiers of government.

The National Housing Supply and Affordability Council, which is the second arm of Labor's housing plan, will seek to coordinate and set targets for available land supply for new residential developments.

Mr Clare believes it is a policy that is the first stepping stone in addressing the barriers placing additional pressure on housing affordability and bringing all levels of government to the table to tackle the issue.

He noted currently state and federal housing ministers do not meet and local governments have been struck out of national cabinet completely.

"It's not sexy stuff ... but if we can make a meaningful difference here, then it will have a big impact on housing affordability," Mr Clare said.

"It's the Gordian knot. This is the first step in getting everybody together to try and tackle this issue."

His zingers as campaign spokesman during press conferences has elevated his profile and fuelled buzz over whether he could be the next party leader.

But Mr Clare's legacy may be his crucial role in designing a core reform that could see Labor form government on May 21.

The story 'It's not sexy stuff, but...': Clare's plan to fix housing first appeared on The Canberra Times.