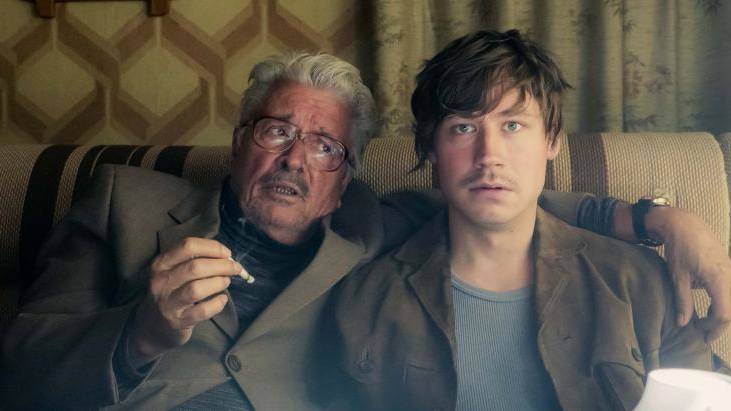 TOP VIEWING: A scene from A Stasi Comedy.

The best contemporary German cinema direct from major festivals will screen in Adelaide's CBD this June.

The 2022 German Film Festival will screen in Adelaide from June 2-22.

The festival will be showcasing the best contemporary German cinema direct from major festivals in Europe plus a selection from its German-speaking neighbours, Austria and Switzerland at Palace Nova Eastend Cinemas and Palace Nova Prospect Cinemas.

This year's festival opens with A Stasi Comedy (Stasikomdie), a fresh release direct from Germany starring festival favourites David Kross and Tom Schilling and set in Communist East Berlin in the early 1980s.

Ludger (played by Kross) is hired by the Stasi to infiltrate a subversive countercultural movement in the district of Prenzlauer Berg.

After falling in love with the mysterious Nathalie and sleeping with his first target, Corinna, Ludger ends up living two lives - one as an underground poet and one as a Stasi agent. Both lives come back to haunt him 30 years later.

The festival centrepiece, direct from its Berlinale premiere, is The Forger (Der Passflscher), based on the true story of Samson "Cioma" Schnhaus, a Jewish graphic artist who hid in plain sight in 1940s Berlin, moving freely about the city using fake documents, while secretly forging IDs to help hundreds of others.

This year's Festival Special Presentation is Dear Thomas (Lieber Thomas), a historical monochrome biopic of East German writer and filmmaker Thomas Brasch, starring rising star Albrecht Schuch. It follows Brasch as he transforms into a prolific writer and poetic rebel but struggles with the reality of censorship in communist East Germany.

To celebrate the 50-year anniversary of the Goethe-Institut in Australia, a specially curated selection of outstanding German cinema from the last five decades will delight film lovers.

It includes the 1979 Academy-Award winning The Tin Drum (Die Blechtrommel) remains as strikingly original and continuously surprising as when it was first made. In Volker Schlndorff's adaptation of the eponymous Gnter Grass novel, a three-year-old is determined to boycott the adult world and remain a child forever.