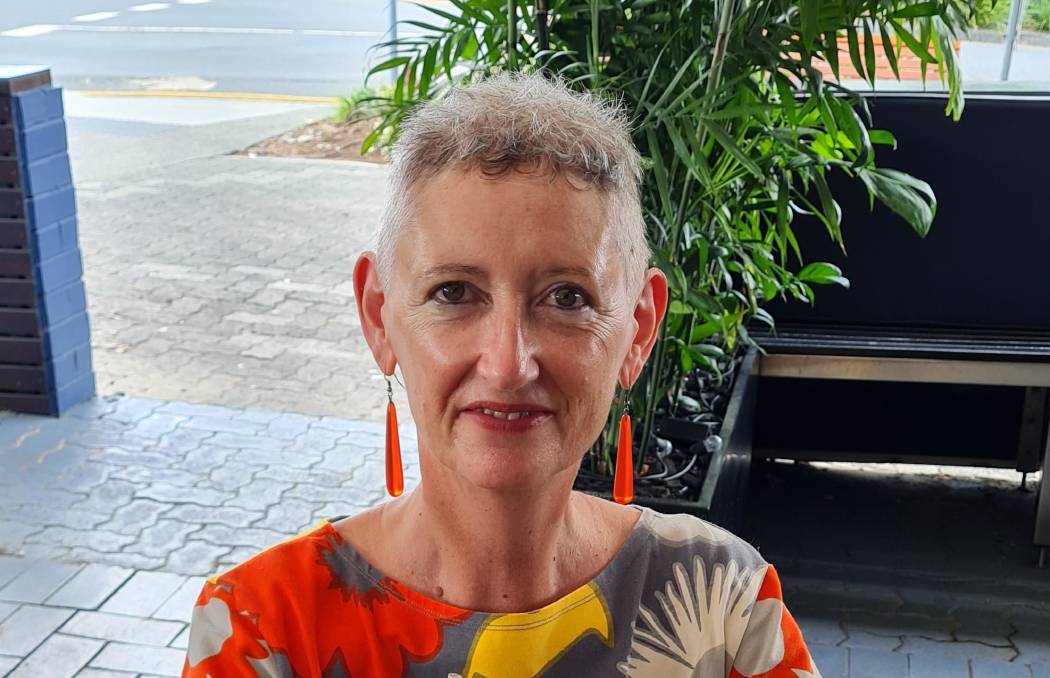 FIGHT OF HER LIFE: Long time cancer fundraiser Judi Adams is battling pancreatic cancer. Judi is urging other patients to volunteer for a new study.

Cancer fundraiser Judi Adams is in the fight of her life following a shock diagnosis.

Judi Adams has been fighting cancer on behalf of others for almost 20 years, but a recent shock diagnosis has led to a battle of a much more personal nature.

Judi, who has spent most of her life in Tasmania, received the foundation's patron's award in 2013. She was named Glenorchy Citizen of the Year for her ongoing fundraising efforts in 2014 and represented her former home state in the Australian of the Year awards after winning a Tasmanian Local Hero award in 2018.

The 55-year-old moved to Queensland in 2018 and now lives in Highgate Hill. After moving to Brisbane, she joined the Mother's Day Classic committee and helped to launch Pinktober in Queensland, having previously helped launch the fundraiser in Tasmania. She was also a finalist in the 2021 Brisbane Community Spirit Awards.

Late last year, she was feeling unwell and her boss convinced her to book an appointment with a GP for a check up.

"I went off my food literally overnight," she said.

"I'm a foodie, so to not want to eat and feel nauseous was unusual for me."

Judi said the GP suspected it was just a stomach virus, but urged her to have some tests as a precaution.

She had an ultrasound, followed by a CT scan, which was in turn followed by an endoscopic ultrasound and biopsy. The biopsy didn't reveal any cancer cells and doctors assumed they were dealing with a lesion on her pancreas. It was only during the surgical procedure to remove the lesion that they discovered it was cancer.

She woke up with a huge incision from just under her breasts to her belly button and halfway to the pelvic bone on the left hand side. Her spleen had been removed, along with a section of her stomach and she no longer had a functioning pancreas.

"The surgeon was very shocked. I had an 8cm sausage sitting on me, the tumour was that large.

"It was really quite surreal, you feel like you've had some sort of outer body experience. You think 'is this really happening'?"

Judi is currently undertaking a heavy duty three day course of chemotherapy on a fortnightly basis, which is set to finish in late June or early July. She also has to take enzyme replacements.

"Your life literally changes overnight - one minute, you've got these plans and are doing what you're doing in life, then you get caught in this merry go round of hospital visits."

Despite the shock of diagnosis and debilitating nature of her treatment, it wasn't long until Judi started asking how she could turn the experience into a positive for others.

"When something happens to me, I try to turn it outwards and think 'how can I help other people'?"

She has signed up to take part in a National Pathways Study being run by QIMR Berghofer Medical Research Institute and Pankind.

The study is being conducted online and by phone and aims to build a more comprehensive understanding of symptoms pancreatic cancer patients have experienced in order to assist earlier diagnosis.

Judi also wants to raise awareness and encourage those who are experiencing symptoms or noticeable changes in their body function, no matter how minor, to get a check up.

She said in hindsight she had been experiencing other symptoms which were related to the cancer.

QMIR is also running a PRoCESS trial which aims to provide support for carers and loved ones of people who have pancreatic cancer.

Walkers step up for cancer fight

Almost 300 people put their best forward in the fight against pancreatic cancer by taking part in the Put Your Foot Down Brisbane walk on May 15.

Weather was less than ideal for the event, with walkers experiencing 'four seasons in a day".

Despite this, walkers soldiered on and have helped raise around $50,000 for pancreatic cancer research and patient support.