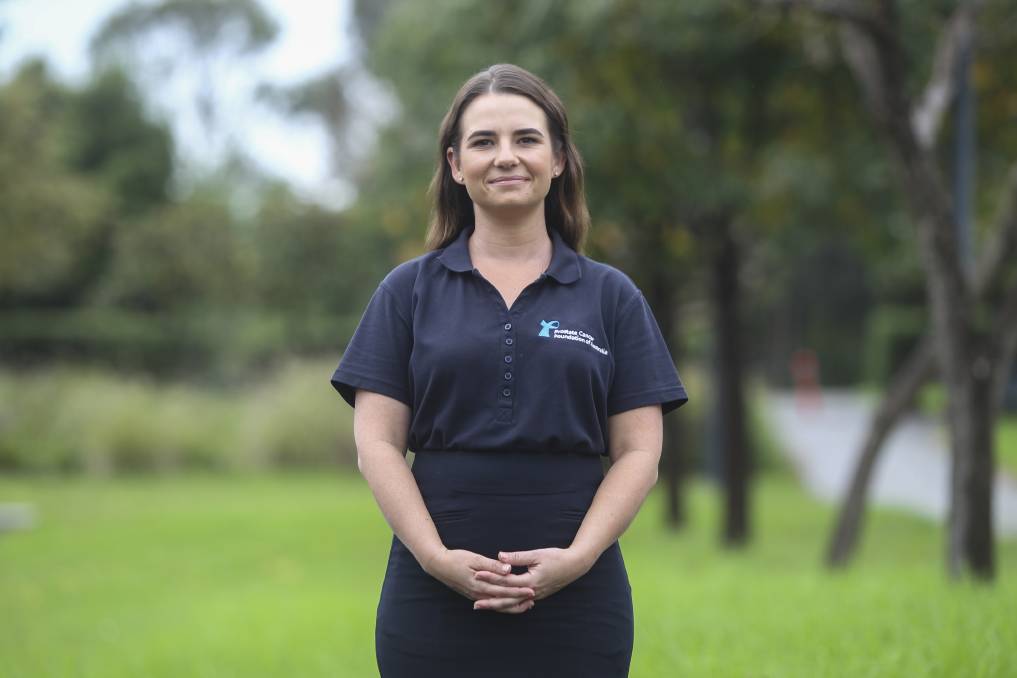 We all know about breastcare nurses, but did you know there are also specialist prostate cancer care nurses?

We all know about breastcare nurses, but did you know there are also specialist prostate cancer care nurses?

Kristy Wiedl is the 100th such nurse from The Prostate Cancer Foundation of Australia, and is based at Campbelltown Hospital in south west Sydney.

Her role involves helping out with all manner of care throughout the cancer journey.

"We provide specialist care for men from when they're initially diagnosed all the way through their treatment, and the transition into palliation or survivorship," Ms Wiedl said.

"We help them navigate the healthcare system and explore treatment options. There's many complex decisions for them to make, including surgery and radiotherapy, weighing up side effects.

"We're an essential point of contact to help them with their health literacy and understand their disease."

Ms Wiedl said it was vital to diagnose people as early as possible to improve the outcomes of their treatment.

But unlike with breast cancer in women, where there are signs and symptoms to look out for, prostate cancer is harder to find on your own.

"A large proportion of people don't have symptoms," she said.

"Some we'll see through a PSA blood test, or a potential tumour market could bring them to us.

"If they present at more advanced stages there could be urinary changes, perhaps incontinence or they can't pass urine. Many people could also thing this is just due to ageing.

"In people with diabetes or cardiovascular conditions, the symptoms can be unnoticed which is a challenging part. The Prostate Cancer Foundation is looking at new guidelines on PSA testing and they're trying to get that message out to men, about going to their GP and talking about the risks."

Ms Wiedl said speaking with a GP about prostate was vitally important for men.

New data has revealed men in south-west Sydney are 16 per cent more likely than the national average to be diagnosed with prostate cancer. But they're also 25 per cent less likely to die from the disease.

The figures suggest men in the area are already more likely than others to see their GP about prostate cancer, meaning their conditions are caught earlier and they give themselves the best chance of recovery.

"Any man who's getting close to 50 or has a family history should speak to their GP and discuss whether or not to have a PSA test," Ms Wiedl said.

"The earlier we can treat this, the better."

Ms Wiedl said she was excited by new research which indicated engaging in an exercise regime while undergoing prostate cancer treatment resulted in better outcomes.