Increased paperwork and funding cuts are leaving people with disabilities without critical services, according to speakers at a rally in Wollongong. 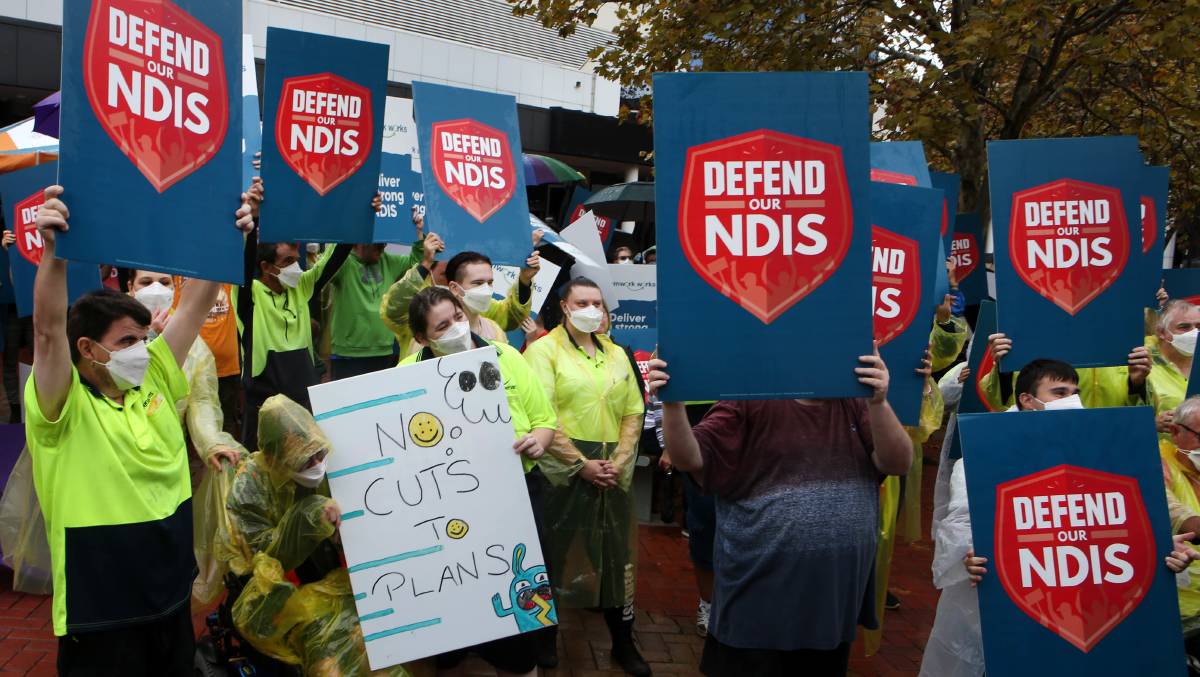 People with disabilities are having their support funding cut and are being snowed under by growing documentation requirements leaving many without critical services, according to speakers at a rally in Wollongong on NSW's south coast.

Scores of people gathered in a rainy Illawarra region Arts Precinct on Thursday to protest individual plan cuts and a "weakening" of the NDIS in the decade since its creation.

Leading the rally, the CEO of CRAM foundation Karen Burnett said the scheme had bipartisan support from all parties but that the sector was "fighting to ensure that this NDIS remains strong."

Locally, she said 12,000 jobs were supported in the Illawarra through the NDIS, and that the sector contributed $1.1 billion to the local economy.

Likewise, CEO at disability support service Allevia Phillip Petrie said the weakening of the NDIS was not only affecting individuals, but would also hit the economy.

"The NDIS has delivered so many things for so many people, but unfortunately it seems to have lost its way," he told the crowd. 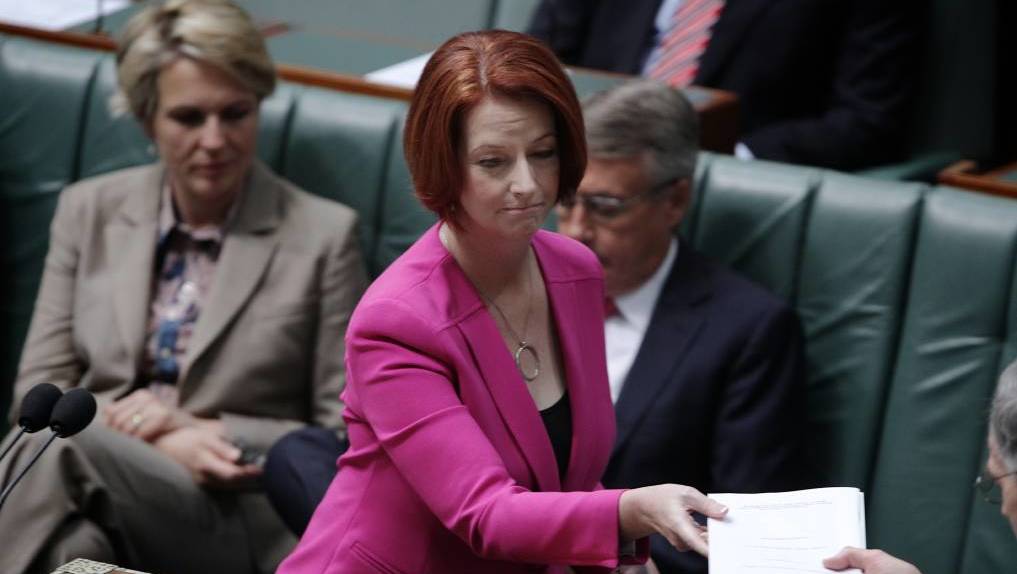 "There's a rhetoric that's rolled out that the scheme costs are blowing out and it's unsustainable, but we've challenged that by doing our own research.

"Nationally, nearly half a million people are supported formally by the NDIS, and one dollar spent in NDIS funding contributes $2.25 to the national economy.

"So in the last financial year, they spent just under $30 billion on the NDIS,.. but that actually returned nearly $54 billion into the national economy. You can't tell me that the NDIS is a drain on the public purse."

People with disability and their families and carers shouldn't have to fight all the time to get the help and support they need. You have enough on your plate ...

With the federal election looming, speakers also focused on their message for the next Australian government.

"We're calling on all candidates not just to support the NDIS, because they can't take it away - but they can meddle in it, they can change our individual funding packages," Mr Petrie said.

"I am unfortunately hearing so many stories of people who are suffering because they've been told their plans have been cut and they haven't been given a reason for why they are being cut."

Candidates from various parties were invited to attend the rally, with Labor's Alison Byrnes and the Greens Dylan Green - both candidates for Cunningham - in attendance. Ms Byrnes said, under the current government, people were having to provide more evidence than before to get the outcomes that they need.

"There has been a 400 per cent increase in appeals of NDIS decisions and the NDIA has spent $28 million on legal fees in the last six months alone - imagine the amount of support and care that that money could have provided," she said.

"People with disability and their families and carers shouldn't have to fight all the time to get the help and support they need. You have enough on your plate without having to fight every step of the way."

Read more: 'Every child is a blessing': Parents fire back at PM Scott Morrison's autism comment

She said Labor would "stop the cuts to NDIS plans" and make the scheme more transparent by bringing forward a planned review of the scheme and investigating the way the NDIS call centre operates so participants and their families get the best possible service.

Mr Green did not speak at the rally, but said he supported the calls from the Illawarra Disability Alliance.

He said The Greens would increase funding for the NDIS. 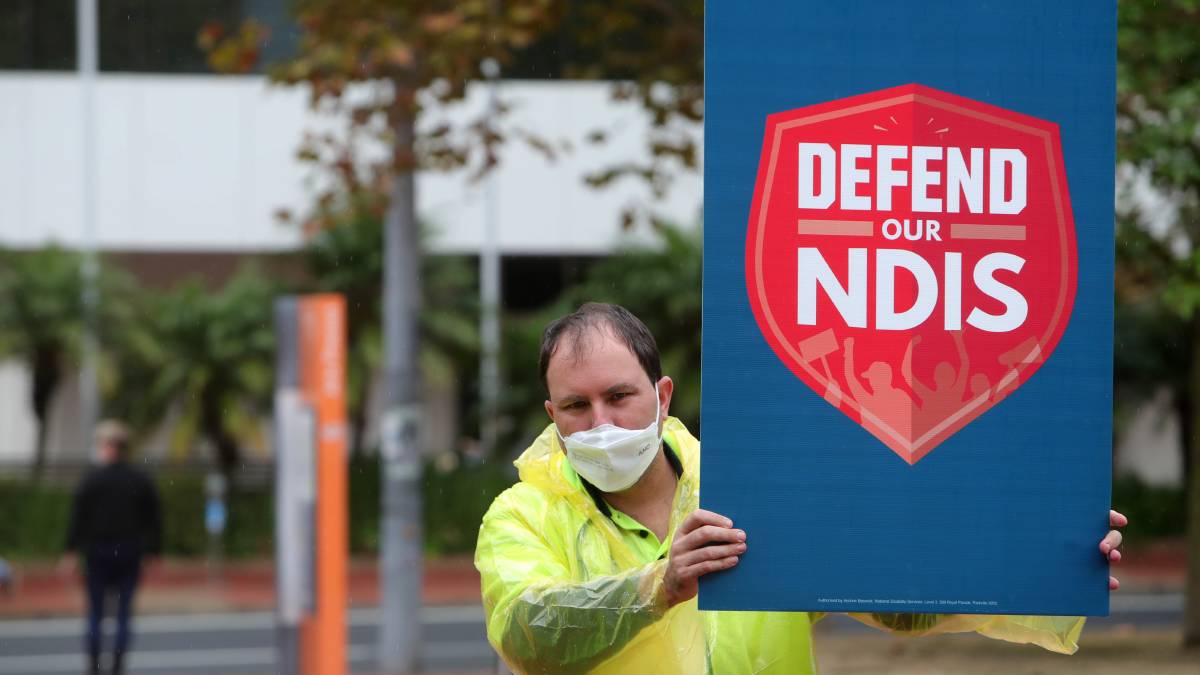 "The Greens want to ensure that people with disabilities are at the centre of decision making, policy and planning through a $30 million increase in Commonwealth funding for disability advocacy organisations over four years, and $300 million in the NDIS Quality and Safeguards Commission," he said.

"In this budget, NDIS funding grows in every year. Under the Coalition, the NDIS will always be fully funded," he said in his budget speech.