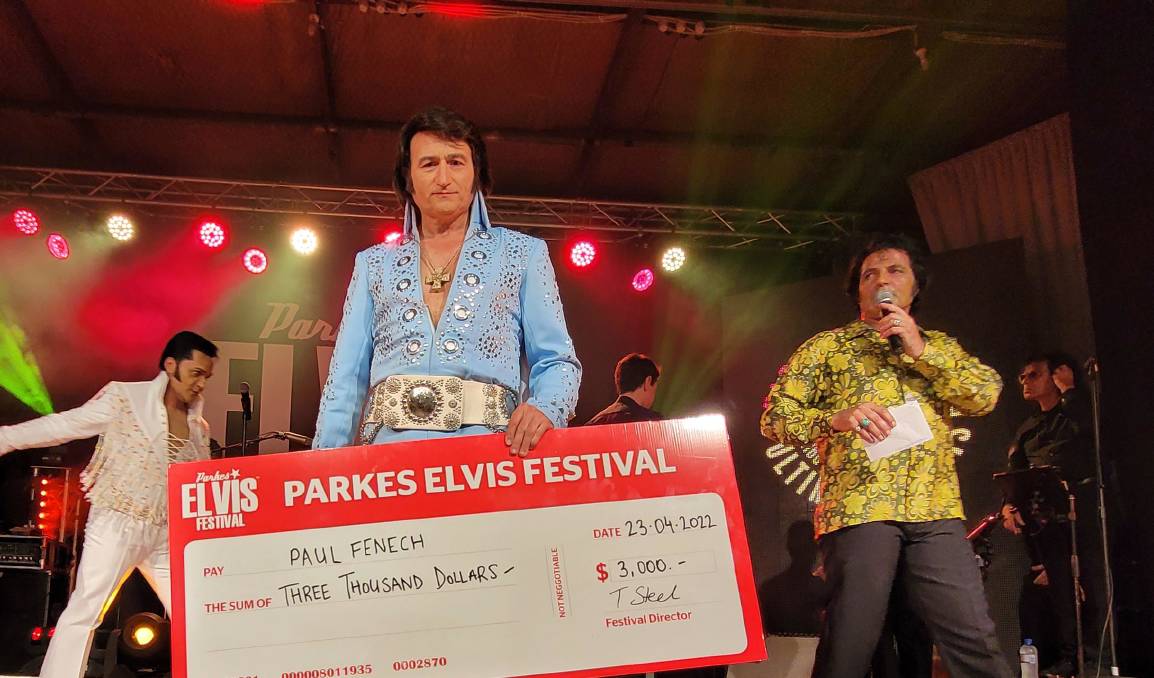 They gyrated their hips, belt out the classics, crooned and wooed the crowd, but only one could take home the crown.

Sydney's Paul Fenech has been crowned winner of the Parkes Ultimate Elvis Tribute Artist Contest after taking on 17 of the top Elvis tribute artists from across Australia and overseas.

The competition was held as part of the Parkes Elvis Festival, hosted over April 20-24.

With pompadours, leather and blue suede shoes on show with all their glory, 18 expert Elvii took to the Parkes Leagues Club stage before a panel of judges in the hopes of winning the honour to represent Parkes at the semi-final round during Elvis Week in Memphis, USA.

Contestants were judged on vocals, appearance, stage presence and the overall quality of the performance. The stakes were high, with Paul not only going through to the semi-final in Memphis this August, but also winning an $3000 cash prize, and a $US2000 ($2775.33) voucher from B&K Enterprise Costume Co.

The Parkes Ultimate Elvis Tribute Artist Contest is serious stuff for semi-professional and professional artists and is a part of a worldwide search for artists who are the best representation of the Legacy of Elvis Presley, officially endorsed by Elvis Presley Enterprises.

"Paul has been performing at Parkes Elvis Festival for many years and is always hugely popular with our audiences. His powerful vocals and energetic performance at this year's contest made him a clear a deserving winner and someone we're proud will represent us in the USA later this year."

Paul Fenech is an experienced Elvis Tribute performer, with more than 19 years of international and domestic experience including regular performances in Memphis, New Zealand and Asia.

Paul's shows are known for their emotionally charged energy and crowd interaction.

Although he's never seen Elvis perform live, Paul now lives out his dreams by being able to perform in the shadow of his idol. Paul's son Anthony, competed against him in the 2022 Ultimate Elvis Tribute Artist Contest, making it to the finals alongside is father.