It marks the anniversary of the first major military action that Australian and New Zealand forces fought during the First World War. 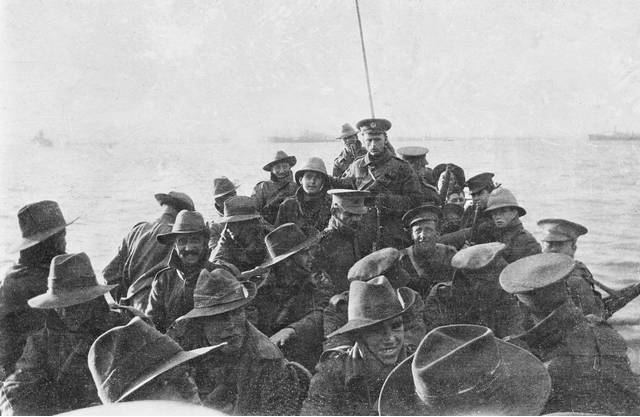 Anzac Day, April 25, is one of Australia's most important national occasions. It marks the anniversary of the first major military action that Australian and New Zealand forces fought during the First World War.

The Ode of Remembrance is the fourth verse from a poem called For the Fallen, by Laurence Binyon, written in 1914, and is recited at memorial services.

They shall grow not old,

As we that are left grow old,

Age shall not weary them,

Nor the years condemn.

At the going down of the sun,

And in the morning

We will remember them.

What does ANZAC stand for?

ANZAC stands for Australian and New Zealand Army Corps. The soldiers in those forces quickly became known as Anzacs, and the pride they took in that name endures to this day.

The Australian and New Zealand forces landed on Gallipoli on April 25, meeting fierce resistance from the Turkish Ottoman defenders.

What had been planned as a bold stroke to knock Turkey out of the war quickly became a stalemate, and the campaign dragged on for eight months.

At the end of 1915, the Allied forces were evacuated from the peninsula, with both sides having suffered heavy casualties and enduring great hardships. More than 8000 Australian soldiers had died in the campaign.

Why is this day special to Australians?

Gallipoli had a profound impact on Australians at home, and April 25 soon became the day on which Australians remembered the sacrifice of those who died in the war.

Although the Gallipoli campaign failed in its military objectives, the actions of Australian and New Zealand forces during the campaign left a powerful legacy. What became known as the "Anzac legend" became an essential part of the identity of both nations, shaping how they viewed their past and their future.

In 1916 the first Anzac Day commemorations were held on April 25. The day was marked by a wide variety of ceremonies and services across Australia, a march through London, and a sports day in the Australian camp in Egypt. In London, more than 2000 Australian and New Zealand troops marched through the streets; a London newspaper headline dubbed them "the knights of Gallipoli". Marches were held all over Australia; convoys of cars carried soldiers wounded on Gallipoli and their nurses in the Sydney march.