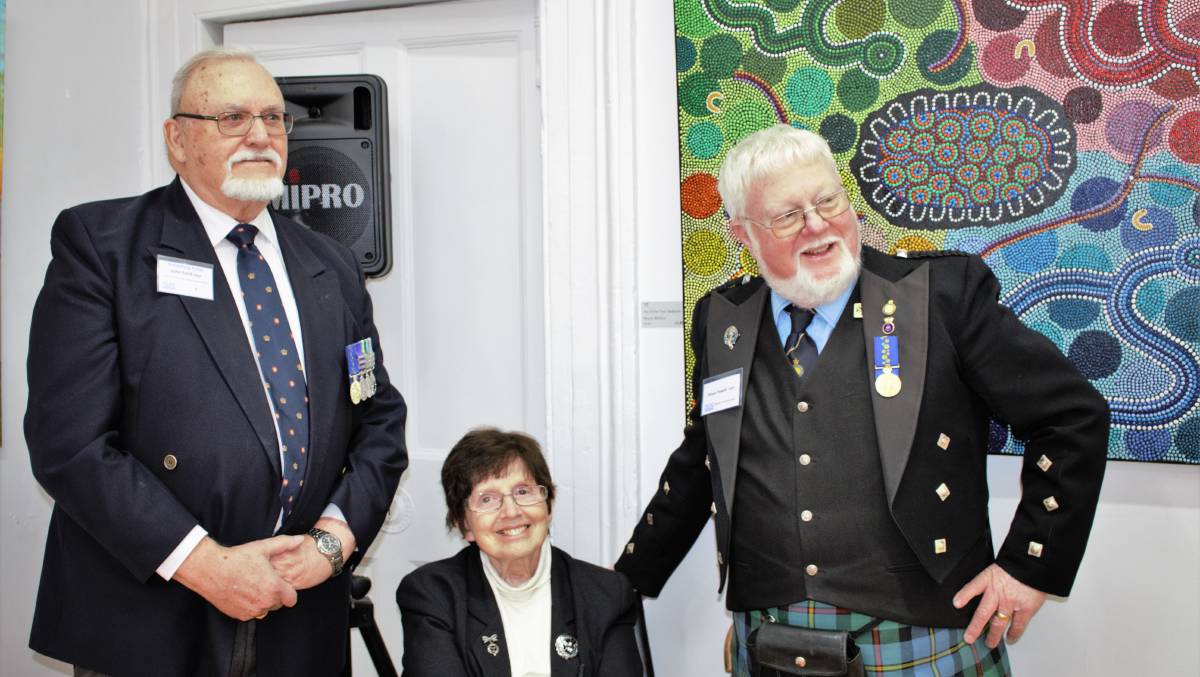 Recollection can evoke memories, and it's with this intention that Port Community Arts Centre hosted an exhibition titled Remember When.

Pushed back at least two years because of the pandemic, the show welcomed 251 people through the Black Diamond Gallery doors at Port Adelaide from April 2-17. Governor Frances was the guest of honour and opened the show.

The exhibition raised $705 for Military and Emergency Services Health Australia (MESHA), which works to support the mental health and wellbeing of current and former military and emergency service personnel and the people who love them.

"Artists could decipher the title and fit it into their art piece," he said.

A total of 51 artworks were featured, 10 of which were by veterans. Among the mediums exhibited included three-dimension, plus linotype, acrylic, watercolour and mixed media.

There was no curating as such. "We accept all works - we don't pre-judge," John said. "Anybody who has the courage to come forward in the arena, we welcome it."

Choosing MESHA as a group to support came from inspiration within the centre's board - one board member is a MESHA tutor, and Mr Ford was in UK's Royal Air Force from 1958-1975.

John was very pleased with the level of talent that was on show, and added a little British dry humour.

"I found it rewarding that the exhibition looked very good," John said.

"It's funny how when you say 'the governor is coming' how everyone changes their dress code."