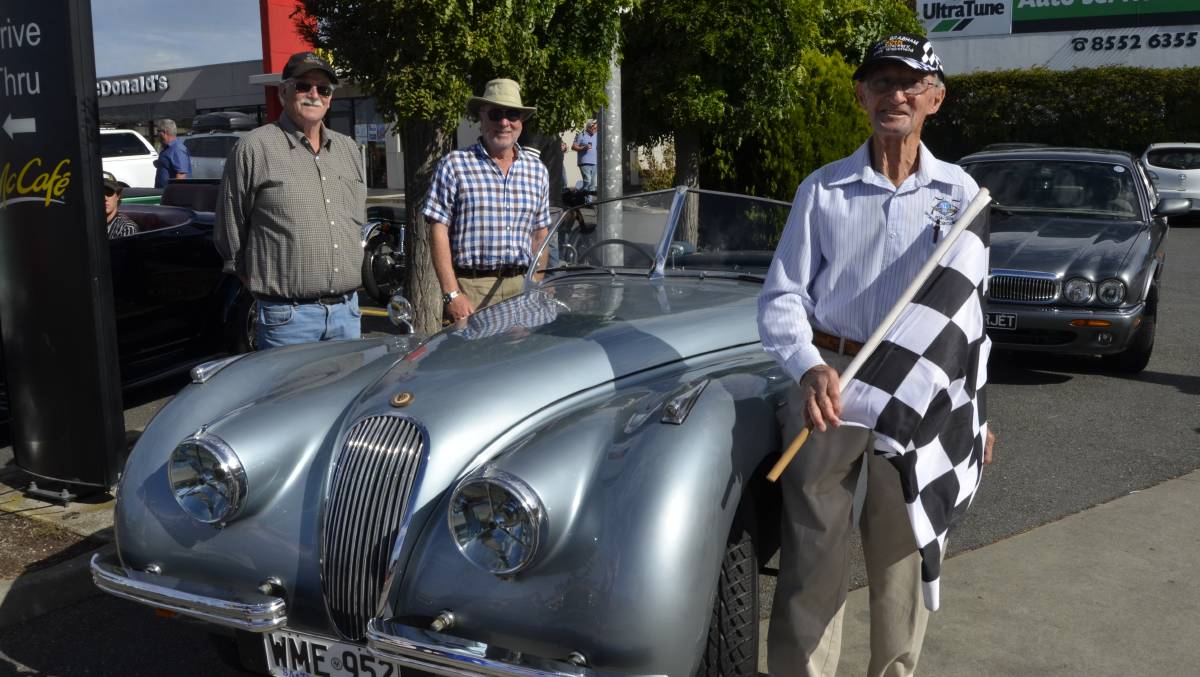 Not all the Grand Prix action was in Melbourne on Sunday, April 10; the McDonald's Victor Harbor car park was the destination of up to 100 classic cars from throughout South Australia and a crowd of car enthusiasts.

Glen Dix, the supremo of Grand Prix flag marshals, showed his flair, waving off the cars both from McDonald's car park and the start point of the Grand Prix route.

Spectators set up at vantage points along Waterport, Adelaide and Port Elliot roads to view a wide variety of car models and colours as they followed the original route.

The cruise concluded at the Information Bay on Adelaide Road, which holds the 1936 Grand Prix memorial plaque.

Braving windy conditions, Barry Hills saluted the event from the air in his 1940 Tiger Moth.

"The input of all the volunteers has made this a successful event," Lester said.

Cars 'n' Coffee organiser Lester Williamson said it was expected more than 60 cars will be involved and it would be a spectacular sight watching the vehicles cruise through the region and in particular through the township of Port Elliot.

"We had the classics, the MGs, Monaros, Hot Rods and sports cars all taking part. It was a truly fantastic event."

The classics of yesteryear cruised two laps of the course of the 1936 Grand Prix, which included Waterport Road, Adelaide Road and Port Elliot Road.

To minimise traffic disruption the vehicles did a rolling start and went anti-clockwise so it was left hand turns only. The MGs were front and centre for the start of the race, as an MG won the event in 1936.

The event started at 10.30am, following the Cars 'n' Coffee's regular gathering at McDonalds car park.

"Driving into Victor Harbor along the Port Elliot Road, check out the 1936 Grand Prix shed mural on the left hand side," Lester said.

The story Classic wheels on the road first appeared on The Times.