There are tax effective ways to invest for your children or grandchildren. 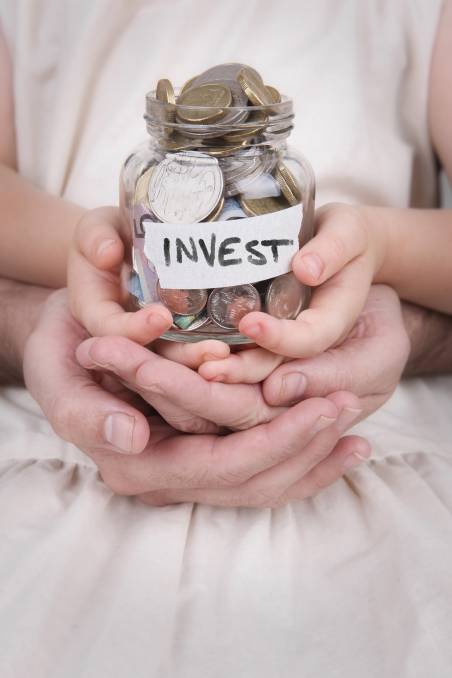 There are tax effective ways to invest for your children or grandchildren. Picture: Shutterstock.

Investing for children and grandchildren is one of the most common questions I receive.

It's a challenge because "unearned" income is taxed at an effective rate of 47 per cent once that income reaches $416 a year.

Investing by the parent as trustee

This is a common strategy, but most people have no idea of the possible consequences of doing it. It does not get you around the punitive children's tax rates because the trustee will be assessed at the high rates and there is a major difficulty in that the parent must at all times act as a bona fide trustee and not intermingle trust money with their own.

For example, in a leading tax case a couple accumulated a substantial sum in a trustee bank account and then withdrew it to buy a unit for the use of their children while they were at university.

The parents decided to put the unit in their own name and not the children's name - the tax office successfully claimed that the money was in fact the parents' money and assessed them for five years' back interest.

Investing directly by the parent

A better strategy in many cases is to invest in the name of the lowest earning parent. Provided the parent earns less than $45,000 a year, the maximum rate of tax is 19 per cent and all income that is derived from franked dividends is almost tax free because of imputation credits.

It also reduces the possibility of the tax office disputing the ownership because parents are free to give money to their children whenever they wish. The only disadvantage is that CGT will apply if the parent transfers the asset to the child at a later date. Also, if the money is held by the grandparent it may affect their age pension.

Insurance bonds, are one of the simplest and most tax effective investments available. All you have to do is make an investment into the bond and sit back and watch it grow.

Then, after you have owned the bond for 10 years you can withdraw all or part of the proceeds free of tax. However, there is no obligation to withdraw your money and you can leave it in the low tax bond area for as long as you wish.

Your money is not tied up for 10 years and you can withdraw all or part of the balance whenever you wish. If you do withdraw your money early, the profits will be fully taxable, but you will be entitled to a 30 percent rebate to compensate for the tax already paid by the fund.

Insurance bonds are like superannuation. The fund itself pays tax on behalf of the investor which means there is no need to include any income in the investor's yearly tax return. However, there are certain critical differences. Superannuation funds pay tax on your behalf at 15 per cent, investment bond funds pay 30 per cent.

The amount you can place in superannuation is limited and your money is tied up until you reach your preservation age. There is no loss of access when you place your money in insurance bonds, and the amount you can place in them is limitless. The cream on the cake is that they can be transferred to the child when appropriate free of capital gains tax.

I'm 67, single, debt free and have $400,000 in super in accumulation mode. I retired two years ago following redundancy. Although I intend to apply for the part-age pension, I've been surprised at how well I've been managing on the $40,000 a year I've been withdrawing tax free from super.

My fund is one of the best performers and the annual accumulation amount usually either covers the amount I withdraw or close to it.

Is there any reason why I couldn't continue this arrangement, leaving my super in accumulation mode, or would it be better to convert to pension mode? Would the latter make any difference to part-pension eligibility?

Congratulations - you've got yourself a great retirement. But keep in mind that superannuation fund in accumulation mode pays 15% income tax on its earnings from the first dollar earned.

By moving to pension mode your fund will become a tax free fund which should mean higher net earnings, but you will be required to draw a minimum amount each year. When the new rules take effect from July 1 you'll be able to contribute non-concessional contributions to age 75 so I suggest a better strategy would be to convert the fund into pension mode now, take the minimum drawdowns and then re-contribute any excess money as a non-concessional contribution.

An added benefits of doing this is you will be reducing the taxable component in your fund. Furthermore, it makes little difference to your part-pension eligibility as money in super accumulation or in pension mode is treated the same by Centrelink.

My wife and I are both 59 and hoping to retire in a year. Both of us are part of defined benefit superannuation with a combined value of about $1.1 million and I have also an accumulation fund of about $600,000.

We own our home but have an investment property with a mortgage of around $1 million, which takes up almost a quarter of our current income after rental income. Is it worth holding on to this property after retirement in terms of value or tax benefits, or is there any other restructuring possible using our superannuation to optimise our post-retirement income?

The two main issues I see here are the potential of the property, and capital gains tax if it is sold. If the property has good potential, I suggest your best option is to retain it and make up any shortfall in your spending by making lump sum withdrawals from your accumulation fund after retiring.

If capital gains tax is an issue you should wait to sell it until you retire and your income is lower - this may reduce CGT to some extent especially if you make tax-deductible concessional contributions of $27,500 each in the year of sale.

The shares provide useful dividends, and the refund of franking credits are great, but I wonder if I would be better to cash in the shares and put all the money into the reverse mortgage. If I did this I would no longer worry about the interest compounding, and my nephew would still get his inheritance because there would be very little debt against the home. I just wonder what you think.

I wouldn't be in a hurry to cash the shares in. If we assume the reverse mortgage interest rate doesn't change the debt would be around $150,000 if you live to age 98.

If your house grew at 2 per cent per annum it would be worth $2.2 million at that time, so the net amount available to the beneficiaries of your will would still be substantial. I suggest you enjoy life, and use the dividends from the shares to have a better standard of living.