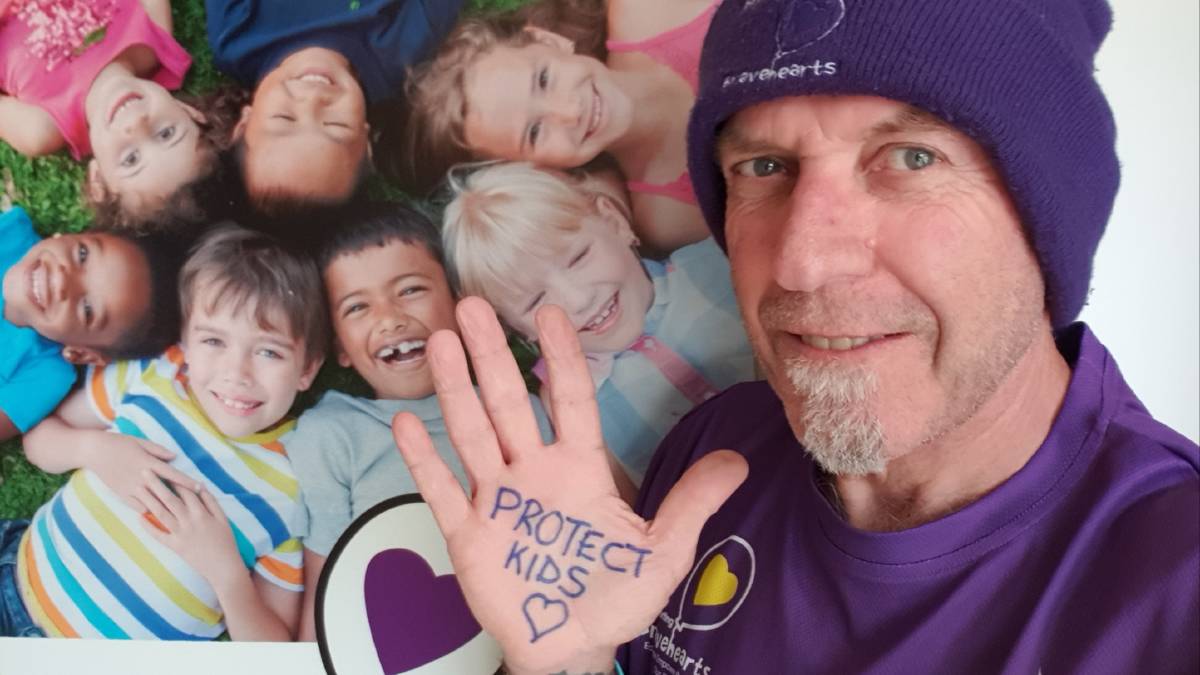 If injuries and Covid-19 restrictions don't arise, Chris Glacken will run his 300th marathon this winter.

The 62-year-old Findon resident and grandfather of two is ready to participate in the Bravehearts 777 Marathon - seven marathons in as many days and states. The Adelaide leg, scheduled for June 28, would mark his triple centenary run.

Find a group to run with; it motivates you and you're held more accountable to go. - Chris Glacken

Running 42.195km 300 times is no easy feat; for context, Earth's diameter is 12,742km and he would have run 12,658.5km. But it's clear from his actions that the mix between social interactions, wanting to help others, and the solace of the sport itself, are drivers for Chris; he has started his own running group Coastalfunruns, which has up to 1700 members, and Bravehearts is one of the charities it raises funds for.

"I like talking to people when I run, and there's always a crowd at the start of a race, so I'll talk to anyone who wants to talk there, and if there is someone on the course who wants to chat as we run, I'll talk to them there, too," he said.

It was at the starting line of his first run for Bravehearts in Adelaide in 2015 that he met a fellow runner, who through the course of the run, shared her story of sexual abuse as a child.

"She was in tears and I made a promise to her that I'd do the 777 with her, and we keep running together," he said.

It was from here that Chris keeps supporting the organisation and their work to offer counselling, support, training, education, research and lobbying for matters involving child sexual abuse.

Chris will have completed 300 marathons by the time he reaches the Adelaide leg of the Bravehearts 777 Marathon in June 2022.

Chris isn't doing any particular specific training for this year's 777 as he often runs marathons with his running group, plus shorter runs through volunteering at the Port Adelaide Football Club. For example, he ran about 11.5km at the SANFL showdown between Adelaide and Port Adelaide on April 1.

"Sometimes I do 15km in a game. They're short and sharp runs, which are good too," he said.

"Speaking of Port Adelaide I did a few years ago get permission to run 225 laps - more than 100km - of Alberton Oval as a fundraiser for Bravehearts. I had numerous people join me throughout the day for a few laps at a time and we had a money tin for gold coins."

Along the route for 777 events, there are a few things that he does to keep himself going. For example, he doesn't carry his own personal nutrition such as gels, but he always reaches for a couple of vegemite sandwich triangles from the refreshment station on the loop to keep his energy levels up.

"I also request an iced coffee at the end of each marathon and they always prepare one for me," he said.

Chris said on any marathon, proper footwear is particularly important to help prevent injuries and be comfortable in the race. For himself, he broke his big toe on his right foot some time ago, and now runs with more weight on the outer edge of his heel, wearing down the same part of his right shoe down a lot quicker than his left. For any marathon he runs, once the crowd thins out and he's reached the half-way mark, he'll put earbuds in and listen to the back catalogue of one artist only - Alanis Morrisette.

His advice for anyone who might be considering taking up running as a hobby was to focus less on times or distances and more on the enjoyment of it.

"Find a group to run with; it motivates you and you're held more accountable to go," he said.

Bravehearts 777 Marathon this year starts at Perth on June 27 before moving through to Adelaide, Melbourne, Launceston, Sydney, Canberra and the Gold Coast.