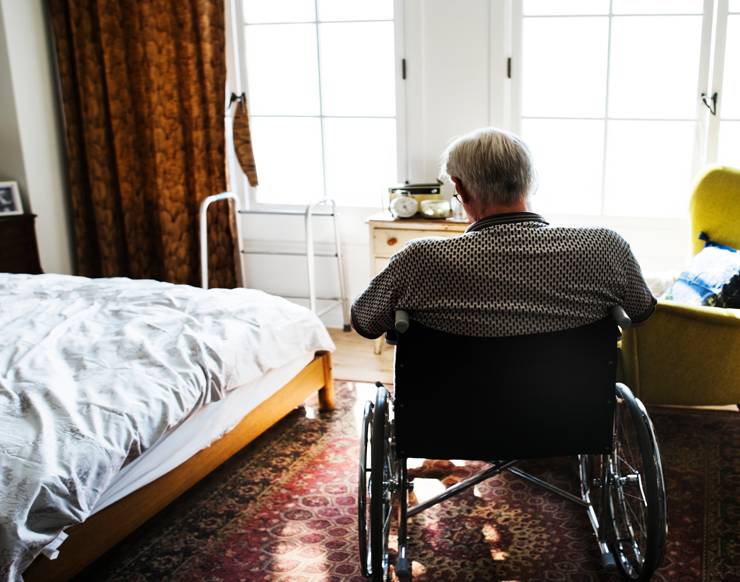 There's no doubt about it, aged care will be in the frontline of the federal election campaign.

Aged care looks set to play a key role in the federal election campaign, with Labor saying some providers could face jail time for serious breaches and the Liberal government defending its record in the sector.

Under Labor's aged care plan, providers could face criminal and civil penalties, including jail, for serious and repeated breaches of a new-look General Duty of Care, breaches that are found to be deliberate and those that facilitate and cover up abuse and neglect.

It will appoint a new aged care complaints commissioner as part of a new fast-tracked, improved complaints process recommended by the Royal Commission into Aged Care Quality and Safety.

Also included in the plan are stronger investigative powers for the Aged Care Quality and Safety Commission, a requirement to have a registered, qualified nurse on site 24/7, mandatory care time reporting, and the need for providers to publicly report on the expenditure of residents' and taxpayers' money.

Opposition leader Anthony Albanese said Labor would back the workers' calls for better pay at the Fair Work Commission and fund the outcome.

Health Minister Greg Hunt and Aged Care Services Minister Richard Colbeck came out swinging at Labor's plan, saying it had "completely ignored" home care and "gone against the explicit recommendations of the royal commission with grave risks to rural and regional nursing homes".

The ministers defended the government's reform of the aged care sector.

"Every single day since we responded to all 148 recommendations of the aged care royal commission, vital aged care services are being strengthened and improved," they said in a joint statement.

They said the government supported 24/7 nurses in aged care - in the time frame recommended by the royal commission, saying rolling out the strategy any sooner would risk the closure of aged care facilities.

"Staff ratios go against the very notion of the case mix staffing and funding model," the ministers said.

"Requiring 24/7 nurses immediately... is well ahead of the recommended 2024 timeline and threatens to devastate age care provision, particularly in smaller regional communities."

Mr Albanese told parliament Labor would mandate the royal commission recommendation that aged care residents receive a minimum of 215 minutes care per day. Mr Hunt and Mr Colbeck responded that the government had already accepted this recommendation, which would come into force from July 1, 2024.

The ministers said the government had taken steps to improve food and nutrition standards with the introduction of the $10 per resident per day Basic Daily Fee and had "significantly bolstered" the capability of the Aged Care Quality and Safety Commission.

As for an aged care workforce wage increase, Mr Hunt and Mr Colbeck said the government "will respect the Fair Work Commission in its consideration of a wage rise".

Releasing the plan, the organisation's chief executive Kasy Chambers said Australians still did not have the aged care system they deserve.

"Workers are leaving the sector, driven out by low wages," she said.

"Some people are being turned away because there aren't enough staff to look after them. Others are going into care too early because they can't afford rent, or to age safely at home."

Ms Chambers said action was urgently needed to address the current crisis and prepare for the future.

"That means boosting wages for aged care workers," she said.

"One-off payments and other band-aid solutions will not keep staff in aged care. A pay increase is the best way to retain workers and attract new ones."

"Our aged care workers have worked themselves to the point of exhaustion these past few years battling COVID and keeping our residents safe," she said.

Ms Smart said the workers deserved a wages boost "not only as a show of respect and acknowledgement for their hard work, but because they so truly deserve it."

She also took aim at the announcement in the federal budget of a $49.5 million aged care training package.

"We need a human services workforce strategy, not money thrown at training which does not assist in better conditions, better career paths, better employers and a well co-ordinated migration strategy to ensure that the health sector as a whole has a workforce for now and the future.

"Currently we are all using short-term measures, bonuses and short-term salary increases to keep our workforces stable."