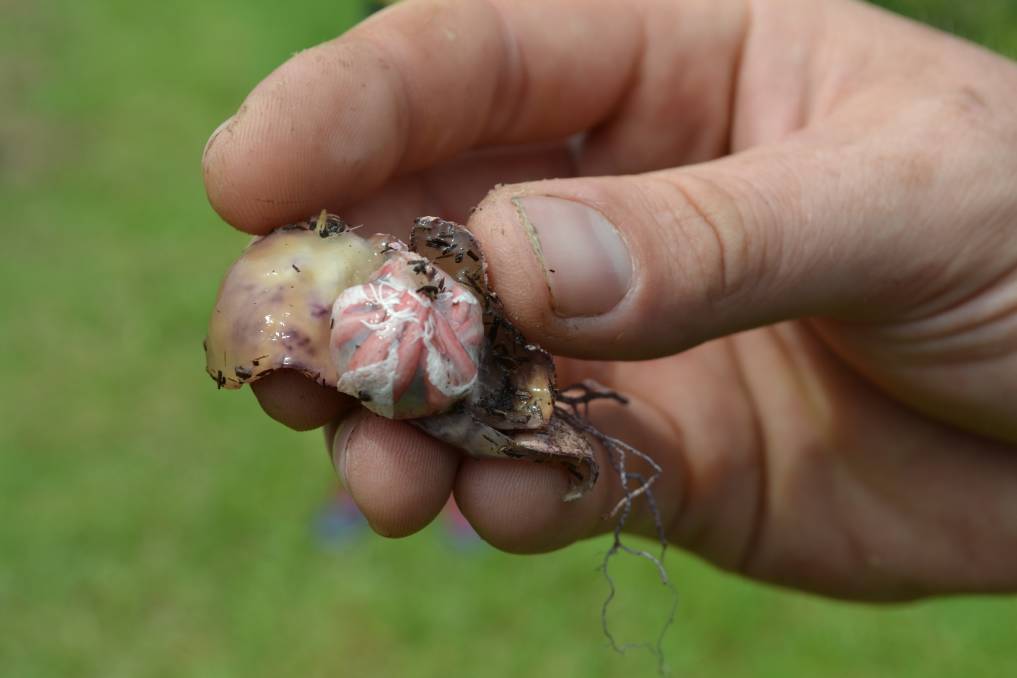 The macabre egg sac of a starfish fungus. Many of these strange fungi look odd and smell even worse. Picture: John Gabriele

Strange creatures seem to be popping up everywhere in the garden. They come in peace.

There are some strange types of fungi popping up in the most unexpected places; some of the more interesting and colourful ones are harmless but raise curiosity nonetheless.

For many gardeners the continuing wet weather is the cause of ongoing havoc, with many plants being affected by a range of parasitic fungi such as root rot, botrytis, powdery mildew and leaf spots.

There are also fungi that look rather sinister but are not as repulsive as you might think.

Take a close look at the mulch; wood chip or similar mulch materials are likely to support some rather odd-looking fungi.

Many of the toadstools, mushrooms, stink horns, star fungus and earth stars that you may find growing among the mulch are saprophytic fungi - the decomposers of the gardening world.

They feed on decomposing organic matter not live plant material, good news for gardeners and plants.

There are around 40,000 different kinds of fungi; the most recognisable being mushrooms and toadstools. Many are toxic so if in doubt don't eat it.

Saprophytic fungi tend to be some of the most interesting with their elaborate fruiting bodies.

Many of these strange growths seem to just appear overnight and their looks can be as ghastly as their smell.

Stink horn fungus certainly stands up to its name with the smell of rotten carrion, something you will not forget in a hurry.

Some stink horn fungi have an obvious smell for those willing to get close enough.

The brightly coloured, star shape and bright red throat of Aseroe rosea the anemone or starfish fungus, has a peculiar brown glistening slime at the centre.

The scientific name for starfish fungus literally means the "disgusting red" and the name for the foul-smelling brown goop which contains the fungal spores is called gleba, quite apt for something that appears so macabre.

The stinkhorn fungus looks like a finger covered in slime emerging from the mulch.

The appearance and smell of these fungi being something reminiscent of gothic nightmares, and it's no wonder most gardeners avoid them.